Beda Wennerqvist was born in Kristinehamn in 1855. Her parents were the mirror manufacturer Johan Wilhelm Wallin and Johanna Wallin. Beda Wennerqvist gained her public-school teacher qualifications in 1883 from the teacher training programme Stockholms folkskollärarinneseminarium. She then spent eight years working as head teacher at Frimurarbarnhuset in Kristineberg. For a short time she was also director at the Ebba Boström school in Uppsala.

Opinions were divided over whether the person to be appointed as director of SKM’s school at the Appelsbosch missionary station should be a woman or a man. The missionary conference in South Africa, of which the membership was solely male, proposed that a man should be given responsibility for the school. The board of SKM however, opposed this decision and wanted to appoint a female Swedish teacher to the post instead. Thus Beda Wennerqvist became the first woman to be appointed as a school teacher in the service of SKM. She was well-qualified and had professional experience as a teacher. Prior to heading to South Africa she undertook a couple of months’ language studies in Great Britain in preparation for her new post.

Both the children’s home and school based at Appelsbosch missionary station had been initiated by Fredrik and Aurora Ljungquist, and of the two Aurora performed a comprehensive and responsibility-laden yet completely unremunerated service. This seems to have been the usual pattern, at that time: the wives of missionaries would voluntarily set up enterprises which were then handed on to unmarried, salaried female missionaries. In the early 1890s there were eight women working within SKM in South Africa, of which three were married and the other five were single. The majority of these women were junior-school teachers.

Following her arrival in Appelsbosch in 1892 Beda Wennerqvist mainly worked at the school and the children’s home although she also taught sewing classes. During 1893 51 Africans attended the missionary school, and the two children’s homes – one for girls and one for boys – numbered 28 residents. In addition to her teaching duties Beda Wennerqvist spent a lot of time teaching religion. Indeed, she saw working at the school and children’s homes as a means to achieve the primary goal of educating the Zulu people about God.

Beda Wennerqvist’s diaries and letters reveal that Zulu girls and young women intentionally made their way to Appelsbosch, often after fleeing their homes. The reasons for their flight varied from escaping from forced marriages or simply a longing to learn to read. The question of whether these girls should be allowed to stay at the missionary station or be sent home led to a dispute with the missionary station leader, Fredrik Ljungquist, who believed that these girls should obey their parents, as per the Fourth Commandment. Beda Wennerqvist, however, wanted to respect the girls’ wishes. The parents’ opposition to these girls’ desires for independence was partly based on financial grounds. In Zulu culture women were always viewed as someone’s property and it was the norm to value a woman in the monetary terms of cattle.

Girls and young women also made their way to the missionary station in order to learn how to sew and mend clothes. Beda Wennerqvist used this time to pass on Bible stories and to converse with the girls in other ways about the Christian faith. One of the goals of female missionaries was to educate girls to become good Christian mothers and wives.

That this work was successful was shown by the rising numbers of students. In 1895 168 Zulus attended SKM schools whilst there were 100 residents in the children’s homes. Women formed the vast majority of the 301 members of the congregations that were established. Similarly, at the missionary schools the majority of the pupils were girls, indeed there were nearly twice as many girls as boys.

Useful co-workers were also recruited from amongst those who made their way to Appelsbosch. For example, there was Balungile, a girl who taught Beda Wennerqvist the Zulu language and proofread her drafts for lessons in Christianity. Balungile also lived at the missionary station. Another Zulu woman who worked and lived near Beda Wennerqvist was Nomampo Lutuli. Indeed it could be said that the two women entered into a mother-daughter relationship. Nomampo Lutuli made a conscious decision to be Christianised and she opted to settle at Appelsbosch and work there instead of marrying and having her own family.

Beda Wennerqvist enjoyed widespread respect. She was strict when it came to style and discipline and the Zulus valued this trait. At her boarding school the pupils were expected to obey God and his message. Beda Wennerqvist not only taught school subjects but she also disseminated a particular lifestyle, offering a powerful role model to her pupils. There was something truly impressive about her, not just in her actions but in her words and her manner. Within the English-speaking circles she was referred to as “the Princess of Sweden”.

Following her retirement in 1921 Beda Wennerqvist took on voluntary work in youth care and amongst the women at the prison in Dundee, Natal province. One of her final contributions was to prepare Svenskbo in Durban, which had been gifted by Hedvig Posse, for use as a rest home for Swedish missionaries and a meeting place for Swedish seamen.

Nickname: The princess of Sweden 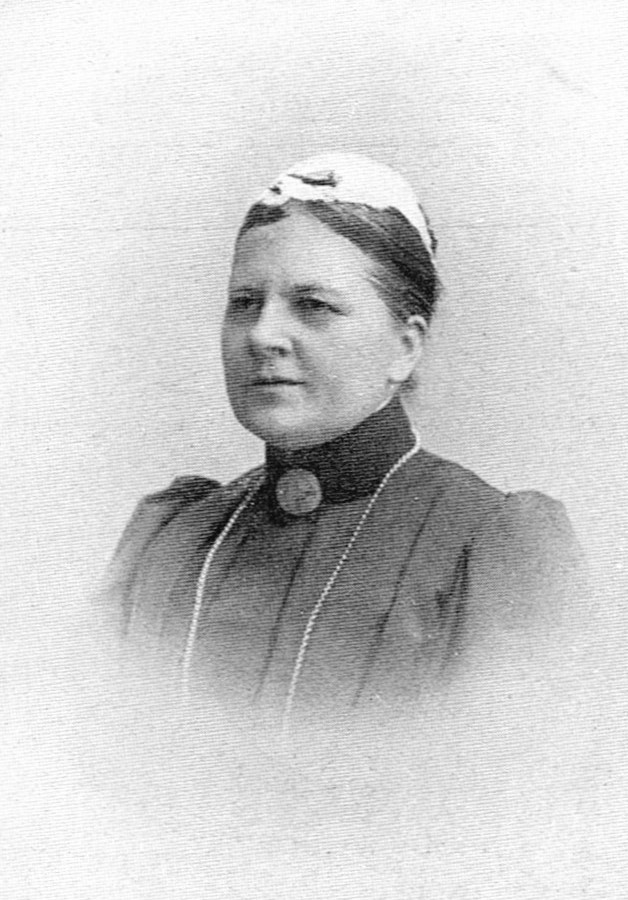