Betty Linderoth was a watchmaker who was a female role model in her field. Items of her work were displayed at the World’s Fair in London in 1862.

Betty Linderoth was born Betty Cedergrén in Stockholm in 1822. Her father, Johan Fredrik Cedergrén, was a watchmaker who ran his own establishment where pendulum clocks and pocket watches were also produced. Her mother’s name was Johanna Sofia Cedergrén. Betty Linderoth was one of nine children, seven of whom were girls. The oldest daughter in the family took a position at Riksbanken (Swedish central bank) bank note printers while Betty Linderoth, then aged twelve, began to help out at the watchmaker’s workshop. She revealed an early aptitude for doing detailed work and her father decided to train her to become a watchmaker herself.

When Betty Linderoth first started as an apprentice she suffered insults from the male apprentices and journeymen who referred to her as “the skirted clockmaker”. She came up with a solution, which was to cut off her long braids and dress like a boy. She worked conscientiously and diligently and eventually became an accomplished watchmaker. There was a young foreman at the workshop called Gustaf Wilhelm Linderoth. The two of them took a liking to each other and following Gustaf’s proposal the pair married in 1844.

That same year Gustaf Wilhelm Linderoth took over the Malmström watchmaker’s business on Drottninggatan in Stockholm. There he began to produce and import clocks under the name of G.W. Linderoths urfabrik (clock factory). The building also housed a shop. Betty Linderoth worked as forewoman in her husband’s watchmaker’s workshop. In 1845 the couple’s daughter Betty Fredrika was born, but she sadly died just a couple of years later. Three years later a son, named Johan Gustaf, was born.

The business expanded and workers were hired. Betty Linderoth trained female apprentices in a special section. Linderoths urfabrik was considered to be the leading watchmaker’s workshop in Sweden. In 1853 King Oskar I commissioned a turret clock for the fire-damaged Tullgarn castle. This led the Linderoth couple to begin focusing on larger clocks, thus turret clocks in particular began to be produced for global retail.

In 1860 Statens Järnvägar (state railway) commissioned a station clock, which became the first in a long series of clocks. Production included building-mounted clocks, loggers, regulators and ship’s clocks. Betty Linderoth became the first female watchmaker to display her work at a World’s Fair in London in 1962. She was given honourable mention for her chronometry. Her husband’s work also gained favourable judgement.

Gustaf Wilhelm Linderoth died in 1871 following a brief illness. Betty Linderoth now took over running the business. She developed her own health problems and the doctor advised her to be less sedentary and move more. She now began to make house-calls and wind the clocks for her clients. As she walked around Stockholm her health improved. Her clients included Queen Josefina, the spouse of King Oskar I, as well as their daughter princess Eugénie.

During the reign of King Oskar II Betty Linderoth was appointed royal horologist to the court. Although her son Johan Gustaf Linderoth, also a watchmaker, took over the business in 1872 Betty Linderoth continued to work until 1884. In 1889 she was made an honorary member of Stockholms Urmakarsocietet (Stockholm society of clockmakers) and three years later she became an honorary member of Sveriges Urmakareförbund (Swedish federation of clockmakers).

Betty Linderoth died in 1900, aged 88. Her remains lie at Norra begravningsplatsen (the Northern Cemetery) in Solna. In honour of women and particularly of the female watchmaker, Betty Linderoth, a Linderoth clock sounded every half hour during a municipal council meeting at the City Hall council room in December 2019. Many of Betty Linderoth’s clocks still survive on buildings in Stockholm and in other places across Sweden. 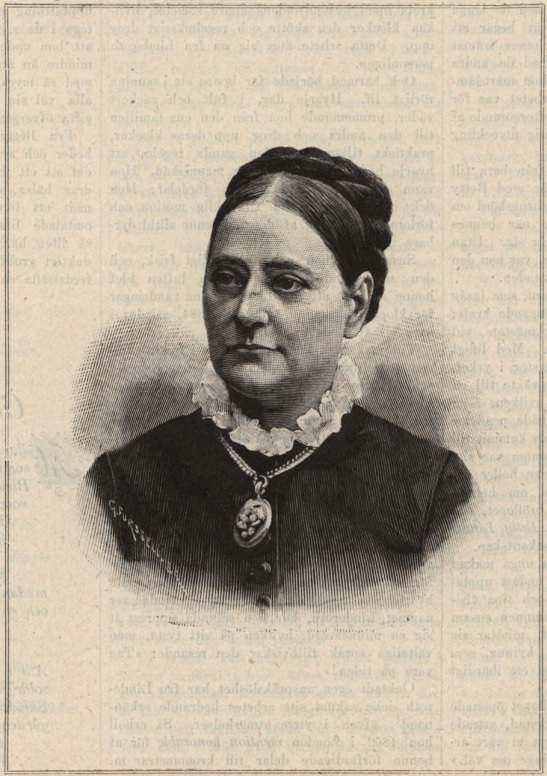