Bibbi Olsson’s many years of working as an architect with urban renewal in Gothenburg was a community service that may not only be read in individual buildings. With time she became a leading figure at the architectural firms at which she worked.

Bibbi Olsson was born Birgit Olsson but was always called Bibbi. She later registered her name as Bibbi Olsson. Both her parents were senior civil servants at the Post Office. The family lived at Brödragatan in Örgryte in a townhouse designed by Ingrid Wallberg.

After her matriculation at the grammar school for girls (Högre allmänna läroverket för flickor) in Gothenburg, Bibbi Olsson was educated as an architect at Chalmers University of Technology in Gothenburg in 1957–1961. Straight after qualifying, she was given an appointment at Lindqvist & Hedborg Arkitektkontor in Gothenburg where she was active for 17 years. In 1961, she married Lars Olsson, a physician, and three children were born at a brisk pace: Karin in 1963, Mattias in 1965 and Andreas in 1967. The Olsson family moved in 1965 to Backegårdsgatan in Utby, a unique shared home for four families designed in 1958 by Yngve Lundqvist. It remained Bibbi Olsson’s home for the rest of her life. Working life and private life seem always to have been in symbiosis for her. Her sons Mattias and Andreas, both architects, remember their mother at the large drawing board in their home. There she sketched, and there were plenty of rolls of sketching paper. As soon as the children had been put to bed, she seated herself there.

In 1978–1985, Bibbi Olsson was employed as an architect at Jan Wallinder’s architecture office. There her work was completely dedicated to the pervasive transformation of the city district of Haga in Gothenburg, that took several years. Bibbi Olsson was an important architect in the process that Haga underwent, and to which a good deal of attention was paid. She was a member of the local architecture office Haga Projektgrupp, set up at Skanstorget with about twenty people from different offices with the Gothenburg City Housing Company as their employer. The debate about the demolition of older city environments in Gothenburg during the period before the transformation had been very lively and many critical eyes were focused on the architects when the work on Haga was started. Bibbi Olsson’s skill, diligence and seriousness in her work during those years won great respect. She took upon herself the task of searching for plans and documentation that enabled the planners to learn from Haga’s original buildings so that the newly built structures would fit in even better. Bibbi Olsson carried out comprehensive so-called sun studies so that balconies and outdoor areas for play and social life would be as well situated as possible with consideration to the various seasons. She sketched and developed the floor plans of the flats and participated in the intensive discussions that were perpetually going on in the group of architects when they tested different solutions.

Many people wanted to cooperate with Bibbi Olsson in the 1980s when she was recognised as being a skilful and experienced architect. She chose in 1985 to leave Wallinder’s architects’ office and instead joined Arkitektlaget AB as a part-owner. After the Haga years, Bibbi Olsson and the others at Arkitektlaget were involved at an early stage in the pervasive city transformation that had been begun on Hisingen after the shutdown of the great ship-building yards there. Eriksbergs Förvaltnings AB, the largest landowner apart from the municipality, gave Arkitektlaget the assignment of planning the first blocks of flats on the north bank of the river, called Norra Älvstranden, and the housing areas Sunnanland and Sameland were inaugurated in 1992.

On Pier 4 at Eriksberg where the Röda Bolaget tugs were moored, Bibbi Olsson designed two new buildings. They were awarded the Per and Alma Olsson Prize in 1991 for good building with the motivation: “two beautiful buildings that are in tune with the city’s and the harbour’s traditional timbered building architecture. The treatment of volumes is pleasingly simple with brilliant details. The interiors fulfil the users’ needs and offer light and pleasant workplaces”.

Since 1978, Bibbi Olsson cooperated with the five year younger architect Pietro Raffone first in the Haga Project Group and then in Arkitektlaget. Bibbi Olsson’s openness and curiosity when confronting architectural assignments was well in tune with Pietro Raffone’s dynamic approach. They left Arkitektlaget and started Arkitekturkompaniet AB with Bibbi Olsson as managing director. They opened their office in 1992 on the quayside on the ground floor of one of the blocks of flats they had designed. Next door to the premises with the architects’ drawing boards, was a library and café run by architecture students from Chalmers.

Strollers along the quays were welcome in to see how work was getting on with the transformation of old shipyard environments. The renewal of harbour cities’ waterfronts was ongoing worldwide and the interest in Arkitekturkompaniet’s work was extensive. Bibbi Olsson and Pietro Raffone carried out important design studies and in 1994 they were awarded the prize Sveriges Arkitekters Planpris for their work at Norra Älvstranden. Two years later, the long-term task of transforming the vast Eriksbergshallen was completed and they were once again awarded Per and Alma Olsson’s Prize in 1996. The work on Norra Älvstranden in Gothenburg brought with it invitations to participate in parallel planning in many other Swedish harbour cities. Bibbi Olsson presented plans and sketches for the harbour districts in Sundsvall, Örnsköldsvik, Lomma, Malmö, Helsingborg and Stockholm.

Bibbi Olsson loved her work and she carried out all her assignments with concentrated seriousness and engagement. Architectural style was not an important issue to her, compared with the quality of blocks of flats, which she was tireless in wanting to explore and develop. With the right of old age, she handed over Arkitekturkompaniet in 2007 to colleagues who today continue to run the firm.

Bibbi Olsson was only interested in expressing herself in writing about architecture in exceptional cases, despite being knowledgeable on the entire breadth and depth of the profession. She preferred to practise her architectural profession by drawing, sketching and designing, at which her sketch books show that she was phenomenally skilful.

Bibbi Olsson died in 2010. She is buried at the Kviberg Cemetery in Gothenburg. 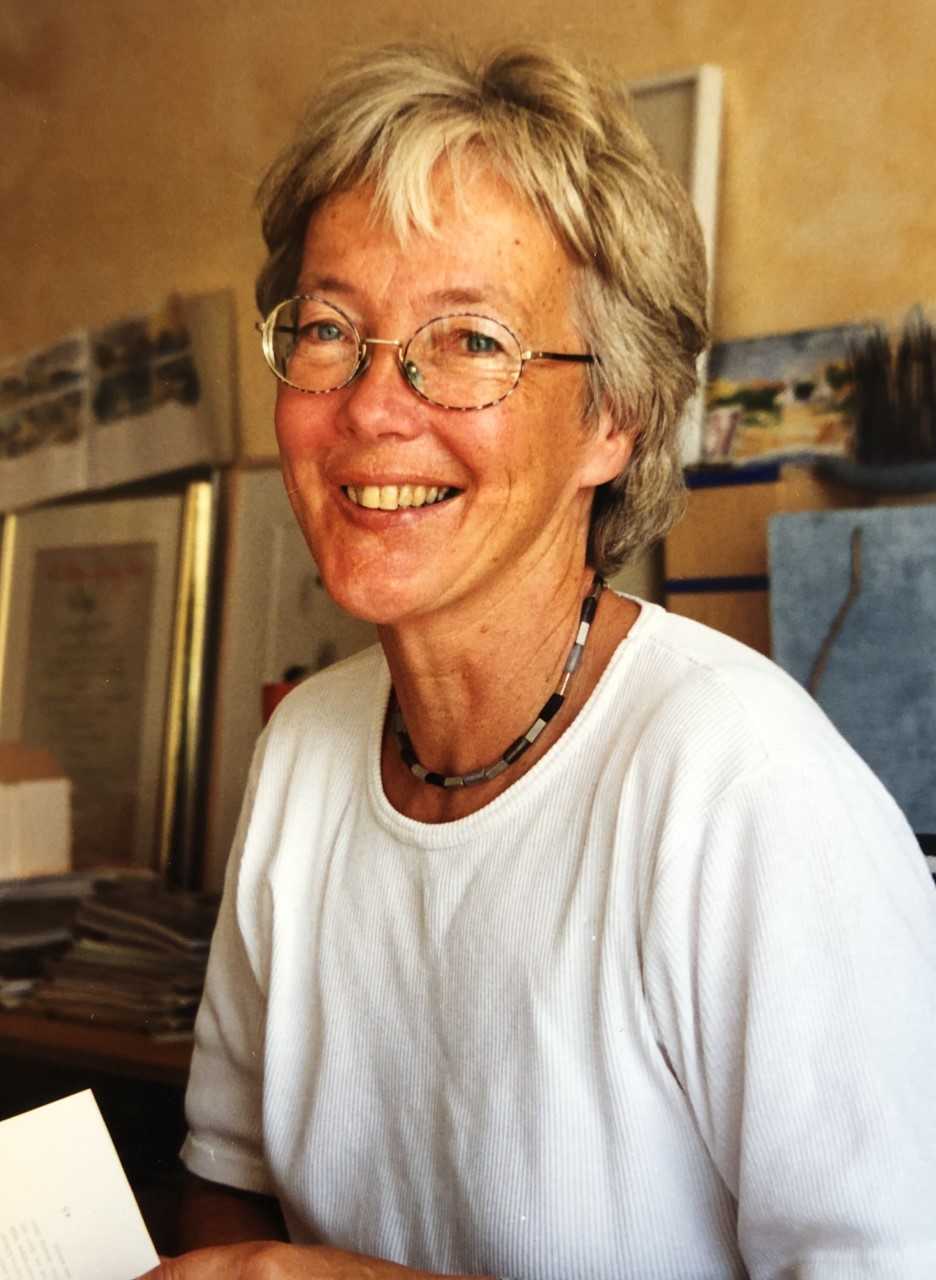