Birgitta Adde was a lawyer and the first woman district court judge in Sweden as well as being the third woman judge at the Court of Appeal. She was the source of the idea that parental leave should be counted as office time in connection with promotions.

Birgitta Adde was born in 1925 and grew up on Södermalm in Stockholm. Her parents were Leonard Lennardtsson and Brita Lennardtsson, née Johansson. She was encouraged early on, not least by her mother, to study. She was the first in her childhood neighbourhood to matriculate. Birgitta Adde was awarded her Bachelor of Laws Degree at Stockholm College in 1948, and that same year, she began her two-year service at the Nedansiljan district court in Leksand. After that, she worked at Karl Gezelius’ law firm in 1949–1950. Birgitta Adde was however not aiming at a career as just a lawyer, she wanted to be a judge. In 1951, she was appointed procurator fiscal at the Svea Court of Appeal in Stockholm, eight years later assessor and in 1964 she was made Audit Secretary at the Supreme Court of Sweden. In 1968–1970 she was a magistrate at the Crown Court in Stockholm and then in 1970 she returned to the Svea Court of Appeal as a judge. She was appointed magistrate again in 1977–1985, this time at the Södra Roslagen district court. In January 1985, Birgitta Adde was appointed as Sweden’s first senior woman judge. She was posted to the Leksand district court and held the position until she retired in 1990.

Her appointment in 1970 as a judge at the Court of Appeal received a great deal of attention in the press, since Birgitta Adde had first been bypassed by two male candidates when the appointment took place. What aroused debate was the question of the promotion opportunities at that time for state appointments and whether or not the conditions for these were equal for men and women. Absence due to pregnancy and parental leave were factors that led to loss of merit for women. Since no salary was paid out during such leave, the period of absence could not be counted as a period of employment. The regulations for how consideration should be taken to leave of absence when making state appointments were also unclear which hampered the interpretation.

Birgitta Adde appealed against the appointment to the government. She highlighted among other things the injustice of men being able to complete their military service without its influencing their period of service, while women were unable to do the same if they had leave of absence to look after children. To the evening newspaper Expressen, Birgitta Adde stated: ”Clearly, the majority of the Court of Appeal considers that a woman who has done her duty towards society by bearing and bringing up children cannot even be equated with an officer in the reserve”.

The minister of justice at that time, Lennart Geijer, took up the issue in parliament and made a fundamental declaration that enabled parental leave in future to be counted as service time in cases of promotion. Lennart Geijer also pointed out that service time was never to be the decisive factor in cases of promotion but that each individual case should lead to balancing ”merits and skills”, where merits involved service time, and skills competence and suitability. That statement did not only concern appointments for judges but all kinds of state appointment. It was to influence and improve the situation not least of women teachers when it came to appointments.

Apart from her professional career as a judge, Birgitta Adde held political assignments in 1975–1985, among others as a member of the municipal council in Danderyd where she represented the right-wing Moderate Party. 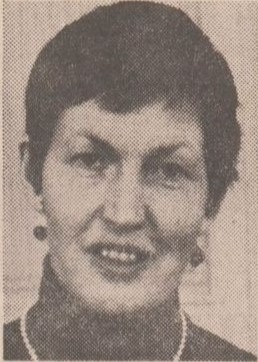