Brita Ekelund Stark was a teacher who worked in Germany, India and Israel. She lived in Jerusalem for more than 40 years, where she worked with humanitarian aid and in hospitals. She was active in a synagogue and in the Hebrew, Swedish and German protestant congregations in Jerusalem.

Brita Ekelund Stark was born in 1929 in Åsljunga, the eldest of four siblings. She took her lower school certificate in Örkelljunga and trained as an elementary schoolteacher in Landskrona. There she found her first employment later followed by others in Åhus and Östra Broby.

Brita Ekelund Stark worked during the summers as a volunteer at refugee camps in Reftele and Vrigstad at the end of the 1940s. They were run by the Inomeuropeisk Mission (IM, now Individuell Människohjälp). She met refugees and survivors from Poland and Germany. The work included social support and conflict processing not to mention cookery. The founder of IM, and its leader, Britta Holmström offered her work in Germany, which she accepted.

From 1953 until 1960, Brita Ekelund Stark worked in Berlin and in Hanover. The polarisation between east and west had increased and the operations were directed towards refugees from the DDR. With IM’s documents, Brita Ekelund Stark was able to move freely between the different sectors in Berlin. Contacts were made with among others Otto Dibelius, who was a much spoken-of Lutheran church leader during the post-war period.

Brita Ekelund Stark’s next tour of duty was in India, for the Swedish Church Mission (SKM, now Act Svenska kyrkan). She worked there as a teacher at a boarding school for Swedish pupils in Kodaikānāl, in southern India. The Swedish church had carried out missionary work in the region since the beginning of the 1900s. The town of Kodaikānāl, usually known as Kodi, was a place for holidays and recreation. There was a Swedish colony there with its school Solvik, as well as American and English schools. The city had an international atmosphere with literature and theatre companies, in which Brita Ekelund Stark also became involved.

Life in India included other assignments than teaching. About thirty young Tibetan women had been trained as nurses in Sweden and Brita Ekelund Stark was there to meet them when they returned to Dharamsala in northern India. There Brita Ekelund Stark also had an audience with the young Dalai Lama. The work in India continued in 1964–1968, when she returned to Sweden to continue her teaching duties.

Her next foreign duty was also the longest and was located in the Middle East. This time she was asked by IM’s leader to support the Swedish colleagues who had their base in Amman in Jordan. She herself was to work from Jerusalem. During the autumn of 1970, a civil war had broken out between the PLO and Jordanian military, which culminated in the so-called Black September. Brita Ekelund Stark’s assignment was to travel from Jerusalem to Amman with essentials.

The journeys between Jerusalem and Amman in IM’s pickup truck were stressful. Thanks to a Red Cross convoy, she was allowed to enter Amman. The staff and pupils were in good shape but essentials were needed. Several journeys were made and the vehicle had to change its number plates regularly.

Brita Ekelund Stark’s work in IM continued. She organised an exchange between Jewish and Arab teenage boys in Akko. After several years, she met the gynaecologist Dr Lazar Stark in Jerusalem. They married and worked together at the Misgav Ladach hospital, where a method for personal closeness to childbirth and parenthood was developed. Brita Ekelund Stark acquired several contacts across borders of religion and culture. She was widowed in 1986. After her retirement, Brita Ekelund Stark lived in Jerusalem until a year or so before her death. With a large network of personal friends and professional contacts, she became a hub who gathered visiting groups, Swedish and German ex-patriots as well as local Jews, Christians and Muslims. With her international experience and outlook, she was able to discuss religious, cultural and political conditions. Many in Israel and Palestine found a friend and a companion in Brita Ekelund Stark.

Brita Ekelund Stark had a Christian view of life and lived in an inclusive way with other religious traditions. One of her congregational homes was in the Swedish Lutheran congregation in Jerusalem, of which she had been one of the founders. She was also the chairperson of the congregational council. On the evening of the Sabbath, she used to visit the synagogue Har-El and on Sundays the German congregation in Erlöserkirche in the Old Town.

Brita Ekelund Stark died in Helsingborg on 14 November 2016. She lies buried in Örkelljunga. 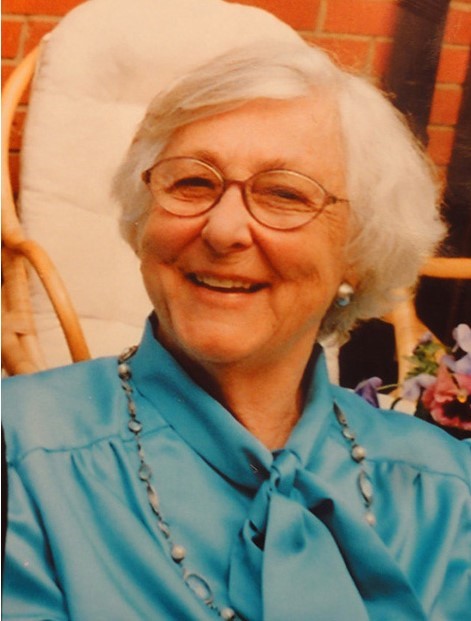