Brita Lüning-Malmstedt was a teacher. She set up Lidingö Privatskola (private school), later known as Lidingö Flickpension (girls’ finishing school). She ran the school until the end of her professional life.

Brita Lüning-Malmstedt was born in Karlsborg in 1900. She and her sister Greta were brought up in Karlsborg until the family moved, via Eksjö, to Stockholm where her father, Captain Herman Lüning, served in the cavalry regiment Livregementet till häst K1 at Lidingövägen.

Brita Lüning-Malmstedt qualified as a teacher at Anna Sandström’s högre privata lärarinneseminarium (advanced private female teacher-training programme) whilst her sister Greta became a handicrafts instructor. On gaining her teaching qualification in 1922 Brita Lüning-Malmstedt was employed by Herrsätra boarding school for girls, not far from Södertälje where she spent a few years primarily teaching Swedish and German. Further to her interest in Swedish literature she was most taken by languages; having spent lengthy periods of time in Germany she had mastered the German language to the level of a native speaker.

Brita Lüning-Malmstedt’s sister Greta began to work at a kindergarten in Lidingö and some of the mothers there asked her if she did not want to continue with what was then known as “första beredande”, namely preschool. According to an interview printed in the local newspaper Greta answered: “I don’t but I will ask my sister if she would like to give it a go”. This led to Brita Lüning-Malmstedt taking a sabbatical from her job and in 1927 she opened Lidingö Privatskola within her parents’ home in 1927. Captain Lüning, now retired, had moved to Lidingö. Initially there were six pupils but four years later the school numbered 66 pupils and five teachers. Brita Lüning-Malmstedt, now the school director, needed to find larger premises. She chose a gigantic villa, which until then had served as the home of the professor of Chemistry and Nobel prize recipient Hans von Euler. The lawyer Sven Malmstedt was hired to arrange the purchase. A few years later he and Brita Lüning-Malmstedt married.

Most professional women in the early twentieth century remained life-long spinsters. With that in mind, the Husmodern magazine interviewed Brita Lüning-Malmsted in 1941, not to ask her about her career or her approach to pedagogy but rather to ask what it was like to have a husband. Brita Lüning-Malmstedt explained that in actual fact it was advantageous to be married as she “now was no longer unfamiliar with some of the problems that her pupils’ families might experience”. Her husband was referred to as “Miss Lüning’s husband” but, as Sven Malmstedt himself explained, he was quite happy with that.

Lidingö Privatskola was renamed Lidingö Flickpension in the mid-1930s and – despite the name – boys were also allowed to attend, albeit only as day students. These students included Arne Sucksdorff, who later became a film director and who used to bring his ferret and other animals into school, Viveca Lindfors, who later became an actor, as did Evabritt Strandberg, and Kerstin Thorvall, an illustrator and author. The school had accepted boarding students from an early stage but now the residential side of the enterprise was expanded. Pupils came from across Sweden. Sometimes they boarded because their parents were abroad for various reasons. Indeed global events sometimes left their mark on the school. During and after the Second World War the school accepted many children of refugees, often experiencing great hardship.

Lidingö Privatskola and Lidingö Flickpension were never part of the municipal school system, neither in terms of their organisation nor formally. These schools would be known today as independent schools. One of the primary trademarks of the school was that throughout its existence there was a strong focus on individual teaching and small class sizes. The 1929 prospectus for the school emphasises “self-enterprise” and close and personal contact between both the student body and the teachers. Male teachers did not form part of the staff until the 1950s. The close connection between students and teachers facilitated student support for any problems arising. Although the term dyslexia was not yet known many students who suffered with this problem were provided with help for it.

From the early 1940s the school offered two distinct lines of study – the girls’ school section and the domestic sciences section. The seven-year girls’ school programme offered humanities’ based education. Subjects offered were Christianity, Swedish language, history, geography, mathematics and biology, and from third year onwards physics and chemistry. English tuition was offered from the very first year and this was later supplemented by German and French. The final year also offered art history, psychology, and economics as subjects. Those pupils who so wished could further take cookery and baking classes. Clothes-sewing, drawing, singing, music, rhythmic movement, gymnastics, and sport were also part of the school timetable. The focus of the girls’ school was refined over time, right up until the elementary school reforms of the early 1960s, although it retained a radical pedagogical direction, such as “concentrated reading” when a particular subject was studied as the prime subject for a certain period in an effort to reduce simultaneous homework requirements across a number of subjects. “Free-study plans” were also tried out where no homework was set at all and all work was undertaken in school.

In parallel with the aforenoted girls’ school section the school also ran the general practical-theoretical “domestic sciences” section for many years. The intention here was to provide “a certificate to be used when applying to other schools and educational institutions”, such as for future pediatric nurses, general nurses, and kindergarten teachers as well as for working within the social welfare sphere. The students were taught food preparation, baking, preserving, and – during the 1940s – war-time food preparation. In addition, laundry, handicrafts including clothes-sewing, nutritional studies and childcare was offered. In terms of kindergarten training the school collaborated with Lidingö town kindergartens and the pupils also studied psychology, pedagogy, and social studies. There were also options to master stenography, type-writing, and book-keeping. The school meals were in large part prepared by the pupils and a special point was made of putting on elegant dinners for specially selected recipients including parents, the school director and domestic-sciences instructors to mark the end of the year in the cookery course.

New approaches were introduced gradually. Smoking was not permitted but it was no secret that the pupils went behind the log pile in the schoolyard to smoke. In the mid-1960s the school was featured in Vilgot Sjöman’s film Jag är nyfiken – en film i blått. A few film scenes were recorded at Lidingö Flickpension with the teacher, Maj Hultén – at the time a medical student and later a professor in medical genetics – teaching a sexual health class and using very direct language. Following the elementary school reforms of the early 1960s the seven-year girls’ school programme was discontinued. The teaching schedule was adapted to conform to general primary school education and to prepare pupils for high school studies.

As retirement age approached Brita Lüning-Malmstedt opted to close the school towards the end of the 1960s. She spent her final years living at Högsätra seniors’ residence in Lidingö where she found a new outlet for her pedagogical and administrative interests by organising residents’ activities and by serving as a trilingual guide for international groups who visited the facility to study modern senior living sites. 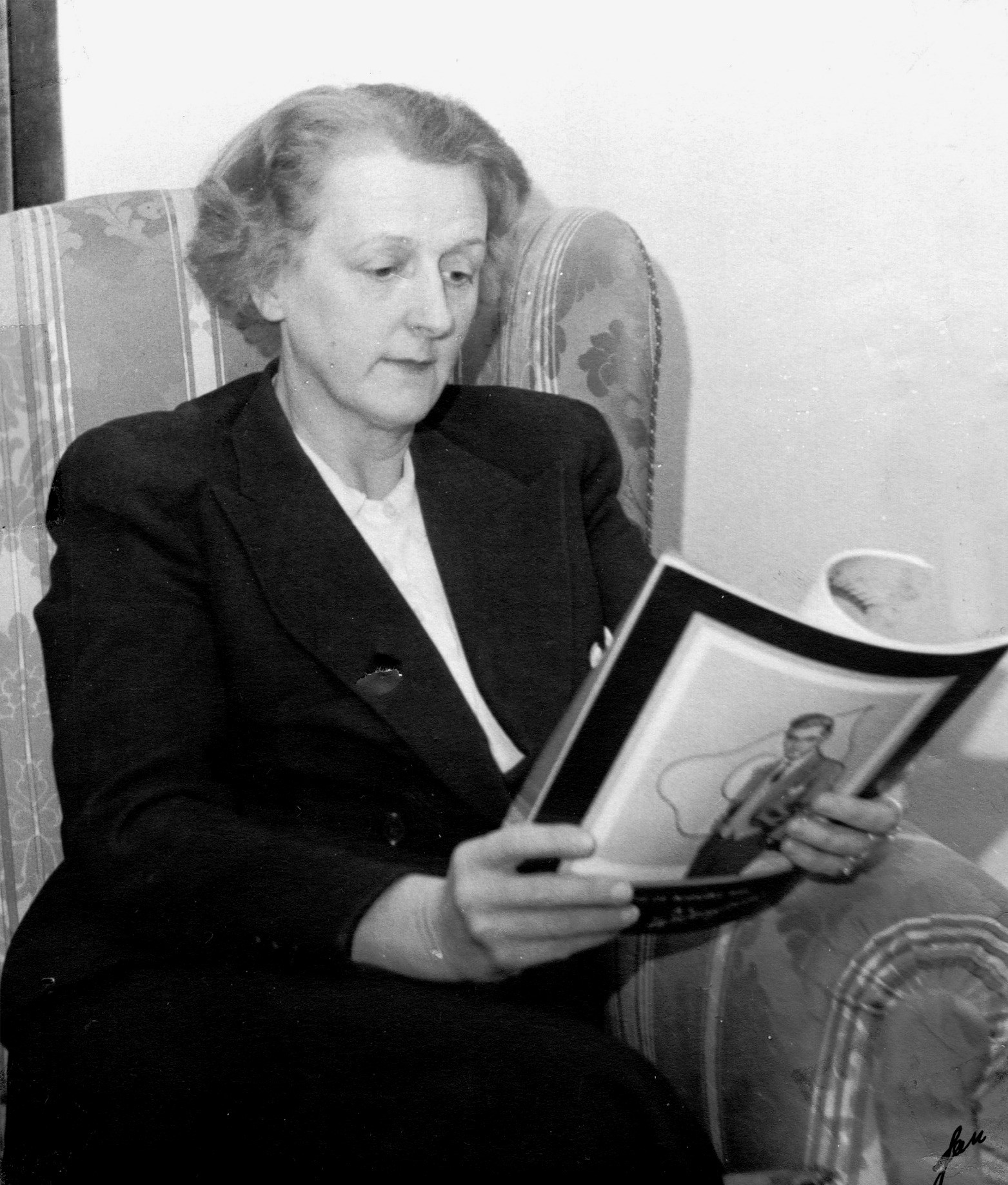