Professor of numismatics and monetary history

Brita Malmer was the first professor of numismatics and Swedish monetary history.

Brita Malmer was born in Malmö. She was the daughter of Elin and Svante Alenstam. Her mother had worked as a cartographer before she got married and her father was a public school teacher in Malmö. Upon completing her schooling at the Tekla Åberg advanced school for girls Brita Malmer gained her school-leaving certificate at the Högre allmänna läroverket för flickor (advanced general school for girls) in 1945, where she obtained excellent marks in the Latin section. She came from a religious and educated background where studying and diligence were encouraged and supported by every available means. She continued her studies at Lund university where she read history, Nordic and comparative archaeology, classical archaeology, art history, and pedagogics. In 1949 she gained her Bachelor of Arts. Brita Malmer gained her licentiate in Nordic and comparative archaeology at Lund university with a dissertation on the Danish Viking king Sven Estridsson’s Byzantine coins. In 1966 she defended her thesis on the earliest Scandinavian coins in Hedeby, entitled Nordiska mynt före år 1000, and was appointed docent that same year.

In 1949 Brita Malmer married Mats Petersson, later a professor of archaeology. In 1955 they both adopted the name Malmer, in deference to Brita Malmer’s maternal heritage. The couple moved from Lund to Stockholm in 1959 and in 1963 their daughter Elin was born. The family eventually settled in Lidingö.

Brita Malmer had already gained practical experience in the cultural-history sphere while she was a student: from 1947–1959 she was at the Historiska museum at Lund university (from 1952 in the coin cabinet) and, from 1952–1953, as director of the coin and medals collection at Malmö museum. Her later career developed in part as a result of these early professional experiences and she retained a warm fondness for museums and their collections for the rest of her life. In 1959 she gained a part-time position at the Kungl. Myntkabinettet (KMK) (royal coin cabinet) in Stockholm, which became a permanent post in 1962. She was appointed head of the museum in 1971 and held that post until 1979. She made major contributions to the Corpus nummorum saeculorum IX-XI qui in Suecia reperti sunt (CNS) research and publication project and to exhibition efforts, both of which kept her very busy.

Brita Malmer’s stint at KMK was characterised by development and operational restructuring, within which she played a strong and driving role. At a practical level this could entail the renovation and refurbishment of premises to better cater to the needs of both staff and the collections or for presenting new exhibitions, whilst protecting and strengthening the KMK’s role within the Riksantikvarieämbetet/Statens historiska museer (historical museums of Sweden) agency. It was through Brita Malmer’s efforts that KMK obtained the same independent status that Historiska museet and Medelhavsmuseet enjoyed, that staff numbers were increased, and that the top post was retitled as ‘museidirektör’ (museum director). At that time collections and exhibitions lay within the premises of the Historiska museum and Brita Malmer worked conscientiously to see KMK get its own museum building, which finally came to be in 1966. Brita Malmer was the first person to be appointed to the newly-established Gunnar Ekström professorship in numismatics and monetary history – at that time based at Humanistisk-samhällsvetenskapliga forskningsrådet (humanities-social sciences research council), and since 1988 based at Stockholm university – a post she held until she retired in 1992.

Brita Malmer was elected into the Kungl. Vitterhets Historie och Antikvitets Akademien (the Royal Swedish Academy of Letters, History and Antiquities) in 1981 and into Det Norske Videnskabsakademi in 1986. She was chair of the Sven Svensson stiftelse för numismatik (numismatic foundation) from 1971–1979 and from 1988–1993, for Svenska Arkeologiska Samfundet (Swedish archaeological society) from 1974–1976, Svenska numismatiska föreningen (Swedish numismatic society) 1974–1976, Gunnar Ekströms stiftelse för numismatik (numismatic foundation) from 1974–1979, and the Kommission för Sveriges mynthistoria (commission on the history of Swedish coins) from 1979–1983, as well as being an expert on the 1973 coin commission. Brita Malmer also received several Swedish and international prizes and awards for her work.

Brita Malmer was always destined to be a project leader and a feisty operations developer with her strongly-held opinions and enthusiasm. She was not afraid to take charge and to keep at things in order to realise her dreams, and although this sometimes gave rise to disagreements it also produced a lot of successful results and progress for those enterprises she engaged in. Brita Malmer managed to combine a forceful nature with a dedicated and conscientious research ethos. Within her specialism in numismatics she developed both the practical and the scientific premises by spending 20 years promoting and strengthening the aforementioned CNS project, which she did by championing the idea of a professorship and by writing a number of scientific works which further progressed numismatic methodology. Her research was characterised by an analytical approach, with a methodical emphasis, and a focus on archaeological items (mainly coins), along with great productivity. The latter was characterised by a breadth of material selection, and work involving coining from both the Viking era and the medieval period, as well as several major and complicated source collections.

Brita Malmer felt at home in the academic tradition described as the Weibull source-critical historical tradition and she was a follower of the logical positivist approach. She placed great importance on developing linguistic definitions and in defining unrelated typological elements of the various coin types she dealt with – central to this was making use of both the coins’ technical and decorative aspects. The fundamental historical and archaeological training is apparent, especially within the methodical application and in her striving for historical context. Brita Malmer was also a skilled at drawing and illustrated both her own and other people’s work.

Brita Malmer was an avid reader in her spare time and had formed an interest in existentialism in her youth and distanced herself from her religious upbringing. She also mastered the art of painting in oils and of playing the piano.

Brita Mamer may have been better-suited to a larger academic sphere than that of numismatics as this may have provided a greater range of scientific and professional activism; the subject is a small and sometimes lonely sphere to work within and as a woman Brita Malmer was often the only female in the room. That her research came to focus on precisely coins and the “aid material” of numismatics was a strategic choice which increased her chances of a profession which did not place her in direct competition with her husband, with whom she maintained a close working relationship throughout her career. Their working relationship was of scientific importance to them both and is apparent in a variety of aspects. Their marriage was not uncomplicated but was characterised by a mutual sense of loyalty and Brita Malmer’s professional career from 1950 to the 1990s was partly enabled by the fact that household chores were shared between her and her husband and that he supported her ambitions and projects.

Brita Malmer died in Lidingö in 2013. 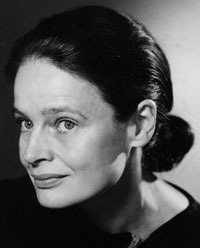