Brita Olofsdotter (Tott) of Hammersta was an aristocrat and a property owner who was active during the 1400s.

Brita Olofsdotter was the daughter of Karen Falk of Vallø, Zealand (Denmark), and her husband Olof Axelsson (Tott) of Vallø, a knight who was one of the most important politicians and feudal lords of the mid-1400s. Her father was a member of the Danish privy council and he served the Danish Crown as the marshal and governor of Gotland. He was also one of the nine ‘Axelssönerna’ (sons of Axel) who exercised significant influence in Scandinavian politics during the second half of the 1400s. Thus Brita Olofsdotter was born into the heart of the political life of the Kalmar Union. Her marriage to the high-ranking Swedish aristocrat Eringisl Nilsson of Hammersta, which is believed to have occurred in 1442 at the latest, served as a means to strengthen her father’s and his brothers’ ties to the Swedish aristocracy. It remains unclear whether she herself had any influence in the matter.

Brita Olofsdotter has suffered a fundamentally negative reputation within Swedish historiography for two related reasons. The first was that, according to the Sture chronicles, she was accused of and found guilty of organising espionage against the Swedish Crown when Danish troops, partly under her father’s command, attacked Sweden in 1452. Although she was condemned to be burnt at the stake her sentence was commuted because she was a woman and because of the monks’ intercessions and prayers. Her sentence was revised to imprisonment. After a while even that sentence was reprieved. According to the chronicle, moreover, Arvid Svan the aged lawman of the ‘tiohärad’ (the surrounding area), who was also a member of the Swedish privy council and whom Brita Olofsdotter had allegedly persuaded to write the treasonous letter to King Christian, was drawn and quartered in Södermalm – albeit this has subsequently been queried by later research.

In addition to this alleged treasonous activity Brita Olofsdotter, following her husband’s death in 1469, was then charged with having falsified a number of documents. It was claimed that she did this in order to safeguard her control over her extensive properties. The marriage had not produced any children, but her husband had two daughters from a previous marriage – presumed dead – whose inheritance rights were being pursued by leading figures within the Swedish aristocracy. As long as Brita Olofsdotter enjoyed the support of her powerful relatives she was able to defend her position, but following a dispute with her powerful uncles in the mid-1470s her fortunes turned and documents which had previously been declared as genuine were now treated as forgeries. Brita Olofsdotter became known as an unscrupulous forger, an image which, when combined with her previous alleged treason, led to generations of Swedish historians expressing moral indignation when discussing her activities until Göran Rystad directed a modern source-critical perspective on the case in the 1950s. He then revealed that the accusations of falsifying documents directed towards Brita Olofsdotter were to all intents and purposes themselves false. Papers which had been deemed as forgeries after 1475 had previously, in the presence of individuals who served as witnesses and signatories, been determined to be genuine. There was a lack of justifiable reasons for considering the documents to be forgeries. Later Thelma Jexlev even began to doubt Brita Olofsdotter’s alleged role within the espionage on behalf of King Christian, although there was perhaps less convincing material for this doubt.

The image of Brita Olofsdotter as a hardened forger has been re-evaluated in recent decades and replaced by an outline of an aristocratic woman who for nearly three decades, following her husband’s death, attempted to live out her life as an unmarried widow. She had to defend herself in long-lasting legal procedures against constant attempts by outsiders to gain access to her wealth. She left Sweden in 1478 and went to live at her Danish property, returning temporarily to Sweden in 1493. Initially she had been caught between her husband’s and her own male and female relatives’ interests. Subsequently she fell between the interests of archbishop Jakob Ulfsson and the regent Sten Sture the elder. It was the latter, Sten Sture the elder, who finally succeeded in 1494 in obtaining the lion’s share of Brita Olofsdotter’s Swedish holdings (apart from those in Västergötland) for a fee of 10,000 marks. A week later Brita Olofsdotter claimed that this arrangement had been achieved under duress and that the full sum was never paid. She later retracted this claim. She then withdrew to Denmark, to Snöstorp near Halmstad, where she saw out her final years. She is believed to have died in 1498. Conflicting claims on her properties continued in Denmark after her death. 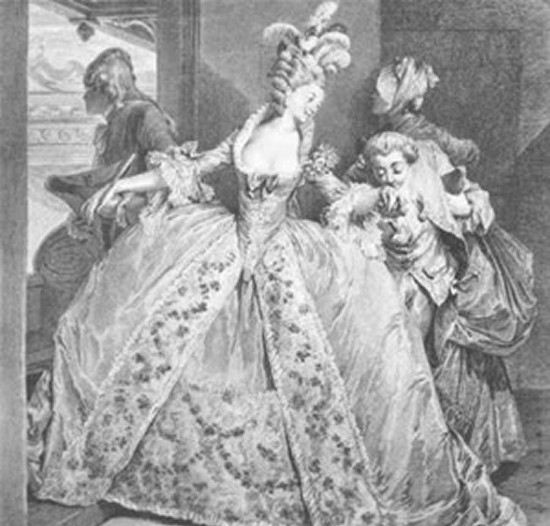