Brita von Horn was a playwright and director and one of the founders of the Svenska dramatikers studio.

Brita von Horn was born into a noble family in Sörmland in 1886. However, she grew up and was active in Stockholm. Her maternal grandfather Knut Filip Bonde ran Dramaten (the Royal Dramatic Theatre) from 1852–1865. Her mother died when Brita von Horn was only three years old and her memories of her father were sparse. Her siblings referred to their father as “kammarherrn” (the chamberlain). She was considered to be sickly and had probably suffered from a childhood case of polio. Her poor health during childhood meant that she was allowed to do whatever she wanted. She travelled and devoted herself to literature and the theatre. She was not required to get married. Initially she wanted to become an actress and took private lessons with the actress Signe Hebbe.

At the time that the Intima theatre opened, in 1907, Brita von Horn was a young aspiring reviewer who was in the audience. In 1912 she made her debut as a playwright with the play Lucrezia. The play, only released in prose format, gained a positive reception. A comment accredited to ‘S. E-d’, Sigrid Elmblad’s pseudonym, in the journal Dagny, described the play as “showing growth potential” but that it was not suitable for a stage-show. Five years later, in 1917, Brita von Horn made her dramatic breakthrough with her play Kring drottningen. The lead roles were played by Pauline Brunius, Tora Teje, and Gösta Ekman senior. The critics were overwhelmingly favourable toward Brita von Horn’s debut play.

In 1921 Brita von Horn introduced the Stockholm audiences to Anton Tjechov with her own production of a play at Djurgårdsteatern using actors from Strindberg’s Intima theatre and elsewhere. Then they performed Fröken Julie. However, the theatre was forced to close during the winter due to the extreme cold and because there was snow on the floor.

In 1930 Brita von Horn founded Teatern vid Sveavägen, at Sveavägen 52. The opening play was a staging of Elin Wägner’s Norrtullsligan, dramatized and directed by the actor Einar Fröberg, which premiered on 12 September that year. Just one week later the theatre went bankrupt. Brita von Horn continued to be productive. She translated plays into Swedish and carried on writing her own plays. In 1933 her play Pullan or En kvinna med flax had its premiere at Karl Gerhard’s theatre Folkan in Stockholm. It was a success, and had Tollie Zellman playing the lead character. Brita von Horn’s plays Jag, Konungen and Bayonne premiered within Dramatikerstudion, whilst Kungens amour was chosen to open Sveriges Radio’s new focus on radio-drama at Birger Jarlsgatan. Alice and Ernst Eklund who ran the theatre played the lead roles. When it was recorded the whole production was moved into the radio studio.

Brita von Horn's and Elsa Collin’s play Aschebergskan på Widtsköfle was accepted for performance by Dramaten during Olof Molander’s management but then rejected by the succeeding head of the theatre, Pauline Brunius. It was later premiered at Helsingborg city theatre on 21 September 1944 and was the first step in Ingmar Bergman’s period as head of that theatre. Brita von Horn’s play Jag ska låta höra av mig, written under the pseudonym of Henning Johansson, won first prize in the 1946 Sveriges Radio playwright competition, which had received 460 entries. In 1947 it was performed at the Borgarskola under Dramatikerstudion direction.

Brita von Horn made a name for herself as the author of historical pastiches and portrayals of Stockholm life, but she was not considered to be part of the elite. At the time of the writers’ meeting in Sigtuna in 1939 her most recent novel was entitled Bobo och aristokraterna, and had been published in December 1938. It is the portrayal of a love affair between two men from different social classes and reveals Brita von Horn’s engagement in issues of equality and freedom. One week after the Sigtuna meeting she gave a talk at the Viktoriasal in Stockholm. The topic was male dominance in society and in culture and how this one-way route gave rise to violence and brutality.

Brita von Horn, along with Hagerman, Elsa Collin and Vilhelm Moberg – a cultural giant of the era – founded the Svenska dramatikers studio, or Dramatikerstudion as it was also known, a few months later. Moberg lent Dramatikerstudion a degree of legitimacy within the field, Ragnar Josephson and Alice Lyttkens provided background assistance. During the war years the studio had the support of many of the Stockholm reviewers and cultural elite. It became apparent that the Swedish theatre world was full of vitality. Indeed several plays were written which depicted resistance towards warmongering and Nazism.

Dramatikerstudion was initially located at Grev Turegatan where the group had access to a simple rehearsal room. In 1942 the theatre and Brita von Horn both gained the opportunity to move in with her friend Anna Norrie, an opera singer, who lived at Hamngatan 28 in Stockholm. In the early 1950s, when Norrie was in hospital, Dramatikerstudion was able to rent her entire home which encompassed two apartments. This meant there was space for a stage in Dramatikerstudion, and so the enterprise changed its name to Kammarteatern. In the mid-1950s Brita von Horn was promised a permanent stage in an old cinema on St Eriksgatan. It was called Ströget and was refurbished as a theatre. The fees ended up being much higher than anticipated. As the theatre was supported by Stockholm city the city took over the premises. Ströget became the theatre’s last venue as it was forced into bankruptcy.

Brita von Horn’s viewed the theatre as a visionary and intimate experience where the actors and drama took centre-stage. This view is reflected in her adoption of influences from Vieux Colombier, a French theatre, which – along with Strindberg’s Intima teater – served as strong role models in the artistic direction of Dramatikerstudion. One presentation given in Stockholm, called Om teaterns förnyelse and printed in 1921, 20 years before the Svenska dramatikers studio was founded, Brita von Horn discussed the future of theatre. She spoke with great pathos about the new theatre which she and actors from Strindberg’s theatre were about to set up at Djurgårdsteatern. Just like Pär Lagerkvist she criticised the dominance of naturalistic theatre within Swedish theatre. Naturalism, which had completely dominated Swedish theatre after Ibsen, was dissipating. Brita von Horn believed that Swedish theatre had in the main become defined by the fact that “it largely came to consist of – props”, and that “junk” was increasingly brought on stage. The “perfunctory naturalism” dominated and became admired merely as a result of “a first-rate acting corps”.

Following the demise of Ströget Brita von Horn tended to spend ever-increasing periods of time at her house in Skagen, which she had purchased after the success she had enjoyed with the play Kring drottningen in the early 1900s. From her house she continued to run various theatre projects and was involved in collaborative work between the Nordic nations. She died in Skagen in 1983. 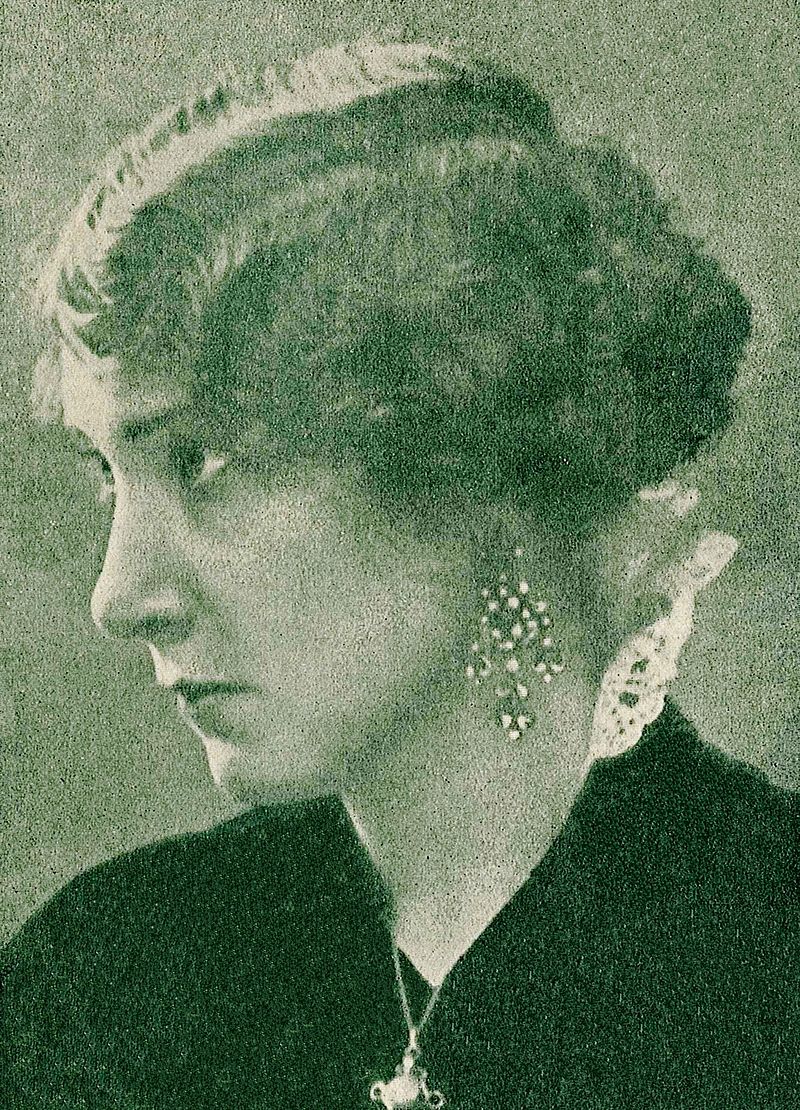