Calla Sundbeck worked as a photographer in Gränna for almost 40 years. She did contemporary and home region photography as well as documentary photography and portraits. In 1921 she was made a Royal Court Photographer.

Calla Sundbeck was born in 1867 in Svenljunga in the province of Västergötland. She was the daughter of Wilhelmina and Sven Sundbeck. She had three sisters and three brothers.

Calla Sundbeck was an apprentice at Mathilda Ranch’s photography atelier in Varberg at the beginning of the 1890s. There she learned photography, developing, copying, and retouching among other things. After that training period, she opened her own atelier in Gränna in 1893. Calla Sundbeck advertised her enterprise in Grenna nya Tidning. Her sister Selma moved with her to Gränna and helped her in the atelier. Later, she also trained as a photographer. The two sisters shared the activities and household all their lives until Calla Sundbeck’s death in 1930. They lived at three different addresses in Gränna. The longest time was spent in the Nordstedska property at Brahegatan 39. The atelier was moved there in 1909. That house was owned by Calla Sundbeck’s sister Julia Blomqvist and her husband. They had a grocery shop on the bottom floor. The sisters probably also supported their mother.

Photographic materials in the form of plates, paper and chemicals were bought from Hasselblad’s Fotografiska AB in Gothenburg, that more or less had a monopoly on photographic materials in Sweden. Calla Sundbeck also used a large Hasselblad camera in her atelier. That camera was set up on a wooden tripod. When she photographed out of doors, she used a smaller hand camera, though also with a tripod. Calla Sundbeck and her sister Selma had good incomes during their years as photographers in Gränna. They also had help in the atelier from various women, for example Freja Lindblad and Mimmi Allard. Anna-Lisa Rythen, who was employed by the sisters, took over the atelier later on. The employees helped mainly with developing the photos but also to some degree with retouching.

Calla Sundbeck did not only take photos in her atelier but was also interested in photographing different settings and people from all walks of life, even the poorest. The photos she has left behind show great breadth in their motifs. She is also counted among the so-called home region photographers. She cycled around the Gränna area with her camera and photographed both according to commission and on her own initiative. Several of her photos were reproduced as postcards with idyllic motifs from the town, gardens and surrounding nature. In 1908, Calla Sundbeck had a branch opened on Visingsö island and was thus able to increase her circle of clients. She regularly took group photos of school classes, weddings, military conscripts, committees and boards.

Calla Sundbeck also had some collaboration with the racial biologist Herman Lundborg and delivered some photos to his racial photo archive in Uppsala. In Lundborg’s book Svenska folktyper, there are four photos by Calla Sundbeck. Many photographers from that time, when race biological ideas were accepted and spread, had photos published in Lundborg’s book. Calla Sundbeck was a member of the association Svenska Fotografernas Förbund, and of the Fotografiska Föreningen in Gränna. She was active in Gränna’s social life, was engaged in municipal politics and held several positions of trust. She sat on the committee Grännas Hälsovårdsnämnd in 1921–1930, was a member of the board for poor care and was also active as a home inspector. Calla Sundbeck was seen as one of the founders of the charity association Jultomtarna.

Calla Sundbeck was a skilful photographer. She photographer both King Oskar II and Prince Karl in 1915. She applied thereafter to be given the title Royal Photographer and this was granted in 1921 after she had paid one hundred kronor, which was a requirement. She attached a number of photographs and a letter of recommendation from the mayor of Gränna, Gustaf Collander. Calla Sundbeck also photographed other well-known people, for example Ellen Key and John Bauer. The pictures of Ellen Key were taken at her home Strand on the eastern shore of Lake Vättern. Several of these pictures were commissioned by Ellen Key as postcards.

Calla Sundbeck’s photographs were published in several books and magazines. In Svenska Turistföreningens Årsskrift and in Idun, several of her photos may be seen. She was probably paid for them. The pictures of Ellen Key have been published in the book Ett hem för själen, from 2000, by Ingela Bendt, and the photos of John Bauer can also be seen in several publications.

Calla Sundbeck had diabetes and was suffering from pneumonia when she died on 12 December 1930. She lay on a “lit de parade” in her atelier until the funeral on 18 December. Calla Sundbeck was buried in Gränna Cemetery where her mother Vilhelmina and her sisters Selma and Julia are also buried.

Calla Sundbeck left behind tens of thousands of original photographs and glass plates. In Grenna Museum’s photo archive, there is an extensive amount of material that has been preserved after Calla Sundbeck, about 20,000 glass plates and photographs. 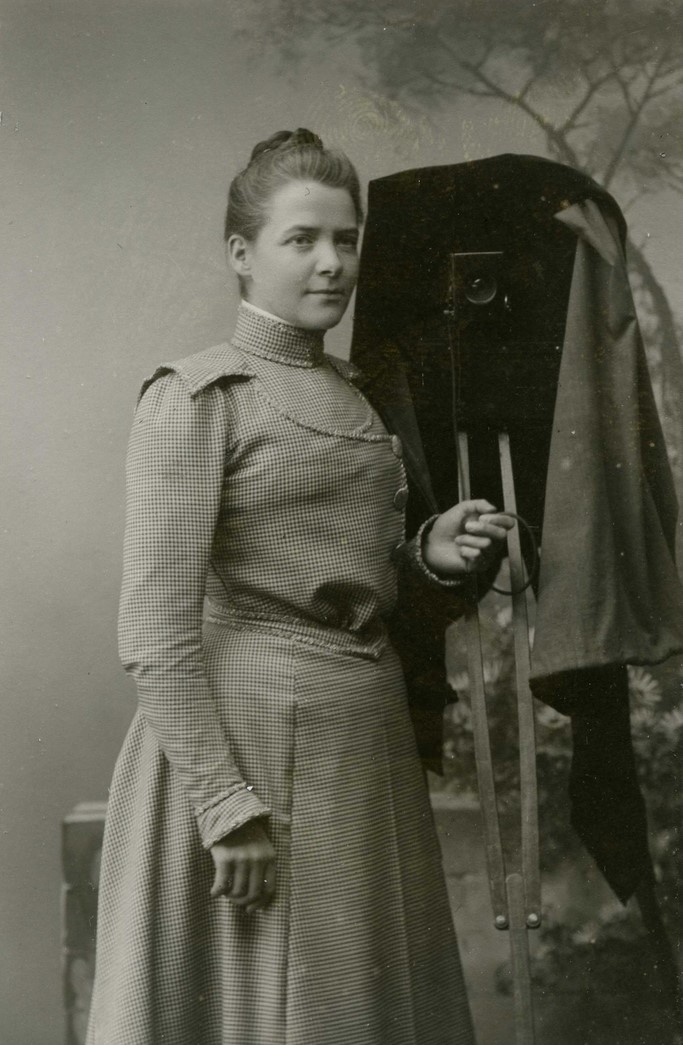