Camilla Odhnoff was the fourth woman to serve as a member of the Swedish government and the first woman to be appointed county governor in Sweden.

Camilla Odhnoff was born in Gothenburg in 1928. She was the daughter of Gustav Wilska, a director of studies, and Olga Jutstedt. Her brother, Staffan, was born in 1929. After matriculating in Gothenburg in 1947 she began her academic career at Lund university, where she gained her Bachelor of Arts in 1951, followed by her Masters in 1954, and finally her licentiate in 1957. In 1961 she gained her doctorate with a thesis in plant physiology on bean roots and this led to her holding a post as docent in physiological botany. In 1954 she married Jan Odhnoff, who had a Ph.D in mathematics, also from from Lund university, and together the couple had four children born in the period 1956–1963.

At the turn of the year 1966/1967 Camillia Odhnoff and Alva Myrdal became, respectively, the fourth and fifth women to serve as cabinet ministers. This was the first time two women were members of a Swedish government at the same time. Their three predecessors, Karin Kock, Hildur Nygren, and Ulla Lindström, had each been the sole woman in government during their respective incumbencies. Karin Kock had held her post for two years, Hildur Nygren had served for a few months, whilst Ulla Lindström was in post for twelve years right up to 1966. Ulla Lindström was a consultant minister who focused on consumer issues, family- and housing matters, and Camilla Odhnoff sometimes found herself responsible for some of these areas.

Before her appointment as cabinet minister Camilla Ohnoff had been a member of the Social Democratic workers’ party in Lund. Apart from that, however, she lacked broader political experience when she took on her government post. She was not particularly well-known within the government circles, as noted by Prime Minister Tage Erlander in his diary for 1966/1967 when he commented on the appointment with “[we] decided to ask Camilla who was unfamiliar to all of us”. Her responsibilities included family-, youth-, and immigration-policies, all of which were issues which had gained increasing political significance during the late 1960s and early 1970s.

In her role as equalities minister Camilla Odhnoff became the driving force behind a series of family-policy reforms. She believed that laws and decisions made within that sphere had to reflect equal opportunities for both women and men within the employment market and that both sexes were equally responsible for their families. During her time in post Camillia Odhnoff was thus instrumental in introducing a series of reforms within the sphere of equal opportunities which led to a new life style for many women. Issues such as the abolition of joint taxation, the introduction of free access to abortion, new divorce laws, and a marked expansion in daycare provisions all formed important changes, as did the 1971 increase in housing benefit for families with dependents, which was particularly aimed at multi-child families on low incomes. What had previously been maternity benefit was transformed during 1973 into a parental benefit from 1974 onwards, meaning both fathers and mothers were entitled to it. Fathers were awarded the right to ten days’ paternity leave upon the birth of a child and special parental funding was introduced, providing both parents with the right to receive parental benefits for 45 days.

After Prime Minister Olof Palme came to power following the 1973 election Camilla Odhnoff resigned as cabinet minister. From 1974 onwards she was authorised to serve as an expert in charge of the government-led investigation into family support payments. As a result of this a parental benefits programme was rolled out, followed by the setting up of childcare for the youngest children. It was also suggested that childcare in general should be expanded to provide full cover and that children whose parents worked unsociable hours should be given the option of accessing childcare.

In 1974 Camillia Odhnoff was appointed governor of Blekinge county and thus became the first woman in Sweden to hold such a post. During her 18-year period as county governor she strove to provide the economically sensitive area with increased employment opportunities, training positions, and improved infrastructure.

In parallel with her role as county governor Camilla Odhnoff also served as chair on various boards and committees within the spheres of social policy and the natural sciences. From 1985–2002 she was chair of Samrådsnämnden för kärnavfallsfrågan (KASAM, now known as Statens råd för kärnavfallsfrågor; coalition agency for radioactive waste issues). She emphasised the need for interdisciplinary engagement with radioactive waste issues. Leading figures within the social sciences, law, and theology were brought together with scientists and technical specialists to discuss the many different aspects of radioactive waste issues: technology, ethics, and democracy. Camilla Odhnoff’s involvement and leadership contributed to KASAM’s broad efforts taking root not just in Sweden but also in various other countries where the storage of radioactive waste was a current issue. In 2001 she received an honorary doctorate from the Université Pierre et Marie Curie in Paris in recognition of her efforts in this field.

Camilla Odhnoff also served as chair of Sveriges Civilförsvarsförbund (the Swedish civil defence association) from 1980–1985. During her time as chair a major campaign began to create a nationwide system of domestic protection. Camilla Odhnoff’s cultural activism led to her being appointed a member of the board of the Harry Martinson society, where she was the permanent chair at the annual meetings.

Camilla Odhnoff died in Lund in 2013, aged 85. She is buried at the Sankt Ibb cemetery in Ven. 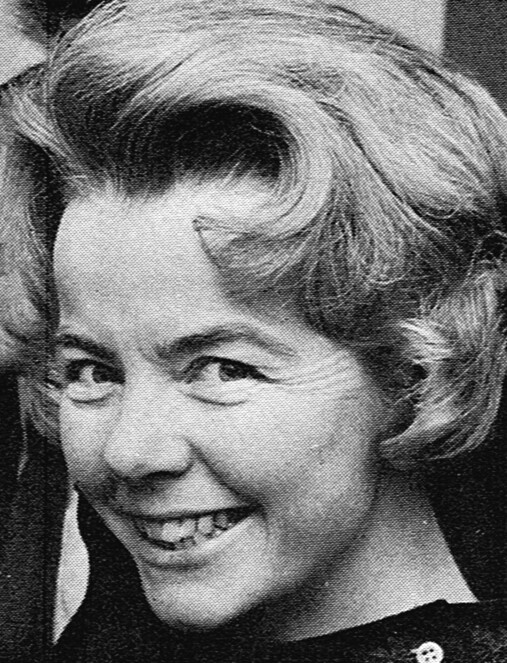