Carolina Müller was a Danish-born mezzosoprano who enjoyed a lengthy career at Det Kongelige Teater in Copenhagen, Denmark, followed later by a twenty-year stint at the Stockholm Opera. She was also appointed a singer to the royal Swedish court.

Carolina Müller was born in Copenhagen, either in 1755 or 1756. She was born illegitimate and grew up under penurious circumstances. Her mother was Johanne Christine Hansdotter and her father has been named as Second Lieutenant Christian Fredrik Halle. It was presumably through the intervention of her step-father Thomas Jesperson, whose hobby was to work as theatre machinist at Komediehuset, the oldest stage at Det Kongelige Teater, that Carolina Müller gained a place in the ballet corps. Her balletic skills were apparently so quickly apparent that it wasn’t long before she was given a children’s role to perform.

Carolina Müller made her stage debut at the age of six or seven, in 1762, performing the part of Laidronette in Edne Boursault’s comedy Èsope à la cour. She was rapidly promoted from unsalaried ballet pupil to a low-paid dancer and was given increasingly bigger children’s roles, such as Eugenia in Ludvig Holberg’s Don Ranudo and Louison in Molière’s The Imaginary Invalid. At the same time she worked on her oratory and acting skills ahead of her breakthrough as Pernille in Ludvig Holberg’s The Fidget.

Carolina Müller trained at Danish Syngeskole as a lyrical soprano and one of the parts she sang was that of Julie in Silphen in 1773 and another was Lene in Den prøvende Troskap in 1774, both of which were singspiels with music written by Thomas Christian Walter, amateur composer and subsequently secretary to the treasury in Tranquebar, who had been appointed artistic director of Det Kongelige Teater in 1773. Carolina Müller married Thomas in 1774 but their marriage was far from happy. Her husband was given a three-year travel stipend which allowed him to be away for a while. He spent the 1775–1776 season in Stockholm where he wrote the opera-ballet Adonis and was in attendance at the premiere.

Carolina Müller took solace in various short-term relationships whilst her husband was away until she met the leading German violin virtuoso Christian Friedrich Müller. He arrived in Copenhagen towards the end of 1779 and performed two concerts at Det Kongelige Teater. The couple fell in love and became secretly engaged. Carolina Müller was now either 23 or 24 years old and by this time she had performed at least 124 roles since her first appearance in a child’s part. As an adult she often played the part of the lover in comedies and singspiels. She had also developed into a lyrical-dramatic soprano.

Carolina Müller had a rival amongst the other talented students at Danish Syngeskole who was keen to be rid of her. This rival got the chair of the theatre board to implement a banishment order against Christian Müller, who was then forced to flee one night in April 1780. He travelled by fishing boat across the Sound in the company of his secret fiancée, Carolina Müller, who was disguised as a man. Another reason that Carolina Müller snuck away with her fiancé was that the Danish king had refused to award her a divorce and so she believed that by leaving the kingdom she would be free to enter into a new marriage. The couple did indeed get married in Gothenburg in May 1780. Their contact in Gothenburg was Patrick Alströmer, an industrialist and founder of the Royal Swedish Academy of Music. He recommended the couple to the Swedish king and suggested that they be appointed to two vacant positions within Kungliga Teatern (now Kungliga Operan). Alströmer suggested that Carolina Müller could become the new dramatic soprano whilst her husband could serve as the second concert master of the royal orchestra. The couple were duly hired in July 1780.

The premiere of Christoph Willibald Gluck’s opera Alceste, performed in Bollhuset in February 1781, was a sensation. Johan Henrik Kellgren, the king’s secretary and a poet, described his experience of the performance to a friend: “Yesterday, at the opera, I cried for a whole two hours during the premiere performance of Alceste. Mrs Müller was making her debut appearance. It can be said that never before has such a spectacle or such an actress been seen in Sweden.” Carolina Müller received a gold watch from King Gustav III in recognition of her talent and subsequently became a full-time employee at the theatre. Her next performance was as Angelique in Niccolo Piccini’s opera Roland, which premiered in December 1781 in Bollhuset.

A little over a year later, in February 1782, the Müllers were once again on the run, this time heading towards Kristiania (the old name for Oslo, Norway). The reason for their flight was that they were fleeing creditors, having evidently lived beyond their means. The Müllers travelled on from Norway to Hamburg and then to London, where Mrs Müller became the first-ever Scandinavian actress to perform, albeit without enjoying major success. After the turn of the year a Swedish minister came to see the couple, on a mission from the Swedish king. The king offered the Müllers whatever they wanted if they would save his opera Aeneas i Carthago, for which he and Johann Henric Kellgren had penned the libretto and Joseph Marin Kraus had composed the music. Carolina Müller was envisaged as playing the female lead and the premiere was intended to coincide with the inauguration of the nearly-completed new opera house located at Gustav Adolf square in Stockholm. In January 1783 the Müllers signed a contract which cleared them of their debts, named Carolina Müller as lead actress and singer at Kungliga Teatern and guaranteed her a healthy salary only surpassed by that of the master of the ballet, scenographer and the barber. Christian Müller was invited to become lead concert master of the royal orchestra, a position which he retained for the ensuing 34 years.

In March 1783 the Müllers returned home to Sweden, travelling through the enemy territory of Denmark where they were only permitted six hours’ rest on their journey whilst being completely banned from entering Copenhagen. The couple both became employees of Stockholms Kungliga Teater in June that year. In February 1788 the pair were elected into the Royal Swedish Academy of Music. Carolina Müller was also appointed singer to the royal court. When she returned to Copenhagen in 1791 she faced no obstacles but was instead welcomed back by a cheering public. Over the course of the ensuing 23 years until her retirement in 1806 Carolina Müller performed in another sixteen productions. Of these her prime roles were as Kristina Gyllenstierna in Johann Gottlieb Naumann’s patriotic opera Gustaf Wasa. The Swedish king had provided the synopsis for the opera and the text was written by Johan Henric Kellgren. The premiere was held in January 1786 and Carolina Müller went on to perform the opera another 124 times, which included two performances in honour of Crown Prince Karl Johan Bernadotte in November 1810. That was the final time that she trod the boards at Kungliga Teatern.

Another of her leading roles, also based on a royal draft and text written by Kellgren, was Georg Joseph Vogler’s musical accompaniment to the opera Gustaf Adolph och Ebba Brahe. In 1787 Carolina Müller for the first time – out of what would be 33 performances – sang the part of Dowager Queen Christina of Holstein. In her obituary particular reference was made to her performance of this role as comparable to the title roles in Alceste in 1781 and Armide in 1787, both Gluck operas, which she sang 100 times and her performance as Antigone in Antonio Sacchini’s opera Oedipe i Athén in late 1800. These major and sung-through operas formed rare elements of her repertoire which was dominated by balladic operas and comic operas.

During the 1812–1817 period Carolina Müller taught stage presence and declamation at Kungliga Teatern and she also worked as a school principal. She died in Djurgården in 1826 and, according to unconfirmed sources, her husband Christian died in Stockholm in 1827. 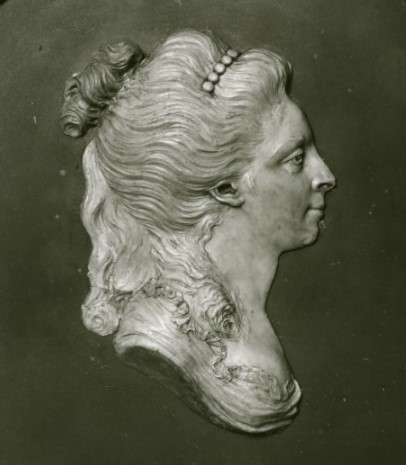