Caroline Ridderstolpe was a composer and member of the Royal Swedish Academy of Music. She was also a lady-in-waiting at the court.

Caroline Johanna Lovisa Ridderstolpe was born in 1793 in Berlin. She was the daughter of Louise Requigny, a lady-in-waiting, and Carl Kolbe, a kapellmeister in Berlin. Her father taught her to play several instruments and to sing, and in all probability he also taught her to compose songs in the style that was popular in Germany at the beginning of the 1800s. It is possible that she also studied composition for Carl Maria von Weber. She was a skilful singer and probably cultivated the German lied style well. It was less technically demanding than the Italian bel canto, and more intimate in sound. Her compositions also indicate that she knew Ludvig van Beethoven’s piano music.

Caroline Ridderstolpe had socialised with people at court during her years growing up in Berlin. One of her close friends was Princess Maria Anna, called Marianne, and married to Prince Wilhelm of Prussia, the brother of King Fredrik Wilhelm III. It was thus natural for her to be in those circles. Since Fredrik Ridderstolpe was very close to Karl XIV Johan, their socialising at court was an important part of life during the winter season. Caroline Ridderstolpe joined the Stockholm ladies-in-waiting early on. The lady of the chamber Marianne Koskull had a reception once a week up until 1823, for “the cream of Stockholm society” and she represented the absent queen on those occasions. When the queen Desideria and crown princess Josefina came to Stockholm, a smaller circle of friends joined up around them, of whom Caroline Ridderstolpe was one. She probably took part in both Desideria’s and Josefina’s salons and also at salons or soirées in circles around the court. One such circle surrounded his excellence Mathias Rosenblad, who gave soirées attended by among others the Austrian diplomat Duke Eduard von Woyna, and the duchesses Mathilda Montgomery-Cederhielm and Carolina von Rosen.

Caroline Ridderstolpe was perceived as a woman with a strong will. She overstepped the court’s limits towards the tenuously developed world of public music and became involved in concerts given at De la Croix’ salon at Brunkebergstorg. De la Croix’ salon had been opened in 1843 and it became a centre for the city’s entertainments. It offered a tearoom and a café that served alcohol as well as a hotel, and from 1846 onwards concerts were also held there with established musicians. After the death of Karl XIV Johan in 1844, Caroline Ridderstolpe became involved in the concerts, which led to criticism from the court ladies and her aristocratic friends who preferred not to get mixed up in public activities. In 1823, Fredrik Ridderstolpe had been made county governor of the county of Västmanland, a post he held until 1849, and the castle in Västerås became another home to the family for a number of years. Fredrik Ridderstolpe died in 1852 and it seems as though the couple had lived separately during his last years.

Six collections of songs as well as several individual songs and a collection of short pieces for pianoforte by Caroline Ridderstolpe have been preserved at Statens Musikbibliotek. The German lied style with the composer J F Reichardt as a model is noticeable in the songs although there are also Swedish elements. Caroline Ridderstolpe was probably also well acquainted with Erik Gustaf Geijer’s and Adolf Fredrik Lindblad’s songs. 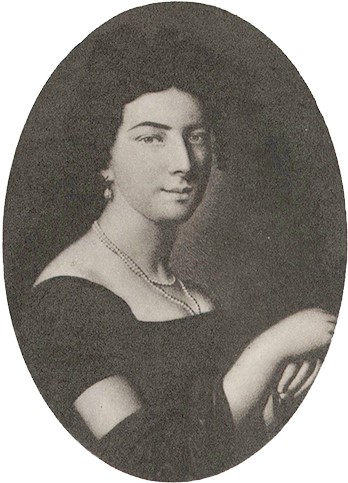