Lotten Wennberg was a significant philanthropist in Stockholm during the first half of the nineteenth century. She helped a large number of people and contributed to increased understanding of the needs of the poor and their living conditions.

Lotten Wennberg was born in Stockholm on 2 June 1815. Her father was Johan Olof Wennberg who served as head of division within the Board of Trade. He was also the author of several writings on the economy and further was one of the founders of Gustafsbergs porslinsfabrik (porcelain factory). Her mother, Euphrosyne Geijer, hailed from a wealthy Värmland family and Lotten Wennberg’s maternal grandfather, chief district judge Salomon Eberhard Geijer, was the owner of an iron works at Yxe estate in Västmanland. Lotten Wennberg and her four younger siblings spent a large part of their childhoods at Yxe estate.

Lotten Wennberg used to worry, when she was younger, that her life as an adult woman would entail a “long period of inactivity, a joyless vegetative state”. As she was unwilling to deprive others of their daily income by taking paid work she opted to devote herself to unpaid charitable work. When she was 16 years old she began to visit the poor and the ill in the local area around Yxe and organised fundraising in order to help the needy. The Wennberg family spent the winter months living in Stockholm. The elegant and cheerful Lotten Wennberg was one of the most celebrated women of the high society circles in the capital. At the age of 19 her light-hearted life changed rapidly following her father’s death after a stroke which left the family in a precarious financial position. Things improved slightly following the sale of Yxe estate. Lotten Wennberg’s gratitude at this return to financial security is said to have inspired her philanthropic efforts.

After her father’s death Lotten Wennberg began to engage in comprehensive charitable efforts on behalf of the poor in Stockholm. She would visit families at their homes, obtain medical care for those who were ill, and supply those who were freezing and hungry with fuel for heating and food. She arranged living accommodation for those who were homeless and work for those who were unemployed. Her social skills served her well in this work. Lotten Wennberg’s happy and straightforward demeanour meant that people trusted her easily. She never moralised and never delivered haughty or serious sermons. However she did point out where she saw failings in these individuals’ lifestyles. She also looked into whether people who had received help then led well-maintained lifestyles before she provided them with any more help.

In order to access provisions for those in need Lotten Wennberg first approached the authorities. Her aim was for the city to care for its inhabitants. Municipal officials spoke highly of her despite her frequent visits because she always approached them with a clear purpose and never complained. She always made sure to visit at the right time too, aware that she had to avoid exhausting her contacts. When there wasn’t enough official funding to be obtained from the municipality Lotten Wennberg sought private funding. She exploited her high-society network, formed new connections with other private philanthropists and charitable trusts and was described by others as a linking element between the various social classes. She never begged for money by doing the rounds with a petition or by advertising in the press like some others did. She, instead, simply described the living conditions of those she sought to help. She took the opportunity at society dinners and parties to inform others of the kind of people she ran into when making her home visits. At the end of the evening this often meant that she could note with satisfaction that a place had been found at a charitable institution for an elderly woman or an overcoat was offered for the use of a poor man. Very often Lotten Wennberg also donated her own money to those in need.

Lotten Wennberg was a member of several philanthropic associations, including Jakobs and Johannes congregations’ Fruntimmersskyddsförening which sought to help poor women find an income supply.

When Stockholm experienced an outbreak of cholera in 1853 Lotten Wennberg became involved in setting up Stockholms fruntimmersförening för barnavård which sought to arrange fostering placements for the hundreds of children who were left orphaned as a result of the epidemic. Through this association Lotten Wennberg came to know Fredrika Bremer who was the organisation’s chair. Lotten Wennberg was elected to serve as secretary of both the association’s central committee and of Jakob congregation committee. This new association was controversial in that it encouraged women to be active beyond the home, but nevertheless it was a successful organisation and saved a large number of children from suffering the fate of abandonment. Similar associations were set up throughout the country, each of which was encouraged to send reports to the Stockholm group, thereby forming a kind of national women’s movement organisation.

Lotten Wennberg endured very long working days. She ran a reception centre in her home for those seeking aid and made several home visits every day. Late at night she would deal with correspondence, banking matters, and funding applications on behalf of her charges. One New Year’s Day she visited and handed out money to 70 poorly individuals and elderly ladies. In Jakob congregation, where she lived, she played an important role as an adviser on questions relating to poor relief. People who were actively involved believed that the official poor relief would be more effective if each congregation contained someone like Lotten Wennberg. In recognition of her “laudable efforts” King Karl XV awarded Lotten Wennberg a gold medal of the eighth degree.

The year that Lotten Wennberg would have turned 49 years of age she was struck down with what was then an unusual disease known as multiple sclerosis, at the time referred to as “stenkräfta”. Lotten Wennberg died on 4 November 1864. Her funeral was attended by members of every social class. At this time, in order to allow Lotten Wennberg’s charitable efforts to continue, the Swedish queen Lovisa established a fund in her name: Lotten Wennbergs fond för hjälpbehövande. 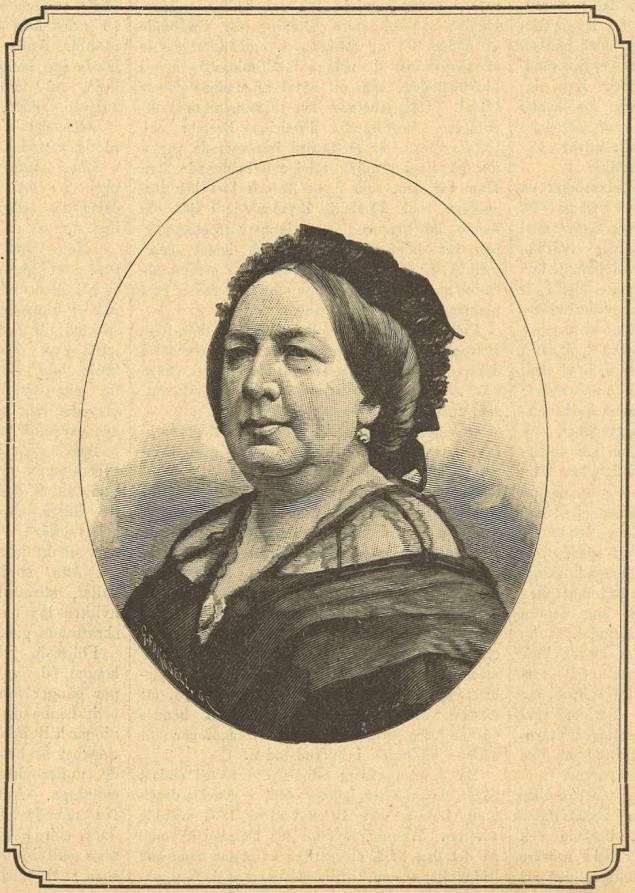