Charlotta Slottsberg was a famous ballet dancer under the second half of the 1700s.

Charlotta Gustafva Slottsberg was born early in the 1760s in central Stockholm. Her parents were the dancer Lovisa Charlotta Schubart and the wig-maker Anders Slottberg. The surname was spelt Slottberg by her father, but Charlotta always spelt it Slottsberg. The family was poor.

Charlotta Slottsberg liked spending time in Stora Bollhuset where the French Dulondel theatre troupe performed plays with music and dramas. Her mother and her maternal aunts Anna Margareta Schubart and Sabina Juliana Schubart were all dancers in the French troupe, as was her maternal uncle Elias Schubart. Charlotta Slottsberg’s father was the troupe’s wig-maker. She herself made her debut in the children’s ballet at Confidencen, the Ulriksdal castle theatre, on 4 April 1768, in a performance for Queen Lovisa Ulrika. The ballet was given after the comic opera La Clochette. She already drew attention to herself as a gifted dancer. She had probably been taught by her family and other dancers in the troupe.

In 1773, Charlotta Slottsberg was appointed to the corps de ballet at the newly opened Kungliga Teatern (now Kungliga Operan). She was one of few native-born dancers there. For her role as Hymen in the inaugural opera Thetis et Pelée by Francesco Uttini, she was praised by among others the writer Carl Christoffer Gjörvell. He predicted a future for her as one of the “greatest ballet dancers in Europe” and he saw her as “a great adornment for our theatre”. She was soon generally called “little Slottsberg”, and her dancing in the opera ballet Acis and Galathea by George Frederic Handel in the season of 1773–1774 was praised greatly. She was called “the incomparable girl”. She also excelled as Aurora in the opera Procris et Céphal during the season in 1777–1778 and in the role as shepherdess in Aline, reine de Golconde by Uttini in 1776. Her mother also danced in that performance.

The ballet master Antoine Bournonville gave her a role in his own ballet Les Meunières Provencaux in 1784, that was the introduction to her real time of greatness. Charlotta Slottsberg and Antoine Bournonville were a successful dance duo. Charlotta Slottsberg had great success as Lucile in the ballet La Rosière de Salency by Jean-Rémy Marcadet in the 1786–1787 season, and she was made prima ballerina in 1787. She danced the role of Bellona in the ballet Gustav Adolf och Ebba Brahe by Georg Joseph Vogler with choreography by the ballet master Louis Gallodier in 1788. Charlotta Slottsberg was counted among the most eminent of Swedish-born ballerinas in the country during the 1770s and 1780s. She appeared regularly in various ballets and was active as a dancer for about 20 years until 1789, with a few breaks.

Several texts on Charlotta Slottsberg assert that she also had a career as a luxury prostitute, as a member of the corps of “mademoiselles of the better kind”. As the mistress of Duke Karl (later Karl XIII) she received many advantages and gifts from him, and also the title of Mistress of the Royal Linen and Textiles. Through this and other connections, she acquired a considerable fortune. Despite her relationship with Duke Karl, she does not seem to have had any political influence of note.

Charlotta Slottsberg married Captain Adolph Granholm in 1799. He had formerly been a naval officer. The marriage was brief and unhappy since her husband turned out to be violent and wasteful. Charlotta Gustava Slottsberg died on 29 May 1800, and the cause of her death has been given as a stroke and also a miscarriage. She was given a state funeral in Jacobs Church in Stockholm. 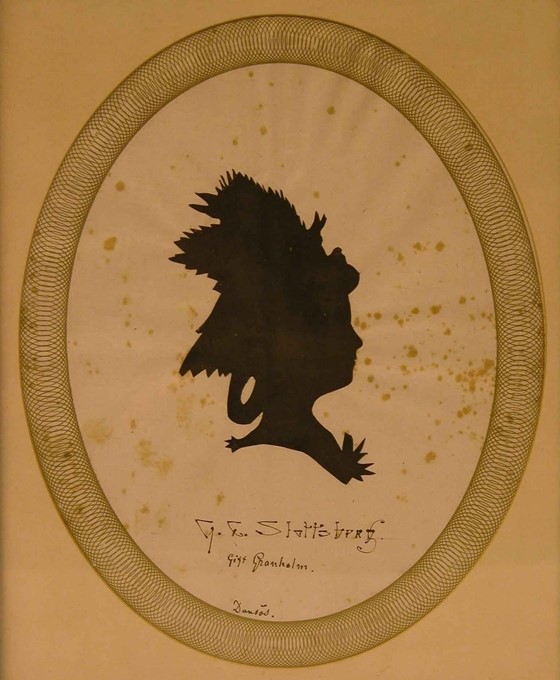