Charlotte Berlin was a businesswoman who collected cultural goods and created an unusual museum. Her home has been preserved intact at its original location in Ystad. It provides an interesting and rare insight into the bourgeois interiors of the 1800s.

The daughter of a district court judge in Ystad and the youngest of five siblings, Charlotte Berlin attended a private school and took piano lessons. She herself later became a piano teacher. Using her inheritance she bought a property at Dammgatan 23 in Ystad. This became her home, where she lived with the faithful family servant Ingrid Tullberg.

Charlotte Berlin has been described as fearless, independent, talented, strong-willed, musical and well read. She remained unmarried and thus, unlike married women, she attained legal majority. She successfully managed the capital she had inherited, partly by making astute investments in shares. Her business acumen enabled her to amass a considerable fortune.

At the time of her death in 1916 Charlotte Berlin willed her entire home, complete with furnishings and collections, to the town of Ystad. In accordance with her instructions, a trust and a museum committee were established. Today the museum serves both as a reminder of the ideals of late-1800s interior design and as a memorial to its former owner. On the centenary of Charlotte Berlin’s death in 2016 the book Den högst originella fröken Charlotte Berlin was published, containing studies by various scholars on Charlotte Berlin and her life in the widest sense. The richly illustrated book considers issues such as family, social life, interior design, photographic art, music, libraries, housekeeping, clothing and gardens. Based on Charlotte Berlin’s decision to remain unmarried, there is also a chapter by Eva Helen Ulvros entitled “queer considerations”.

Charlotte Berlin is buried at Gamla cemetery in Ystad. 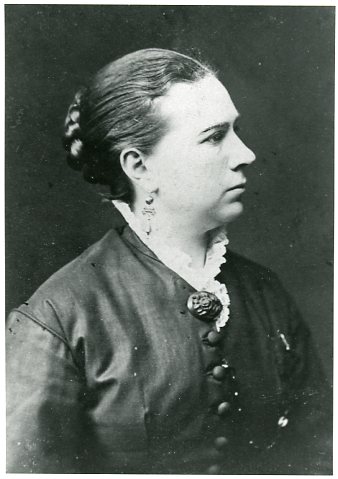