Christina Catharina Larsdotter was a Sami girl who grew to be nearly two metres tall. She went on display tours in Sweden and on the Continent, and also in Great Britain. Her condition was presumably a case of gigantism, which results from excessive growth-hormone production.

Christina Catharina Larsdotter was born in Brännäs, Malå municipality, in 1819. She was the second child born in Lars Sjulsson’s second marriage. This was her mother’s, Carin Larsdotter, first and only marriage and she had met her husband when he was a widower with four children. Very little is known of Christina Catharina Larsdotter’s childhood. No complete biography of her life exists either. She first appears in written sources just before she began her touring career, starting in Stockholm in 1837.

On her arrival in the capital city at the end of March in 1837 she, along with her parents and her sister Sara, were lodged at the Mercurius cellar on Österlånggatan. This entertainment locale, where one could pay to see Christina Catharina Larsdotter until May, was owned by one of the waiters from the royal palace. This practice of exhibition had been going on since the family had left Brännäs, where it seems her parents had fallen into debt. The furore generated by this tour could hardly have been greater. All along the family’s route of travel Christina Catharina Larsdotter was featured in newspapers. A special song was composed about her, with lyric sheets printed for sale. She tended to be referred to as “Långa lappflickan” (the tall Lappish girl). Once in Stockholm she had an audience with King Karl XIV and she also underwent medical examinations by curious doctors at Karolinska Institutet.

The doctors’ notes, written by Anders Retzius who was a professor of anatomy, still exist. They describe a young woman who was presumably suffering from a case of gigantism, at the time known as giant growth. At that point Christina Catharina Larsdotter – who was still growing – was 202 centimetres tall, considerably taller than her father who was 163 centimetres, whilst her mother was 133 centimetres in height. Although Christina Catharina Larsdotter had been unusually tall throughout her childhood her body was physically weaker than her appearance indicated. Further, she suffered recurring bouts of pain, fainting spells, as well as periods during which her legs swelled up, leaving her bedbound. Despite her age she had not yet begun to menstruate.

The next year, in 1838, the family set out on their travels again. A group of Scanian merchants, in purely speculative manner, made plans to take a group of seven Sami people – with Christina Catharina Larsdotter serving as the main attraction – out into Europe. There people would be charged to view this touring group. In July 1841 a Swedish man described how, when he was in Paris, he had seen Christina Catharina Larsdotter appear alongside persons of short stature (“dwarves”) and a lion during local festivities. It is this type of anecdotal comment that has served to document her travels, in turn making it impossible to provide a thorough account of her journeys. Indeed, the absence of her own reflections on these events speaks volumes. Nevertheless, these tours were financially profitable for her. In 1843 Christina Catharina Larsdotter is registered as a property owner: she had purchased a plot of land in Brännäs on which she built a house that she shared with her sister. Christina Catharina Larsdotter was at that time the sole female property owner in that area.

Christina Catharina Larsdotter headed off on her travels again in 1851 to attend the World’s Fair held in London. En route to Great Britain she stopped in Stockholm, appearing at the De la Croix salon, Djurgården, and Mosebacke. She then continued her journey, making several stops on her way to Gothenburg, where she eventually set sail for London, arriving in mid-July and appearing for exhibition at Savile House on Leicester Square. Christina Catharina Larsdotter’s and her family’s visit to the World’s Fair at the Crystal Palace generated a lot of public interest in the two Sami women in particular. The tour around the British Isles continued for another two years, seemingly without a break and without any returns to Sweden.

Finally, in the summer of 1853, the family began the journey home, setting off from Newcastle. At that point, according to a local newspaper report, Christina Catharina Larsdotter was now 218 centimetres tall and weighed 146 kilos. The newspaper also reported that she had been bedbound for three weeks before embarking for home and that the doctor had diagnosed her as suffering from tuberculosis and therefore advised that she return to Sweden. A year earlier it had already been noted, in a Manchester newspaper, that she was ill with tuberculosis. In 1854, towards the end of May, Christina Catharina Larsdotter died at her home in Brännäs. The cause of death was given as gangrene. She appears not to have had a romantic partner and was survived by both of her parents and her sister.

Just over a year later, during the late winter of 1855, yet another remarkable journey began for Christina Catharina Larsdotter. Her remains had been dug up and prepared for shipment to Karolinska Institutet in Stockholm, along with the corpse of a wolverine. It remains unclear whether she herself had agreed to the sale of her remains or whether it was her family’s decision to do so, although seemingly both her parents and the local church gave their permission for her exhumation. The expense incurred by the institute, including the freighting costs, totalled 78 riksdaler and once again Anders Retzius was involved. He subsequently had casts made of various parts of Christina Catharina Larsdotter’s skeleton and on at least one occasion he gave an international talk on what he had learned from studying her skeleton. In 1873 Selma Lagerlöf, then only 14 years old, wrote in her diary that she had visited Karolinska Institutet and that the collections there included a skeleton that was so tall that they had asked whether it was truly human. Almost two decades later, in 1892, the final chapter of Christina Catharina Larsdotter’s lifestory was written. The building storing her skeleton was destroyed in a fire, taking with it all that remained of her. 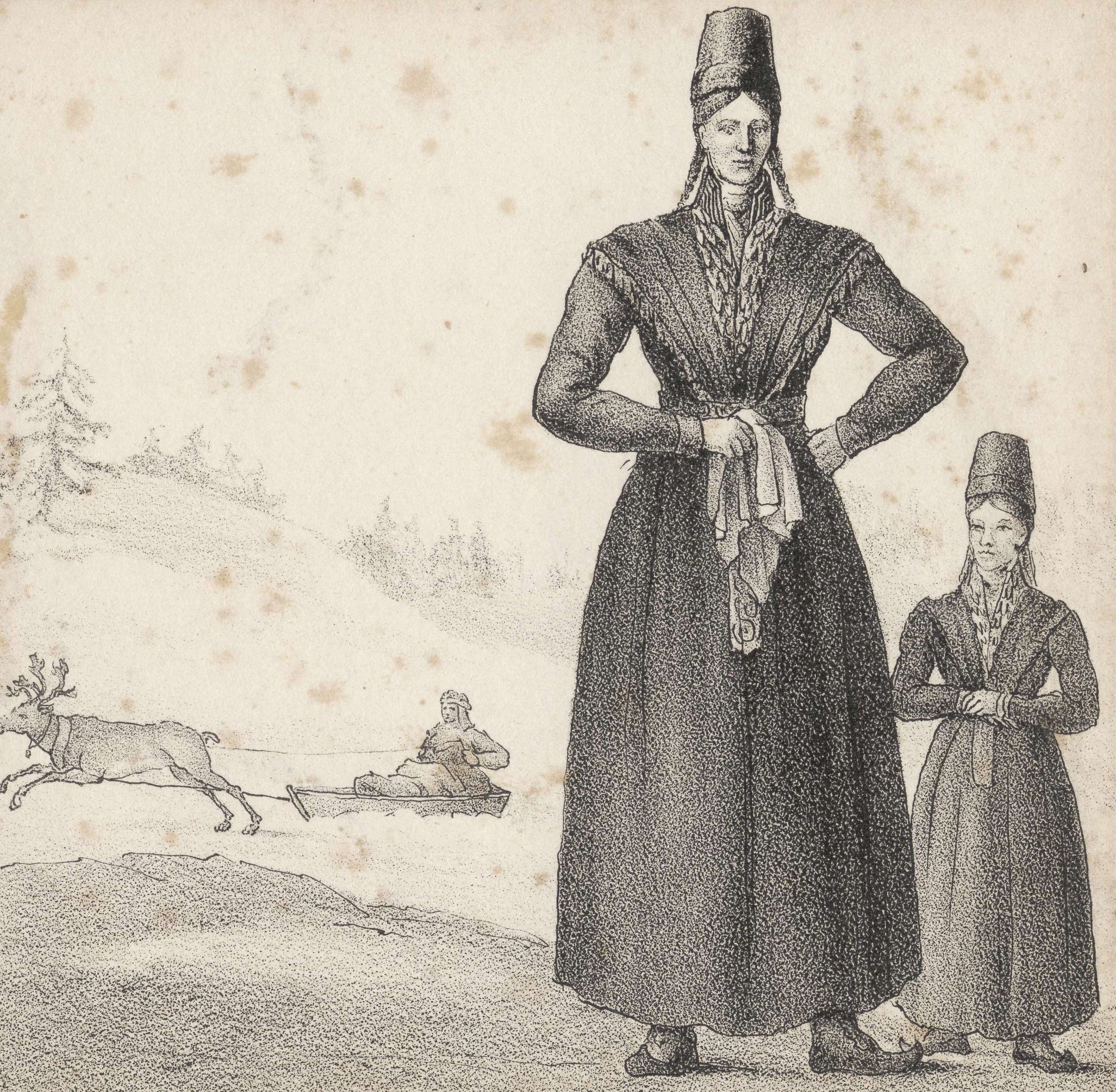