Charlotte Cederström was an artist, author, and composer during the late 1700s and early 1800s.

Charlotte Cederström was born Charlotte Mörner af Morlanda at Duveke outside Halmstad in 1760. She was the daughter of Count Carl Gustaf Mörner af Morlanda and his wife Elisabeth, née Steuch. Her father was an officer in the Småland Cavalry and in 1761 her parents moved to Gemmatorp in the parish of Lekaryd. Charlotte Cederström was however left to be brought up by her maternal grandparents at Duveke. She had one sister and six brothers. One brother was Hampus Mörner, better known as “Hampus Hussar”, one of the most notorious practical jokers of the Gustavian era.

Charlotte Cederström displayed a poetic streak when very young. When she was eighteen, she initiated a long, learned correspondence with Knut Leijonhufvud. In tune with the pastoral tastes of the time, they called each other Lycis and Celmire. She also started drawing caricatures early on, to the enjoyment of the family.

In 1780, Charlotte Cederström married Axel Thure Gyllenkrok, who was responsible for the country estates Svenstorp and Björnstorp. The couple had seven children. Charlotte Cederström continued writing and had some smaller things published, for example “Impromptu, inscribed on the tombstone of a revered father” in the Lund magazine Nytt och gammalt in 1786. She also undertook translations from French. In 1789, a pastoral by Claude Joseph Dorat appeared: Zeilas bref til Walcour och Walcours bref til Zeila, to which she had added her own comments to make the story more piquant. In 1795, Carl Christoffer Gjörwell wrote in a letter to his daughter that he had discovered a new “learned lady” on the Swedish Parnassus, referring to Charlotte Cederström.

In 1790, Charlotte Cederström’s relationship with her husband seems to have deteriorated and in 1798 the couple had all but separated. In 1799 they were formally divorced. Bror Cederström’s name had begun to appear as early as 1792 in Charlotte Cederström’s letters, and in 1800 she married him, as he was also divorced by then. He had proposed to her sister Sophie Louise in 1798, but been refused since she knew “to which great degree [Charlotte] loves the general”. Everything points to the marriage having been very happy.

In 1802, Bror Cederström was appointed president of the war cabinet and the couple moved to Stockholm. Thus Charlotte Cederström was given the opportunity of socialising with authors and artists, and a contemporary writer recounted that “these days, there are few more illustrious gatherings than at the War President’s salon, although this is not apparent through the brilliant company that he keeps, but through that of his musical and poetic wife”. During this period, Charlotte Cederström’s poetic streak blossomed, 60 of her poems from the years 1800—1812 were collected in the so-called Sinclairsholm collection. The best-known of these poems is the melancholy “Helsning till månen” (Greeting to the Moon) that became a popular broadside ballad sold as early as 1802. Several of Charlotte Cederström’s poems became broadside ballads, but most of her production was more formal.

Charlotte Cederström was also an enthusiastic artist. When Carl Mikael Bellman, whom she admired, died in 1795, she painted a memorial picture representing his arrival in the Elysian fields: Bellmans ankomst till de Elyseiska fälten. In 1803, she was put forward as an honorary member of the art academy Målare- och Bildhuggareakademien (the present Royal Swedish Academy of Fine Arts) and was received with “general acclamation”. At the Academy’s exhibition in 1807, she participated with an oil painting. One of her strengths was also her caricatures. She drew caricatures of her family and relatives as well as of the celebrities of the age. Altogether, about 375 drawings have been preserved.

In the state coup of 1809, Bror Cederström lost his political position and the couple withdrew to their estate Oby in Kronoberg County. They spent the winters in Växjö, where they continued holding their salons. After 1812, few poems by Charlotte Cederström have been preserved.

Bror Cederström died in 1816. Charlotte Cederström continued her learned socialising at Oby and Växjö however, and was a frequent guest among others in Bishop Esaias Tegnér’s home. She also supported several gifted youths with assistance for their studies. She herself had complained many times that she as a woman had not been given the opportunity of sating her thirst for education.

Charlotte Cederström spent the last years of her life at Benestad Manor, where she died in 1832. She lies buried with her husband at Blädinge Cemetery. 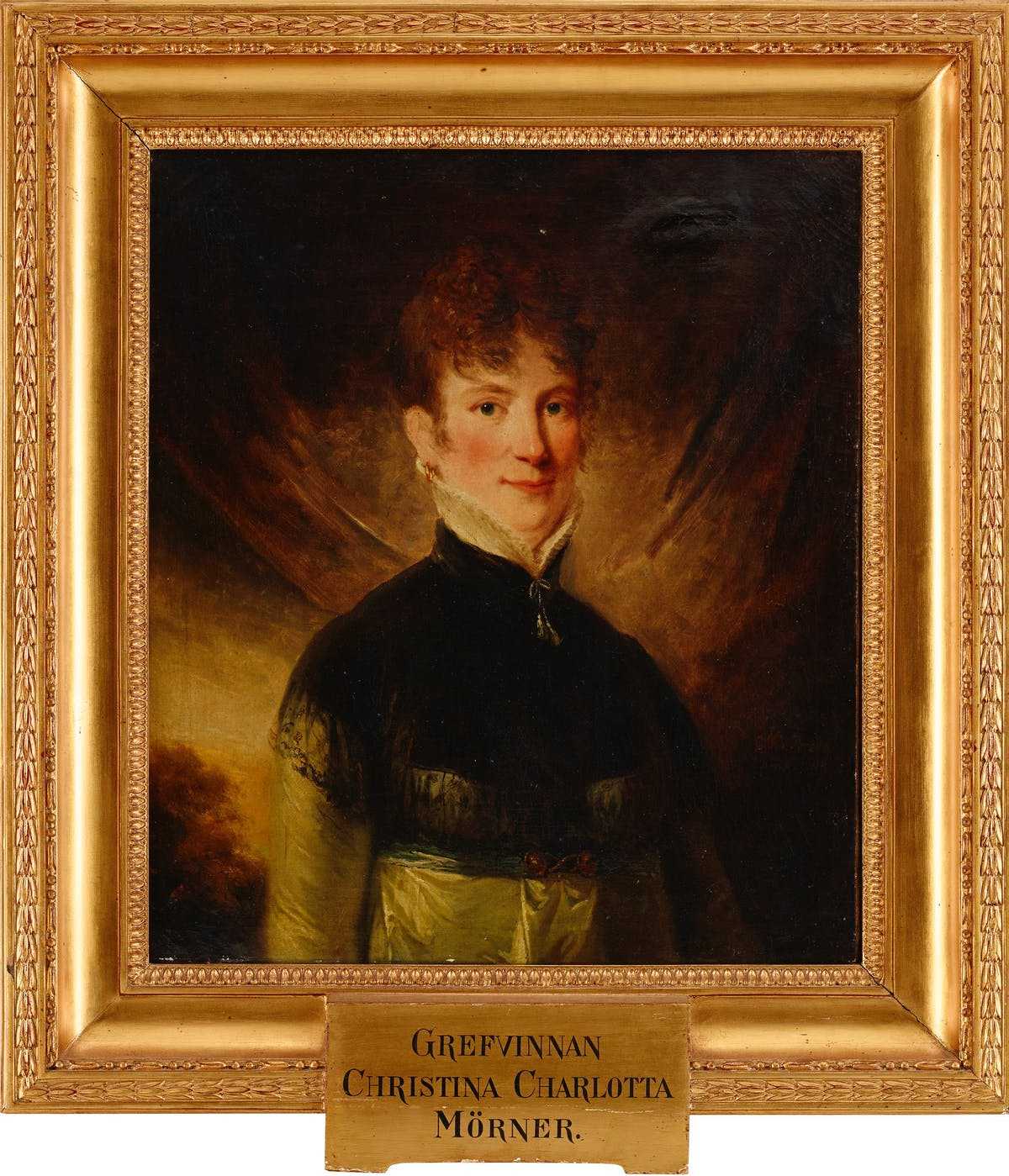