Wilhelmina Enbom was one of the celebrated actors and singers in Stockholm during the mid-nineteenth century.

Christina Wilhelmina Enbom was born in Stockholm in 1804. She was the daughter of Johan Enbom, an artillery man, and Christina Catharina Norrman. Her younger sister, Anna Johanna Enbom, also became an actor but was only active for a short while before her untimely death. Wilhelmina Enbom came from a large family which, in addition to her and Anna Johanna, included at least another six children, four of which were girls and two were boys.

Wilhelmina Enbom was only 15 when she became a student at Kungliga Teatern (now known as Kungliga Operan, the royal opera). She was talented and possessed a lovely singing voice. Initially, during the early 1820s, she sang in the choir. Later she primarily worked as an actor, performing spoken parts. In 1826 Wilhelmina Enbom married Captain Anders Lindeberg and they had two children together. The relationship ended in divorce, however, four years later. Contemporary rumours blamed the divorce on Wilhelmina Enbom’s close friendship with Édoard Du Puy, musical director and an opera singer, who was also a composer and actor in his own right. Captain Anders Lindeberg, driven by his desire to open a private theatre despite the royal monopoly on such ventures, spent some time in prison for lèse-majesté, awaiting execution. He was, nevertheless, eventually released, at which point he established Nya teatern (later known as Mindre teatern or Lindebergska teatern) at Kungsträdgården in Stockholm and at which his former wife, and others, performed.

Wilhelmina Enbom’s actual breakthrough in an acting role occurred in the autumn of 1831 when she appeared in a male part, playing the rebel Malcolm in Gioacchino Rossini’s opera La Donna del Lago. During the 1830s Wilhelmina Enbom frequently performed both as an actor and a singer in several major soprano and alto roles. She was generally considered to be a “temperamental” individual. Indeed, her temperament led to her involvement in many scandals. During one production of The Marriage of Figaro towards the end of the 1830s, in which she played the role of the countess, she began to argue with one of her fellow actors. This was the well-known Henriette Widerberg who was playing the part of Susanna. The latter had entered the stage earlier than expected and this had meant that the audience did not have the time necessary to applaud Wilhelmina Enbom for her performance. An exchange of words ensued between to the two women onstage which both entertained and irritated the audience.

Throughout her career Wilhelmina Enbom was mocked for her ‘manliness’ whilst her performances were considered to be uneven, leading to frequent criticism for her acting. Following Jenny Lind’s breakthrough performance in 1838 an increasing number of parts went to Jenny Lind instead of Wilhelmina Enbom. She complained both to the theatre management and to the king, albeit these complaints went unanswered.

As the years passed Wilhelmina Enbom’s voice gradually became more strained and forced and she was compelled to accept smaller roles and to perform as part of the choir. Her former husband, Anders Lindeberg, often rose to her defence. Despite their divorce the couple appear to have remained friends. There was a running joke which said that no-one other than her former husband could stand “the former Mrs Lindeberg’s former voice”.

Wilhelmina Enbom increasingly came to appear in dramatic roles and increasingly abandoned singing. For a time she toured with Djurströmska sällskapet (ensemble). She had been plagued by finnancial problems since the 1830s in 1835 she was awarded the takings of the production she was in. This hardly made a dent in her financial difficulties and she spent the ensuing years living in very straitened circumstances. She received a small pension and during her final years she received some help from her son. 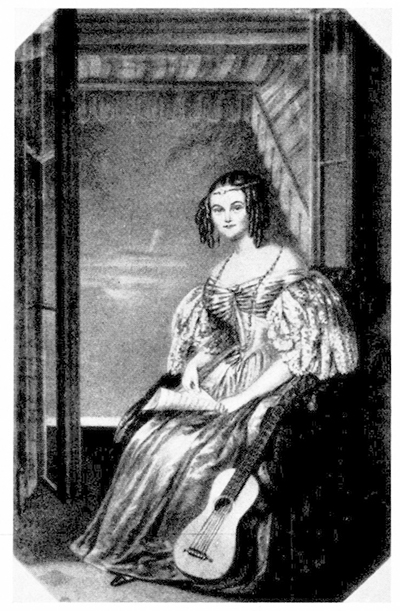