Weaver, active within the handicrafts movement

Cilluf Olsson was an important figure within the emerging Scanian traditional handicrafts movement in the early twentieth century. She was considered to be one of the most talented weavers of ‘röllakan’ rugs.

Cilluf Olsson was born in 1874 on a farm in Tryde village near Tomelilla. Her father served as chair of the local municipality, a lay judge and eventually chief district judge called Sven Nilsson. He also sat on Kristianstad county council for a few years. Her mother was called Elna Ahlren and hailed from Ingelstorp. There were nine children in the family. In 1885 her father was awarded a silver medal by the king “for civic service”.

Cilluf Olsson, or ‘Mor Cilluf’ (Mother Cilluf) as she came to be known, was thus born into a well-to-do farming family in which knowledge of traditional handicrafts was passed down through the generations on the female side. Her mother was particularly careful to see that her daughters learned to spin, sew, and weave. At that time – in the mid-1800s – Scanian traditional artwork was still a living element in family homes. Cilluf Olsson was taught by her mother, who was adept at all handicrafts, in her childhood home in the Ingelstad district, an area rich in traditional handicrafts and a centre of Scanian textile art. Cilluf Olsson’s innate skill for artistic weaving certainly came from her mother of whom she often and happily spoke. She wished that her mother could have seen her sitting at her great loom with four of her best students, weaving a seamless ‘röllakan’ rug that was several metres wide. In an interview with the Dagens Nyheter newspaper in 1909 Cilluf Olsson revealed that she had woven her first horse-rug using the ‘röllakan’ weave when she was only ten years old.

In 1874 Cilluf Olsson married the agriculturalist Christen Olsson from Hög whom she had met when she was a trainee dairy maid at Everöd farm. Although their marriage remained childless her husband, being a widower when she met him, brought two children into their marriage and to whom she became a stepmother.

Cilluf Olsson soon became known as a proper pattern weaver and gained the nickname of “Mor Cilluf i Hög”. In 1888 she opened a weaving school, receiving students at the Hög workshop. At its peak she had 15 students who were entirely accommodated at the school. At that time a woman could choose between becoming a serving maid or an apprentice weaver. Maids earned 160 kronor annually whilst weaving students only earned 50 kronor per year. Although the school produced woven items for use at the local castle, for the likes of Baroness Henriette Coyet at Torup castle as well as for the surrounding manor houses, the products were primarily for Industrilotteriet in Malmö and for Handarbetets Vänner in Stockholm.

In 1896 Cilluf Olsson made her debut as an author by releasing a book entitled Handbok i Enklare Väfnad which was published by Gleerups publishers in Lund. Five years later, in 1901, she was awarded the Sophie Adlersparre prize, which was the Handarbetets Vänner medal for the promotion of traditional Swedish textile art.

Cilluf Olsson also collected older woven items of various kinds and took notes on patterns and colours thereby saving them for posterity. For a few years she received patterns from the Gustaf Fjaestad studio in Värmland and she copied older weaves, both from her local area and from eastern Scania. These weaves included old Scanian patterns, tapestries, rugs, as well as comprehensive, colourful ‘röllakan’ and various types of raised, hand-threaded patterns using a variety of weaves, which had become particularly well-known.

The Olsson couple left the parsonage in Hög in 1902 and moved to Landskrona. During the two years they lived there Cilluf Olsson often appeared in the daily press, in part through her advertising for students. She opened her new weaving school in October 1902. She also organised a woven goods exhibition to which the general public was invited through an advertisement in the Korrespondenten Landskrona Tidning newspaper. This busy woman also ran a small shop at which she sold her goods. In the spring of 1904 the couple moved to Alfastorp farm in Tågarp, which is where they lived out the rest of their lives.

Cilluf Olsson was an enterprising woman who was ahead of her time. A modern entrepreneur in the sense that she ran her own business in the form of a weaving school, sold products made by the boarding students, and functioned as an instructor and tutor in the art of weaving for these girls. She was also a traditionalist in the sense that she helped found Malmöhus läns hemslöjsdsförening (county traditional handicrafts association) in 1905, for which she was an extraordinary member of the board from 1911–1914. The association’s aim was to raise awareness of textile cultural heritage by saving and protecting older Scanian woven artworks which were in danger of being lost as a result of industrialisation.

Cilluf Olsson understood the value of marketing and happily appeared in the daily press and participated in many exhibitions, both international and domestic, for which she was awarded medals and certificates for her woven goods. She exhibited in Copenhagen in 1888 and at the World’s Fair in Chicago in 1893. The Malmöhus county rural society selected her in 1900 as the only woman and weaver to represent Sweden with Scanian woven goods at the World’s Fair in Paris. Her awards there included a gold medal, a silver medal, and a certificate. She also participated in domestic exhibitions, such as those in Stockholm in 1897 and 1900, at the Baltic Exhibition in Malmö in 1914, at Landskrona in 1901, in Helsingborg in 1903, and in Lund in 1907. Princess [Ingeborg] (Ingeborg, prinsessa), the actor Anders de Wahl, Prince Eugen and Countess Hedvig Ulfsparre were amongst those who purchased her woven goods.

Some of Cilluf Olsson’s woven items were donated to the church in Hög at Christmas 1898, including wall-hangings which were displayed around the altar. In 1916 she received a commission to create an altar rug for St Peter’s church in Malmö. It was, however, her student Gerda Bengtsson who completed it as severe illness prevented Cilluf Olsson from finishing it. Cilluf Olsson died later that same year. Many of her woven items and original patterns can be seen today at a family farm near Lund, Stävie Hage, as well as at Nordiska Museet. 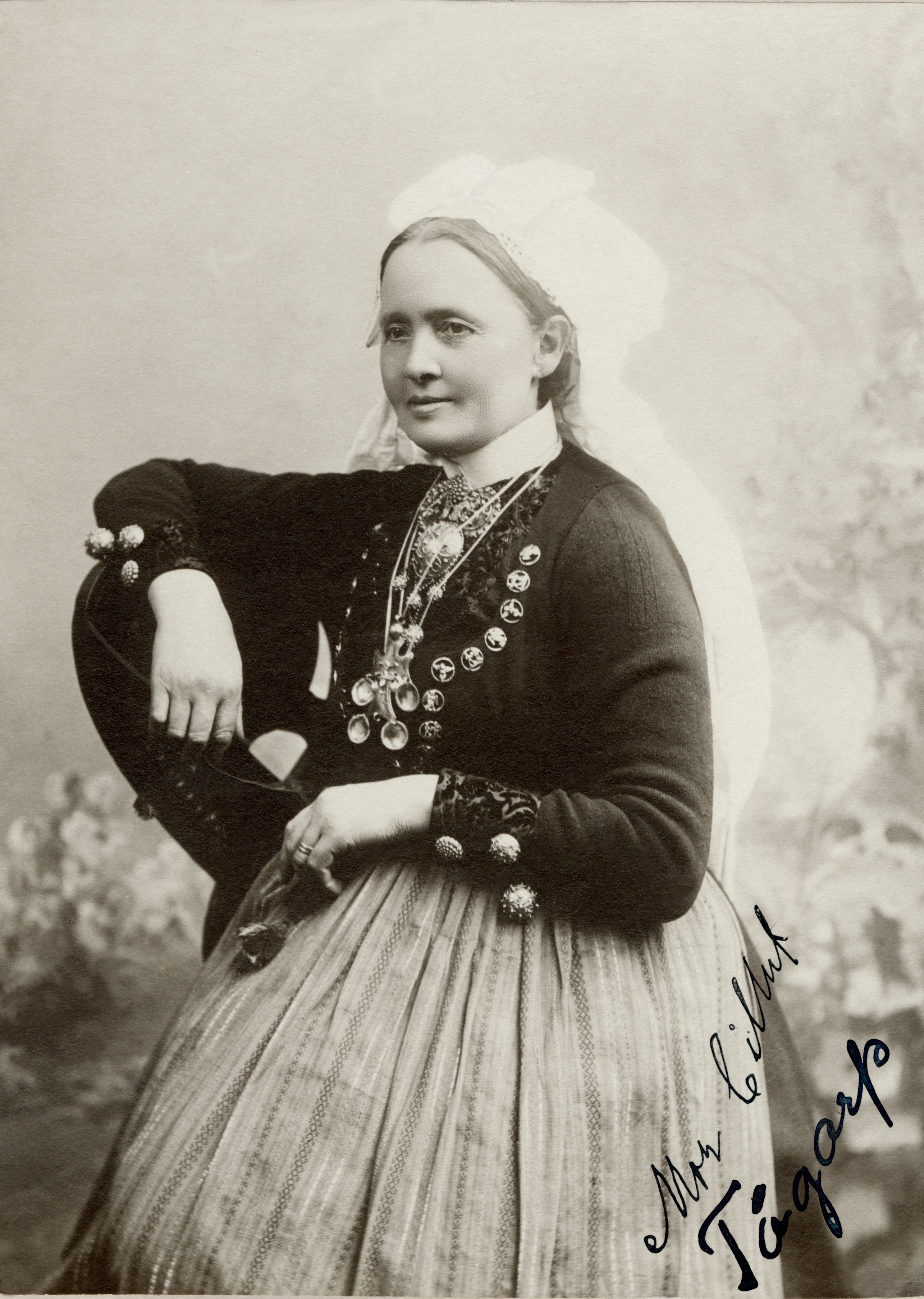