Teresia Eurén was an author, translator, critic and teacher. She published poetry collections and novels and translated such literary giants as Sigrid Undset, Sinclair Lewis and Johann Wolfgang von Goethe. She also worked as a teacher at a grammar school for girls in Uppsala.

Teresia Eurén was born Clara Natalia Teresia Eneroth in 1869. Her parents were Anders Eneroth and Lisette, née Trahn. They lived in Gothenburg where her father was active as a wholesale merchant. She had two sisters and two brothers. Her older sister, Carola Eneroth ran a school and her younger sister, Andrea Eneroth was a textiles teacher.

According to an article in Svenskt översättarlexikon written by Nils Håkanson and Ludvig Berggren, Teresia Eurén was interested in literature from an early age. She could already read German without difficulty when she was only eight years old and ”for her age, she had a phenomenally learned knowledge of books”, according to an article published in the cultural magazine Idun on the occasion of her fiftieth birthday in 1919. She read classics like Schiller in their original language and tried to write her own poems in German as well as translate Goethe’s ballads.

Teresia Eurén later studied languages at the teacher training college for schoolmistresses in Stockholm. In 1896 she married Sigurd Eurén, a Ph.D. and lecturer at Uppsala University, and they had five children. She qualified as a teacher in 1889 and started work at a grammar school in Uppsala. Teresia Eurén made her debut as a translator from German in 1901 with Gottfried Keller’s Heimat short stories Seldwylabor. The same year, the volume Lyriska dikter appeared with her interpretations in Swedish of poems written by the French poet and Nobel prize-winner Sully Prudhomme. Two years later, the theologist Johannes Müller’s controversial book Kvinnans uppgift och ställning was published in Teresia Eurén’s translation. After that, several years passed before Teresia Eurén was published once again, but in 1914 she reappeared with her own collection of poetry Några dikter om Birgitta published by Norstedts förlag.

Teresia Eurén was very diligent as both an author and translator. She published several collections of her own short stories and poems as well as the novel Lucia in 1923. As a translator, she took on works by internationally famous authors like the American Sinclair Lewis and the Icelandic poet Gunnar Gunnarsson who wrote mainly in Danish. Teresia Eurén was also active in the women’s movement and translated the Indian feminist Sarojini Naidu’s Valda dikter in 1930. In addition, she translated poems by Pär Lagerkvist, Gustaf Fröding and Vilhelm Ekelund to German. Teresia Eurén was active as a translator until the end of the 1930s, with amongst other things a collection of short stories by the Nobel prize-winner Thomas Mann, and Joseph Conrad’s Typhoon in 1937.

Nils Håkanson and Ludvig Berggren write in addition in their article in Svenskt översättarlexikon that it was through her translations of the German ‘Bildungsroman’ that Teresia Eurén became especially well known. Among others, she translated Gottfried Keller’s story of artistic development Der grüne Heinrich that appeared in four volumes in 1917—1918. Precisely on account of this, according to the article’s authors, she attempted to persuade Norstedts, the publishers with whom she had extremely frequent cooperation as both an author and a translator, to allow her to translate Goethe’s Wilhelm Meisters Lehrjahre. However, no was the only answer she ever received. At the beginning of the 1930s, Teresia Eurén was finally given the opportunity to translate the book she had longed to do, in connection with the publishers Bonniers’ extensive investment in a number of works by Goethe.

It was however probably her translations of Sigrid Undset’s work that brought Teresia Eurén most renown of all. During the years 1921—1923 she translated the novel trilogy Kristin Lavransdotter and thereafter she became Undset’s main translator in Sweden. According to Nils Håkanson and Ludvig Berggren, it is possible to assert that it was Teresia Eurén’s translations that partly laid the ground for Undset’s Nobel Prize in 1928.

Despite the fact that German was the language she was best at, according to Nils Håkanson and Ludvig Berggren, it was her translations of Undset that were to live the longest. The authors of the article assert that her competence as a translator ”is characterised overall by thorough knowledge and skills in the original languages, knowledge and skills that she clearly acquired at a very young age. This resulted often in scrupulous translations that kept very close to their sources without forgetting to consider the Swedish readers”.

Teresia Eurén died in 1952 and was buried at the Old Cemetery in Uppsala. 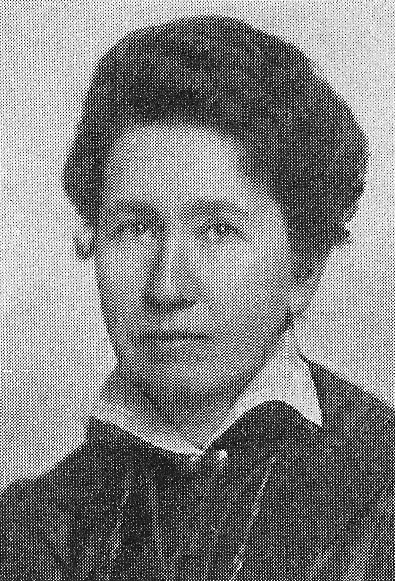