Dagmar Ebbesen was an actor, primarily of comedies. She was one of the most beloved comedic actors of her era in Sweden.

Dagmar Ebbesen was born in 1891. She was brought up in a theatre family. The household included her mother, the actor and operetta singer Jenny Öhrström, and her father, the Danish-born comic and variety show singer Ebbe Thorvaldsen (also known by his artistic name as Ebbe Thoraldsen), and her one-year-older sister Elsa. She and her sister spent most of their early childhoods being fostered as their parents were constantly touring. Once they returned to Stockholm, Dagmar Ebbesen made her stage debut in Tummeliten at the Östermalm theatre in 1904. She was 13 years old. The theatre world provided most of her education, which she gained from the likes of Albert Ranft, on tours with John “Massa” Liander’s company, and at Folkteatern in Gothenburg.

Her breakthrough came in 1921 in what was later described in a 1935 edition of Filmjournalen as “one of the greatest Swedish successes ever”: this was the originally Danish play Hemslavinnor, performed at Folkteatern in Stockholm. Dagmar played the lead role as the unmarried Kristiana who was forced to give up her child after giving birth only to be reunited with the child as an old household servant. The play was performed more than 500 times and during this run it was decided that a silent version would be filmed, using several of the current actors at Folkteatern, including Dagmar Ebbesen in the lead role. Elsa Danielsson wrote about Dagmar Ebbesen’s performance in Dagens Nyheter, stating that the audience “only had eyes for her” as soon as Kristiana appeared on the big screen. The audience did “not just laugh” at her “but empathised with her”, according to Danielsson’s report. Dagmar Ebbesen later examined this role, which became her trademark, in detail, mainly in the soundfilms Hemslavinnor, 1933, Vi hemslavinnor, 1942 and Kristin kommenderar, 1946, but also in Karl Fredrik regerar, 1934, Flickorna på Uppåkra, 1936, Frun tillhanda, 1939, Hanna i societén, 1940, and Dans på rosor, 1954. Dagmar Ebbesen rendered the role according to the spirit of the day using nuanced and varied elements but it always remained emblematic to the older generation of her profession. They embodied values such as a high work rate, pride in one’s work, satisfaction with one’s salary, financial prudence, keeping one’s word and being honest whilst also being independently minded and having the wherewithal to speak the truth. Her advocacy of a strict division between the sexes based on the understanding that men just were not able to live up to the high demands of caring made her an “old-fashioned feminist”. Behind her harsh and determined façade lay a heart of purest gold.

Dagmar Ebbesen remained at Folkteatern in Stockholm for most of the 1920s even while she was making films. She made her actual celluloid debut in 1922, the year before Hemslavinnor, in a role as a shrew in Anderssonskans Kalle. She began to focus increasingly on films at the expense of her theatrical work from the early 1930s. All in all she worked on about 80 films throughout the span of her career, of which about 20 relate to the household servant or housekeeper genre. Her specialism was in playing mature women from across the social strata, but sometimes she also performed as a town council representative, or consul general, or a countess. Despite the fact that she was more at home playing light entertainment roles she also sometimes acted in more serious films, perhaps the most eminent of these being the character of Madam Flod in Sigurd Wallén’s 1944 film adaptation of August Strindberg’s Hemsöborna.

Dagmar Ebbesen was quite regularly mentioned in Filmjournalen during the 1930s and 1940s, usually as an ordinary Swede rather than a classic film star in some glamorous “at home with” report. She rarely made appearances to sign autographs, or to attend gala premiers, or gala dinners. She lived a withdrawn private life in a seemingly happy marriage (since 1926) to bandmaster Heribert Abramson. However, she was also carrying a secret. When she was 20 years old she had given birth to a son who was handicapped and he had been sent to an institution. She had married the boy’s father, Oskar Thorell, but it was only a short-lived union.

Dagmar Ebbesen died in 1954. She is buried at the Norra cemetery in Solna. 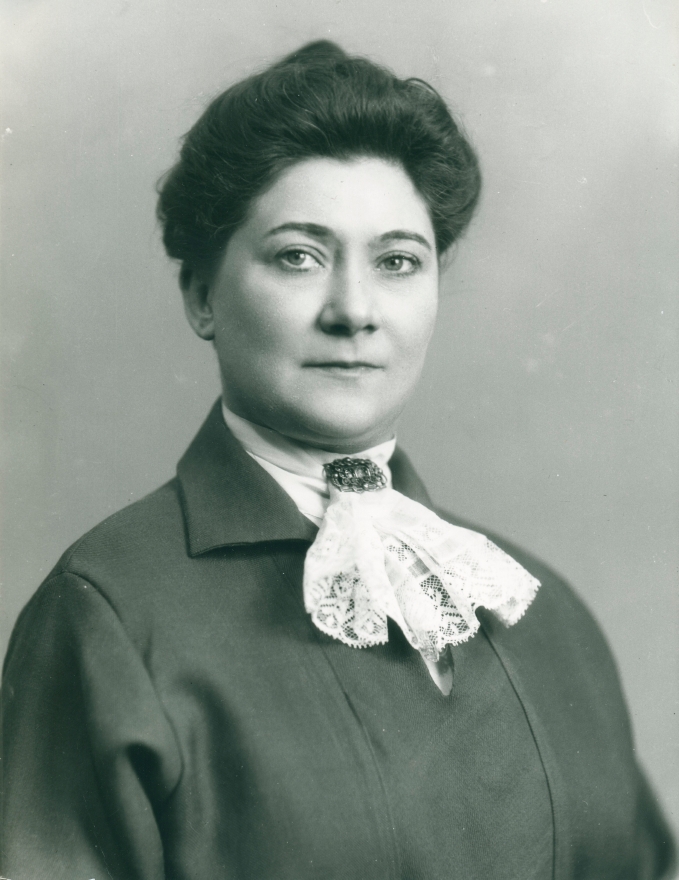