Marianne Erikson was an important textile historian whose extensive network of contacts enabled her to serve as a link between the Swedish and the international textile worlds.

Marianne Erikson grew up in Sala within a bourgeois family. Her father was a bank manager and her mother was also a bank employee. Marianne Erikson was interested in the humanities and after she gained her school-leaving certificate from the humanities programme at her hometown school in 1959 she then attended Uppsala university where she read ethnology and history of art and other subjects. Her lecturers at the university included the well-known textile historian Agnes Geijer. After working for shorter periods at various museums, one of which was Upplandsmuseet, Marianne Erikson began to work at Nordiska museet in Stockholm where Anna-Maja Nylén was head of the textile and national dress section. It was on Nylén’s recommendation that Marianne Erikson was, in 1974, appointed curator in charge of the textile collection at Röhsska konstslöjdmuseet (now Röhsska museet) in Gothenburg. She remained in employment there for 25 years.

The Röhsska museet’s annual publications during Marianne Erikson’s time there alternately note her title as antiquarian and curator. In international contexts she used the title “keeper of textiles”. Her role at Röhsska museet – which had the most extensive collection of textiles in Sweden – meant that she became one of several leading female textile curators of the twentieth century. She was preceded in her post by Vivi Sylwan and Elisabeth Strömberg, both well-known in their own rights. Whereas her predecessors had tended to focus on older materials Marianne Erikson instead came to form a connecting link between ancient textiles and the contemporary period. In addition to her thorough knowledge of textile history and textile technology she was very well-oriented within contemporary textile art, both at a Swedish and an international level. Whilst teaching at what is now HDK Valand (school of arts, crafts and design) in Gothenburg she connected with many young textile artists. She became an important mediator, networker, and negotiator within the textile world. She was linguistically gifted, knowledgeable, and well-read and moved with ease within both the Swedish international art and museum environments. She went on several study trips to Japan, a country and culture she held in high esteem, where she established long lasting friendships with artists and fellow museum workers.

During Marianne Erikson’s time at Röhsska museet the field of textile art underwent a period of expansion and change. Along with Jan Brunius, the museum’s director who was himself interested in textiles, she actively worked to turn the museum into a centre for textile art in Scandinavia. The status of the museum’s textile collection was confirmed through a series of strategic purchases from leading contemporary artists. At the same time, Marianne Erikson also safeguarded the historical elements of the museum’s collection. One of her interests was studying the museum’s major collection of Coptic textile fragments. Her research also involved Coptic textiles held within other Swedish museum collections and in 1997 she presented her findings in an internationally recognised book entitled Textiles in Egypt 200–1500 A.D. in Swedish Museum Collections.

Following a quarter-century’s worth of work at Röhsska museet Marianne Erikson resigned from her post in 1999. She began a new professional career after training as a cultural project leader at Kulturverkstan in Gothenburg and then worked on a freelance basis as a writer, curator, and lecturer, not just in Sweden but further afield as well. Many of the international institutions within the sphere of textile specialism which previously contacted Röhsska museet with questions about Swedish and Scandinavian textiles now turned directly to Marianne Erikson with their queries. She recommended Swedish artists for exhibitions being held outside of Sweden, she served on international jury panels and prize committees, wrote articles and facilitated personal connections.

Marianne Erikson frequently served to select Swedish participants for the textile Triennial held in Łódź, Poland. During the period of 2006–2009 she was a member of the jury which determined the recipient of The Nordic Award in Textiles which was handed out by Stiftelsen Fokus Borås. She wrote a lot of articles for the Hemslöjden and Zenit journals and served as Scandinavian correspondent for the international journal Textilforum which was published in Germany. She also contributed material to books, including articles for anthologies such as the 2012 work Lilli & Prinsen: 100 år av hemslöjd och textil konst and for the final volume of Signums svenska konsthistoria in 2013.

Marianne Erikson was somewhat of a local celebrity within Gothenburg city. She could often be seen on her bike, wearing colourful scarves and a shawl tied in a turban around her head, going between her apartment in the Majorna area of town and the various cultural institutions and studios of Gothenburg. She continued safeguarding Röhsska museet’s collections, often visiting her former workplace and supporting new employees with help and advice. Shortly before her death she arranged for her large private collection of academic books to be donated to the museum library, a gift which commemorated her strong and lifelong connection with Röhsska museet. The museum also received items of national dress, textiles, jewels and other artworks from Marianne Erikson’s estate. Indeed, Textilmuseet in Borås and Östasiatiska museet (the Museum of Far Eastern Antiquities) in Stockholm also benefited by receiving items from her estate.

Marianne Erikson was passionate about textiles. Her depth of understanding regarding the complex aspects of the functions of textiles within human culture meant it was only natural for her to blur the boundaries between studies of textile techniques, ethnology, art history, and the contemporary art scene. Even in the international sphere it is relatively unusual for researchers and writers to clearly exhibit such an encyclopaedic knowledge of textile history as well as a burning interest in contemporary artistic developments.

Marianne Erikson died in Gothenburg in 2013. 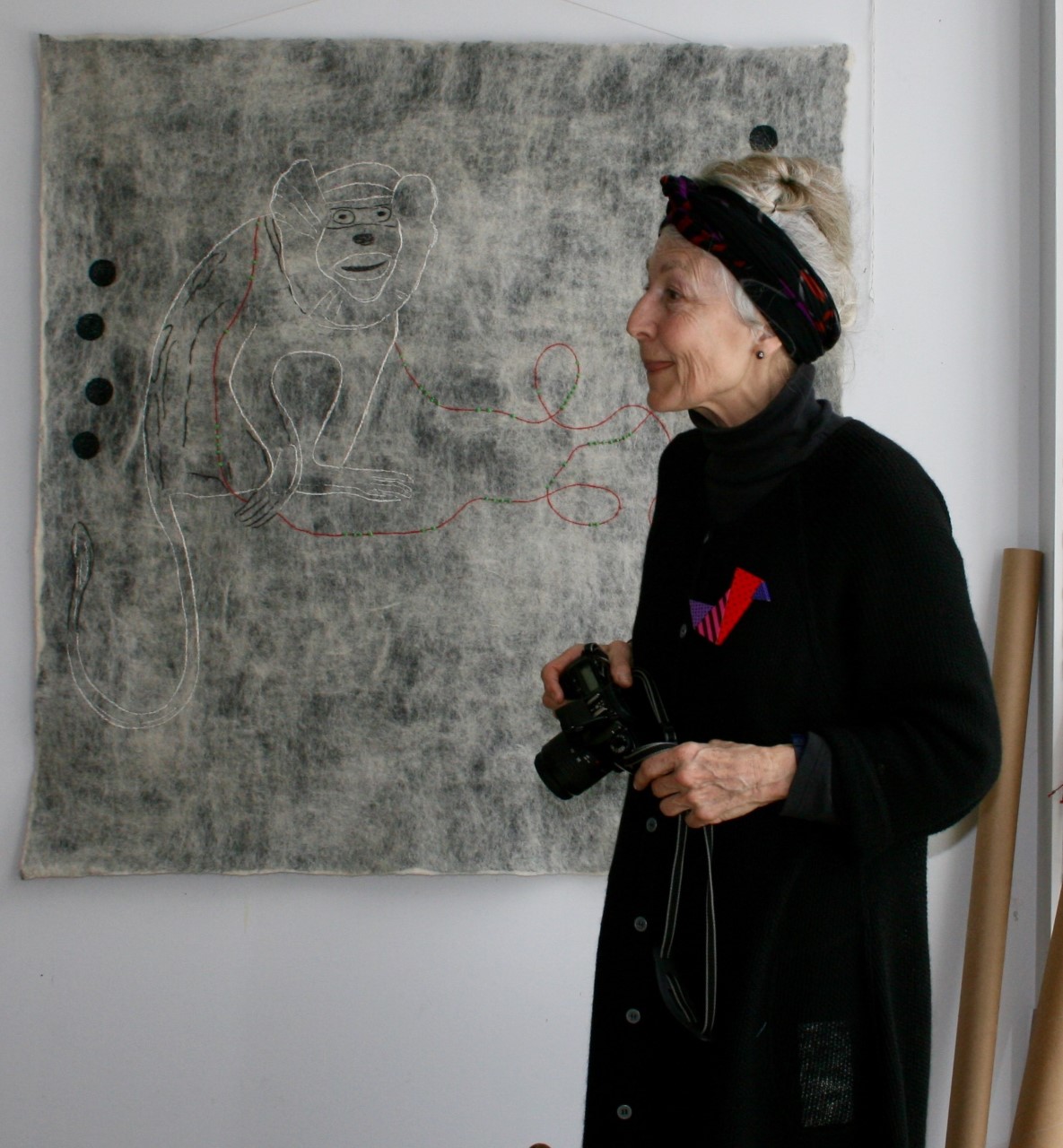