Dora Jacobsohn was a medical doctor and a ground-breaking neurophysicist.

Dora Jacobsohn was born in Berlin in 1908. She was of Jewish ancestry and her family was fully integrated within German society. Her father, Érnst Jacobsohn, was a lawyer. Dora Jacobsohn studied medicine at Friedrich-Wilhelms-Universität in Berlin, where she did very well in her medical exam which she sat on 20 January 1933. On 30 January that same year Adolf Hitler became appointed Germany’s chancellor. The Nazification of the university and of the health service rapidly followed, entailing restrictions on and the dismissal of people with Jewish ancestry and those who were political objectors. An official day of boycott against Jews was held on 1 April 1933. Dora Jacobsohn received a letter from the university on 18 November 1933 informing her that her application to become a qualified doctor had been rejected as a result of the so-called ‘Aryan clause’.

Dora Jacobsohn decided to flee to Sweden, where her mother had family, in 1934. At this time voluntary refugee aid groups were being established in Sweden by the likes of the Jewish congregation and the Kommitté för insamlingen till landsflyktiga intellektuella (committee to support intellectual refugees), offering employment opportunities and financial support from donated funds. Towards the end of the 1930s state contributions were made to voluntary organisations which supported the refugees.

At Uppsala University four of the professors were involved in refugee aid and they took on trainee teachers. Dora Jacobsohn made her way to the Akademiska sjukhuset (academic hospital) in Uppsala. There she became a trainee under Axel Westman, professor of obstetrics and gynaecology who was also a leading hormone-researcher. This paved the way for her extraordinary career within neuroendocrinology. Dora Jacobsohn followed Axel Westman as his researcher when he took up a post as professor at Lund University in 1935. She employed an innovative experimental approach and was extremely meticulous in her experiments using animals and a very accomplished surgeon. She established a new field of research and, during a ten-year long period of collaboration with Axel Westman, published 22 scientific studies.

When Axel Westman was appointed professor at the Karolinska Institutet in 1942, Dora Jacobsohn transferred her research to the Department of Physiology at Lund University. At that time it was led by professor Georg Kahlson, who was a leading anti-Nazi at that university. Here Dora Jacobsohn began her own ground-breaking research career, gained her PhD and became a docent in 1948. Her thesis was on the impact of hormones on mammary glands, based on animal testing. She became the head of the experimental endocrinology department and was appointed professor in 1964.

Dora Jacobsohn’s most important contribution to neuroendocrinological science was to reveal how the region of the brain called the hypothalamus regulates the distribution of hormones from the hormone-producing pituitary gland and thus regulates ovulation. She discovered this in collaboration with Geoffrey Wingfield Harris, a Cambridge-based hormone scientist. They both came up with the idea which they subsequently proved in experiments. This was a major scientific breakthrough and today (2017) it serves as the basis for hormone treatments in ovulation disorders and endometriosis.

Dora Jacobsohn initially ran her experiments under very basic conditions. She received support from the Rockefeller Foundation at first, and subsequently from the Swedish Research Council and from Lund University. Before she obtained Swedish citizenship in 1944 she had to earn her living by undertaking hormone analysis for a Dutch company. She used rabbits and rats in her experiments. She would cycle into the countryside to find rabbits, and pick the grass to feed them, whilst the rats were fed on left-over food from the city’s restaurants.

The only time that Dora Jacobsohn worked as a doctor was in the spring of 1945 when 30,000 survivors of the concentration camps arrived in Sweden and the emergency health service was mobilised in order to care for about 196,000 refugees. She developed tuberculosis while caring for the survivors and this forced her to spend time at a sanatorium where she endured lengthy treatments.

Dora Jacobsohn was a familiar figure of the Lund streets where, in what was unusual for the 1930s, she could be seen bare-headed and carrying a violoncello on her back. Once she had retired she spent her time making music and studying German, French and English literature in their original languages. Her death came as the result of a traffic accident. She died in 1983, following more than a year spent in a coma. Her grave lies in the Jewish section of the Östra cemetery in Malmö.

In Israel she has been commemorated by a verdant motte. At Lund University the Dora Jacobsohn lecture hall at the Biomedicinskt centrum (biomedical centre) was named in her honour. 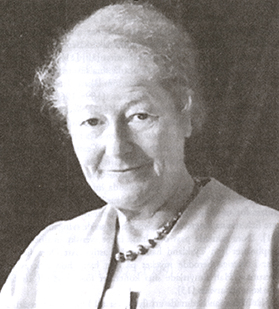