Jane Horney finished school without gaining her school-leaving certificate and then returned to live with her parents in Stockholm. She spent a period of time in Copenhagen. In 1929 she took a job onboard the Svenska Amerika Linien vessel Drottningholm, working as a cabin maid on the Gothenburg to New York passages. In 1938 the opportunity arose for Jane Horney to join an expedition to Greenland. She mustered on M/S Disko and subsequently completed four journeys, out and back, working on the boat. However, after the fourth trip she signed off on Greenland, where she then lived for six months. During this time she hunted polar bears and travelled across the ice by dog-powered sleigh to Canada. She documented her time in Greenland by taking a lot of photographs and writing a lot of letters. Once she had returned home she produced several reports on Greenland which she then sold to the Stockholms-Tidningen newspaper. Herje Granberg was the editor of the Sunday supplement in which Jane Horney’s reports were included. The two of them entered into a relationship and subsequently married on 27 December 1939. Herje Granberg was 15 years her senior and had a large network of contacts within the inner circles of the Stockholm cultural sphere. The couple socialised with actors, writers, and artists at popular establishments such as Konstnärsbaren (KB) on Smålandsgatan.

It is most likely that the end of Jane Horney’s life occurred in the waters of the Sound between Sweden and Denmark, and that she died at the age of 26. She is however still listed as ‘missing’ and has not been registered as ‘dead’. 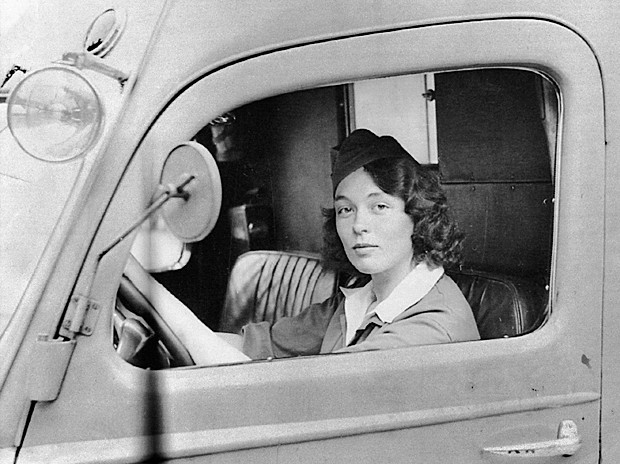