Ebba Hultqvist was a teacher and prominent suffragette and politician in Blekinge during the first half of the twentieth century.

Ebba Hultqvist was born in Stockholm in 1876. Although she had three older sisters they did not get the chance to grow up together as a family. Her father died in 1878 and was followed two years later by her mother. As the family was poor the siblings were split up following their parents’ death.

Ebba Hultqvist was taken to a children’s home for orphans although she did not stay for very long. She was almost immediately taken into a foster home in Gisslevik in eastern Blekinge where a crofting couple gave her a good home. With her foster parents’ help she eventually trained as a teacher. She gained her junior school teacher-training qualification in 1896, followed ten years later by her public school teacher-training qualification.

In 1896 she began to work in her local Torhamn community. On gaining her public school teacher qualification she gained a fulltime teaching post at Möckleryd school in 1906 and moved into teacher’s accommodation there. Möckleryd was not far away from her foster parents’ home in Gisselvik, thus it only took ten minutes for Ebba Hultqvist to get home for a visit.

Selma Olsson, one of Ebba Hultqvist’s Möckleryd students, has described her school days in an account held at the Lund Folklivsarkivet:

“Schools used to be bad. My maternal grandfather attended school for 8 days but wanted to learn to read so he visited an old woman, known as ‘Skole-Gertrud’ (Scholar Gertrud) and she taught him how. In my day you were supposed to go to school for 6 years, spending 4 months in Torhamn and 4 months in Möckleryd every year. Children did not have to do more than 4 months but I went for the full 8. The teachers were not that good. In my first year one of my teachers was Matilda Persson and the other was Ebba Hultqvist. Ebba was a qualified teacher and was too good to stay here, but the year she was my teacher I learned more than in all the other years put together.”

After a few years in Möckleryd Ebba Hultqvist headed off to Sölvesborg and a new teaching post there. Soon after moving to that town Ebba Hultqvist became involved with the school council, serving as a teachers’ representative and she became a board member of the town’s lecture association. She also became the chair of Sölvesborg sjukhjälpförening (sickness benefit association). In 1913 she was elected onto the town council as a representative for the liberal party.

Ebba Hultqvist was actively involved in the women’s suffrage movement. For many years she was the chair of the Sölvesborg Föreningen för kvinnans politiska rösträtt (FKPR, the local section of Landsföreningen för Kvinnans politiska rösträtt, LKPR, national association for women’s suffrage). When the Blekinge county association of LKPR was set up in 1912 she naturally joined the board along with Sigrid Kruse from Karlskrona and Augusta Tonning from Ronneby. Temporary members included Ida Schmitt from Karlshamn and Jenny Johansson from Eringsboda.

Ebba Hultqvist was politically active throughout her life. She ran the Liberal party women’s group in Sölvesborg from 1919 almost right up until her death in 1955. She donated money to Sölvesborg town so that funds could be set up. She was keenly interested in music and wanted to help enrich the musical life in the town. In 1946 she wrote the following as a supplement to a donation letter:

"It should be known that those who like to sing and make music, whether alone or in groups, both in our town and elsewhere, often find themselves in crowded conditions and suffer from financial troubles which are hard to escape from… I bow in humility before those who are not few in number, particularly in our town, who despite the lack of encouragement and understanding and often weighed down by the wearing daily grind, still tirelessly have the time and energy and desire to make music accessible to the general public. In gratitude for this and the richness that I have always gained from music I want to donate 7,000 kronor to Sölvesborg town to be used in accordance with the attached donation letter."

Ebba Hultqvist donated money to another six funds which in one way or another all served those who struggled financially. One of the funds was for enabling access to education, another was to add a finishing touch to Christmas celebrations, whilst two of the funds were simply travel funds. There was even a fund for orphans and children who were put into care.

In March 1954 Ebba Hultqvist wrote to Ellen Hagen, welcoming her to attend a meeting in Sölvesborg. She was not feeling particularly well at the time and so was unable to receive Ellen Hagen herself but hoped nevertheless to be in attendance and to catch her for a word. At that point Ebba Hultqvist was nearly 80 years old and it was hardly surprising that her energy was failing.

Ebba Hultqvist died in 1955. She is buried in Nora norra kyrkogård (Nothern Cemetery). 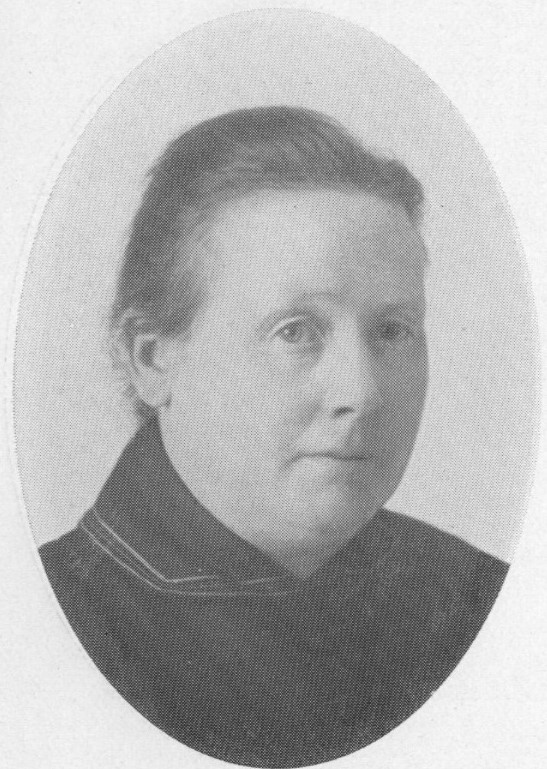