Edith Fischerström was a painter and graphic artist who was known for her portraits. She also began to sculpt at an advanced age. Several of her works can be seen in a variety of Swedish museums.

Edith Fischerström was born in Stockholm in 1881. She was the younger of two children born to Elvira and Carl August Olsson. Young unmarried women often worked in the family home while she was growing up.

From 1901–1903 Edith Fischerström studied at the Royal Swedish Academy of Art. Her academy teachers were Axel Jungstedt and the professor of art, Oscar Björck. During the ensuing years she taught drawing at the Sollefteå private school. By this time she had met the man who would become her husband, Carl Fischerström. He was serving as a lieutenant in ‘trängkåren’ (the Swedish army service troops). The couple married in 1905 and their son, Iwan, was born the following year.

The family moved around following Carl Fischerström’s various postings across Sweden, from Scania via Eksjö to Sollefteå. Their daughter, Louise, was born in 1909. After Carl Fischerström died in 1922 Edith Fischerström and the two children moved back to Stockholm.

During the first half of the 1900s Edith Fischerström went on study trips to Italy, France, and Spain. She painted in oils and never felt that watercolours suited her. She often displayed her work at group exhibitions, such as the 1914 Baltic Exhibition held in Malmö, for which her former teacher Oscar Björck was the art commissioner. Edith Fischerström’s first solo exhibitions were held in 1918 at the Lund university art museum and Nya Konstgalleriet in Stockholm.

Edith Fischerström produced a number of woodcuts with motifs related to Stockholm. These were then published as an album in 1928 and a few years later she found new motif inspirations on the Swedish west coast, as evidenced in two of her black and white, emotive woodcuts entitled Göteborgs hamn and Götaverken. She produced many portraits – her oil painting of the textile artist Annie Frykholm can be seen at the National museum, for example. It was painted in 1934 and portrays a mature woman who seems to exhibit great pathos. The viewer’s gaze is captured by the subject’s eyes and her hands.

Edith Fischerström also painted and drew landscapes, often using motifs from her study trips abroad and to Halland and Scania. The Dagens Nyheter newspaper review of her second exhibition of works at the Galerie Moderne in Stockholm in 1949 stated that she had achieved a greater and more independent approach to her painting and the reviewer felt that her work was “the manifestation of a truly feminine lyrical-empathetic mindset”.

Following a retrospective exhibition at Konstnärshuset in 1956 Edith Fischerström was lauded for her versatility and her artistic suffering as well as her talent for producing woodcuts. She was also considered to be a remarkable portrait artist who had a flair for portraying people. During the 1950s and 1960s a series of solo exhibitions were held at Konstnärshuset in Stockholm, in Skövde, at Malmö Museum and in Copenhagen. Her animal portraits – quick impressions of exotic animals such as lions and apes – were acquired by Moderna Museet.

When Edith Fischerström was 74 years old she began to sculpt animals and busts. Some of her busts include famous individuals such as Karen Blixen, Anna Branting, Gerda Lundequist, Eyvind Johnson, and Vilhelm Moberg with his instantly recognisable chin.

Edith Fischerström never used live models when she was painting portraits. She would meet the person in question, make a few rapid sketches from five different angles and then she would go home and work on the portrait. Sometimes she would use the model’s music or written work as inspiration. In her own words she would “build them up from the inside out”. An interview from 1963 revealed that she hoped she still had another two years of life left yet, and she did indeed get them, and another couple of years.

The Dagens Nyheter newspaper headline on 9 September 1967 was “Mrs Fischerström amongst her men”. The article described how the artist, newly arisen from her sickbed, was hosting a vernissage at Konstnärshuset, comprising oil paintings, reliefs, and sculptures. Just over a month later Edith Fischerström was dead, aged 86. Her work can be seen at the Gothenburg art museum, Kalmar art museum, and in the national portrait collection, as well as pieces held at Moderna Museet and the National museum. Her remains lie at Norra begravningsplatsen (the Northern Cemetery) in Solna. 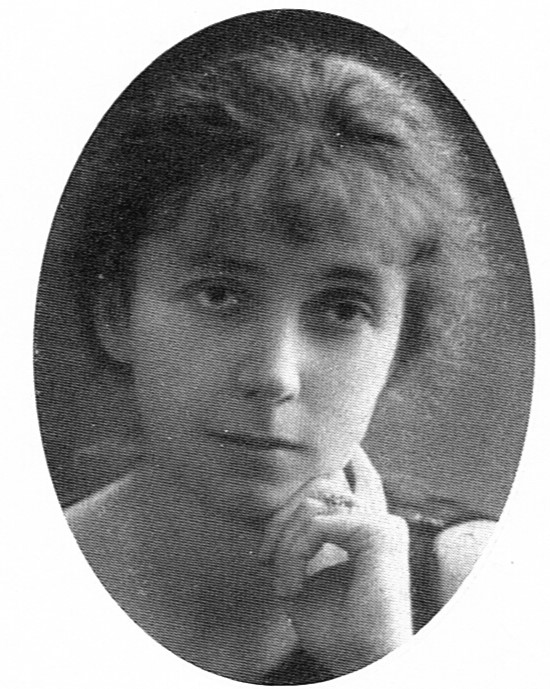