Jenny Roos was an actor, a photographer, and a Stockholm stationer. She was primarily known as one of the leading actors of the Swedish rural theatre world. She only entered the paper trade towards the end of her over 40-year long working life.

Edla Jenny Constantia Roos was born in Sundsvall in 1835. Her parents were Johan Petter Roos and Johanna Carolina Malmgren who were both actors. They got married five years after Jenny Roos was born. In 1842 Jenny Roos’ father set up his own theatre troupe and it was as part of this group that Jenny Roos made her acting debut at the age of 15. She played the part of Fanny in Johan Jolin’s play Barnhusbarnen. Her brother, Johan Axel Ferdinand Roos, who was born in Gävle in 1842, also joined the acting troupe. The J.P. Roos theatre company was well-reputed and Jenny Roos performed several major parts on the stage, including the role of Anna, the peasant’s daughter in Värmlänningarna. One of her roles which gets special mention in the Idun journal tribute article written after Jenny Roos’ death was the part of the young boyish scoundrel in Onni Wetterhoff’s Amor i barnkammaren. The play was performed at Djurgårdsteatern during the 1860s. However J.P. Roos’ theatre company suffered both financial difficulties and accidents during the 1850s and 1860s. Following a fire in 1869, in which valuable possessions – including costumes, scenery, and a theatre library – were destroyed, J.P. Roos closed down his theatre enterprise and withdrew from that sphere completely.

The closure of her father’s theatre company left the unmarried Jenny Roos without a job at a time of serious economic depression. It is not known what led Jenny Roos to take up photography as a career at the age of 35. Perhaps it simply seemed to offer a more secure income than what was available within the theatre world. Many photographers had been able to profit from the growing “cartomania” – namely the increased demand for photographic calling cards – during the 1860s. It tended to be the expanding, well-off middle class which was keen to have photographs taken. A considerable market also arose in the sale of photographs of famous individuals, particularly royalty and stars of the stage. When actors were photographed they were usually dressed in the stage costumes used in well-known performances.

Jenny Roos had certainly studied the photography studio professionals at work when those types of photographs were being taken and she had been able to generate a contact network. Caroline von Knorring had established her photography studio at Regeringsgatan 59 in Stockholm in 1864. During her career she published two folders of images of Stockholm views, named Stockholm och dess omgivningar, which were presented and sold at the major art and applied-art exhibition held in Kungsträdgården in Stockholm in 1866. Caroline von Knorring got married in 1871 and moved away from the capital city. This enabled Jenny Roos to take over her photography studio. On 9 October that year Jenny Roos advertised in the Dagens Nyheter newspaper:

Photography. The undersigned, who has taken over Miss Caroline von Knorring’s Photography Studio at Regeringsgatan 59, presents herself to the esteemed Public. All accomplished portrait plates taken by Miss von Knorring are still available and prints can be ordered. Views and stereoscopes of Stockholm and Uppsala and other places can also still be acquired. Jenny Roos.

Over the ensuing weeks similar advertisements were placed in the Stockholms Dagblad and Aftonbladet newspapers. However, the economic downturn which reigned following the hunger years of 1867–1869 even impacted on the city’s photography studios. Further, the new industry was also suffering from an element of over-subscription: between 1860 and 1865 the number of studios in Stockholm rose from 10 to 65. The calling-card craze which had coloured the 1860s waned and in 1874 only 39 photography studios were registered in the Stockholm directory. Jenny Roos, being a newly-established photographer who lacked professional experience, probably found it a challenge to thrive in the severe competition that arose for a shrinking customer base.

Examples of Jenny Roos’ photographs can be seen in Stockholm city museum’s collections, including both portrait photographs and city views. A smaller number of portraits for calling cards can also be seen at the web-based Porträttfynd database. It is, however, difficult to say with certainty which images were produced by Jenny Roos and which were simply copied from Caroline von Knorring’s negatives. It is likely that that at least the landscape and city views were taken by Caroline von Knorring. Jenny advertised “Stockholm views” and others for a price of 50 öre each in an advertisement placed in the Västerviks veckoblad newspaper on 21 November 1871. Taking photographs outdoors at this time required great skills and a mobile darkroom, as wet collodion negatives needed both the exposure and development to be undertaken whilst the glass plate was still damp. It should have been nearly impossible for Jenny Roos to have undertaken the photography herself in the short time that had passed since she had taken over the enterprise, especially at such a dark time of year.

After just two years of running the photography studio Jenny Roos returned to treading the boards. She performed at Nya teatern (later known as Svenska Teatern), located at Blasieholmen. At the time it was the city’s largest theatre, accommodating over a thousand spectators. Although Jenny Roos worked there from 1874–1877 she never performed any major roles. She appears to have maintained close relationships with both her parents and her brother Johan Axel Ferdinand, sharing a home with them at Södra Teatern at Mosebacke until her father died in 1882. She then moved to Herkulesgatan 5 and began to work as a stationer. Her brother came to live with her in 1885. On 6 April 1886 the “unmarried tradeswoman” Jenny Roos was registered as bankrupt at Stockholm Town Hall court. Her possessions were valued at 3,341.80 kronor whilst her debts totalled 6,772.91 kronor.

Jenny Roos never married and is not known to have had any children. Her brother, Johan Axel Ferdinand, also remained a bachelor. Following her bankruptcy in 1886 the two siblings settled at Dramatiska teatern in Stockholm where Johan Axel Ferdinand had gained work as the theatre’s second director. Jenny Roos spent the last three years of her life living at Blasieholmstorg 9, again sharing a home with her brother. She died on 15 March 1901, aged 65. The death register for Jakob congregation names her cause of death as a brain haemorrhage. An obituary published in Hvar 8 dag noted that Jenny Roos “had performed more than 500 roles” and that she was “highly esteemed both in the countryside and in the capital city”. Idun celebrated both her stage career and her character: “Lively and convivial in manner, she made friends wherever she went; it was perhaps not the easiest of processes to become her friend but once you had been accepted she remained your friend for life”.

The obituaries mention neither her photographic endeavours nor her trading activities. Jenny Roos was buried at Norra begravningsplaten (the Northern cemetery) on 21 March 1901. 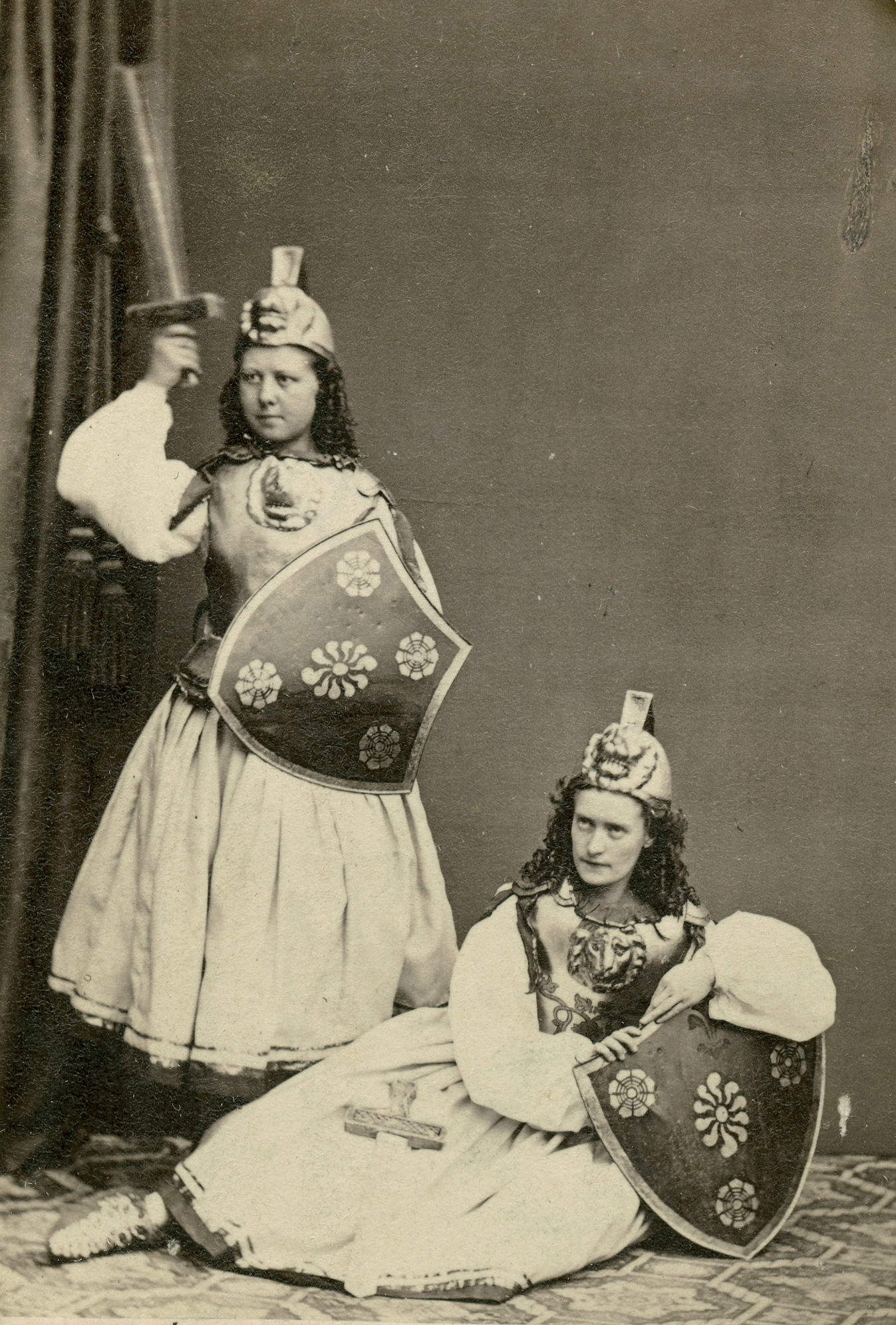