Eivor Olsson Lagman was born in Gothenburg in 1922. She developed an interest in sports at an early age. Her talent for throwing events already became apparent at school as when she threw small balls during playtime they always landed beyond the schoolyard walls. Eivor Olsson Lagman used to somewhat exasperatedly recount that: “The PE teacher just used to shake her head, however”. Meanwhile her father, Knut Olsson, encouraged her interest in sports. His own sporting ability lay within the spheres of cycling and skating. Eivor Olsson Lagman was, as she herself said, a very shy person and did not have the confidence to join a club. It was not until she had the support of a friend that she took that step, and at that point she was already 18 years old. Her first club was Kvinnliga IK Sport. She was only a member for a year and then transferred to Redbergslid IK. After spending ten years as a member there she then joined Göteborgs Kvinnliga IK (GKIK), where she remained for the rest of her sporting career.

When Eivor Olsson Lagman first joined a sports club she used to train twice a week. When her successes became tangible, by the mid-1940s, she then increased her training frequency to four times a week, each week. Her favourite training partner was fellow shot putter Ingrid ‘Pyret’ Almqvist. For a number of years they basically trained every day during the summer months. They were solely responsible for the majority of their training, although once their successes at national competitions began to mount up they began to get some assistance from Martin Jansson, the national coach. Eivor Olsson Lagman gained her first cap in 1947 when she won the shot put event, although overall the team lost to Denmark. In total she participated in 30 such competitions, and at some of them she was able to claim the top prize.

Eivor Olsson Lagman represented Sweden as a shot putter in several international contexts. Her first such performance was at the 1946 European championship in Oslo, where she achieved fifth place. At the 1948 London Olympics, the first time ladies’ shot putting was included as an event, she very easily exceeded the qualifying distance of 12.30 metres by throwing 12.62 metres. However, in the final she only threw 11.84 metres and had to settle for 11th place. At the 1950 European championship held in Belgium Eivor Olsson Lagman competed in both the shot put and the javelin. Once again she placed 11th in the shot put, throwing a distance of 11.90 metres, whilst she placed 13th in the javelin at a distance of 34.85 metres. In the latter she was out-distanced by several metres by Ingrid Almqvist. Eivor Olsson Lagman was also selected to compete in the 1952 Helsinki Olympics. By that time competition was really stiff given that the Soviet Union was included amongst the competitor nations. She qualified with a 12.70 metre throw but in the final she only managed 12.46 metres, putting her in 3rd place.

During her membership of the Redbergslid IK Eivor Olsson Lagman also took on handball in addition to her other sports. She tended to serve as the goalie. She was part of the gold-winning team in the district championships on two occasions in 1947, once for indoor handball and the other for outdoor handball. 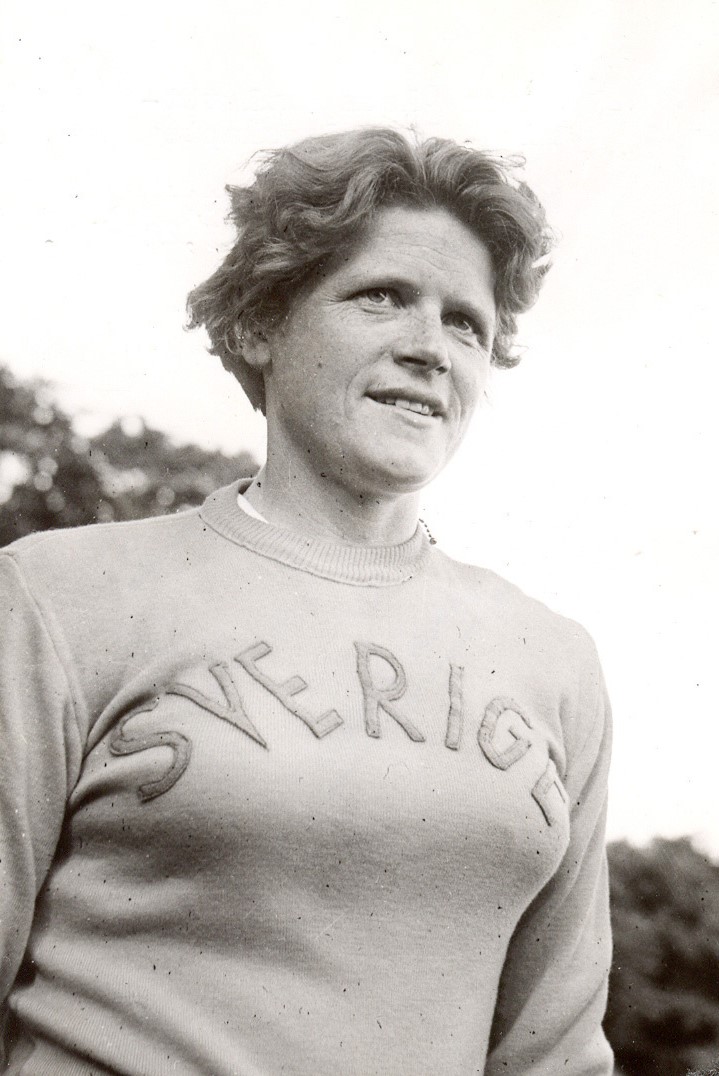