Elin Sundberg was a champion of the temperance movement and of women’s political rights. She was a vegetarian, a confirmed spiritist and theosophist who was also skilled in herbal medicine and homeopathy. Her home, Villa Solfrid, serves as a monument to her multifaceted activities.

Elin Sundberg was born on 30 August 1880 at Brömsegården on Klöverön just near Marstrand. She was the daughter of Olle E. Sundberg, a gold prospector, and Anna Christina Rutgersdotter. Both of her parents came from Klövedal on Tjörn. Elin Sundberg was orphaned before she turned twelve but the inheritance she received from her father allowed both her and her elder sister Matilda (married Båysen) to become financially independent.

After being home-schooled by governesses Elin Sundberg continued her studies at Majornas elementarläroverk för flickor (girls’ school). At the age of 15 she was sent, on her own, to Bremerhaven in Germany where she spent several school terms living with Dr. Gill, headmistress of a girls’ school there. Elin Sundberg was musically gifted and she spent the years around the turn of the twentieth century studying opera and stage performance in London and in Stockholm. Elin Sundberg spent the period leading up to 1910 performing at various places throughout Sweden. She then took weaving and traditional handicrafts courses at the Slöjdförening (handicrafts association) school, now known as Högskolan för design och konsthantverk or HDK (School of Design and Crafts). Elin Sundberg then began her formal career by working at Wendelsbergs folkhögskola (folk high school) and at Billströms folkhögskola as an instructor in weaving, vegetarian cooking, and sexual education. She later worked as a handicrafts inspector for Gothenburg and Bohuslän rural society.

Elin Sundberg understood from an early age how destructive Swedish drinking habits were and in 1906 she joined the temperance organisation IOGT. By the next year she resolutely paid to have a boarding house built on behalf of the organisation in her hometown of Kyrkesund and a few years later she allowed the building to be used as a school premises for the local children.

Women’s rights were also important to Elin Sundberg and she became involved in efforts to achieve women’s social emancipation from an early stage in her life. In addition to her professional life she also held a number of responsible positions and was involved in several associations. In 1911 she joined the women’s temperance organisation called Vita Bandet (the White Ribbon), on behalf of which she immediately joined the campaign being run by female herring workers in Bohuslän. Elin Sundberg made the relevant authorities aware that changes were required and through close cooperation with the then careers inspector Kerstin Hesselgren she ensured that continuous improvements were made in working and housing conditions for these women at the herring saltings on the Swedish west coast. Elin Sundberg also frequently engaged in polemics in a series of different temperance journals and for several years she worked as a travelling lecturer on behalf of IOGT and Vita Bandet and gave talks on temperance and women’s rights. Emilie Rathou, founder of Vita Bandet, referred to Elin Sundberg as one of the most confidence-inspiring women on the west coast of Sweden, describing her as a modest and straightforward person who campaigned enthusiastically and ardently on behalf of social justice. Elin Sundberg’s jaunty attitude and lovable personality shone through when she spoke in public winning over her audiences.

Elin Sundberg was keen to take matters into her own hands. When she, as a 36-year-old unmarried woman, desired to own her own home she purchased a bit of land close to her father’s childhood farm near Kyrkesund on Tjörn where she decided to build a house. By 1916 Villa Solfrid, a fort-like stone-built house, was completed on the barren fen. This work was immediately followed by the hard labour required to transform the bare rocks and fen into a green, self-sufficient garden.

Elin Sundberg was also politically active and was one of the earliest women in Sweden to hold the position of chair of a political pension agency. She was a member of the Gothenburg and Bohuslän county council for several years and in 1921 Elin Sundberg was one of eleven parliamentary candidates to stand for election on behalf of Frisinnade landsföreningen (the Free-minded National Association) in Gothenburg and Bohuslän. That year she decided to leave Tjörn and register herself as a resident of Gothenburg. In November Elin Sundberg joined the Förening frisinnade kvinnor (FFK) (Free-minded women’s association) and was also elected onto the board of the newly-established county association of Gothenburg and Bohuslän. In 1923 she was also elected as a member of the central board of Frisinnade Kvinnors Riksförbund (the National association of Free-minded Women) and was appointed to Nykterhetsutskottet (the temperance committee) along with Ellen Hagen, Nina Benner-Anderson and Alma Sundquist. During her time as a member of the FFK Elin Sundberg campaigned to have public temperance form part of every social reform plan and produced a detailed study plan for courses on temperance on behalf of the county association.

Elin Sundberg lived with Lillie Landgren and her adopted daughter at the Torshäll horticultural school in Leksand for several years during the mid-1920s, during which time she withdrew from most of her engagements.

Elin Sundberg had an entrepreneurial flair and spent several years running her own business in central Gothenburg. In the autumn of 1928 she set up the Elin Sundberg Konststoppningsateljé (invisible mending studio) where she was keen to hire women who needed some help in finding their way back into society again. During the mid-1930s Elin Sundberg sold her business, which then continued operating under the new name of Lappcentralen. Following a couple of years serving as chair of the Vita Bandet local section in Gothenburg, she then spent her first years as a pensioner travelling around the world on board the Atlantic steamship M/S Gripsholm.

Elin Sundberg returned to Villa Solfrid in 1936 and then lived out the remainder of her days on Tjörn. She died on the night of 13 December (St Lucia day) in 1965. She was buried in her parents’ tomb at the Marstrand cemetery on Koön.

One of Elin Sundberg’s final wishes was implemented after her death, namely to set up a trust in order to maintain her home in such a way as to “shine a light on living conditions during the 1900s” and her home Villa Solfrid remains open to visitors today. 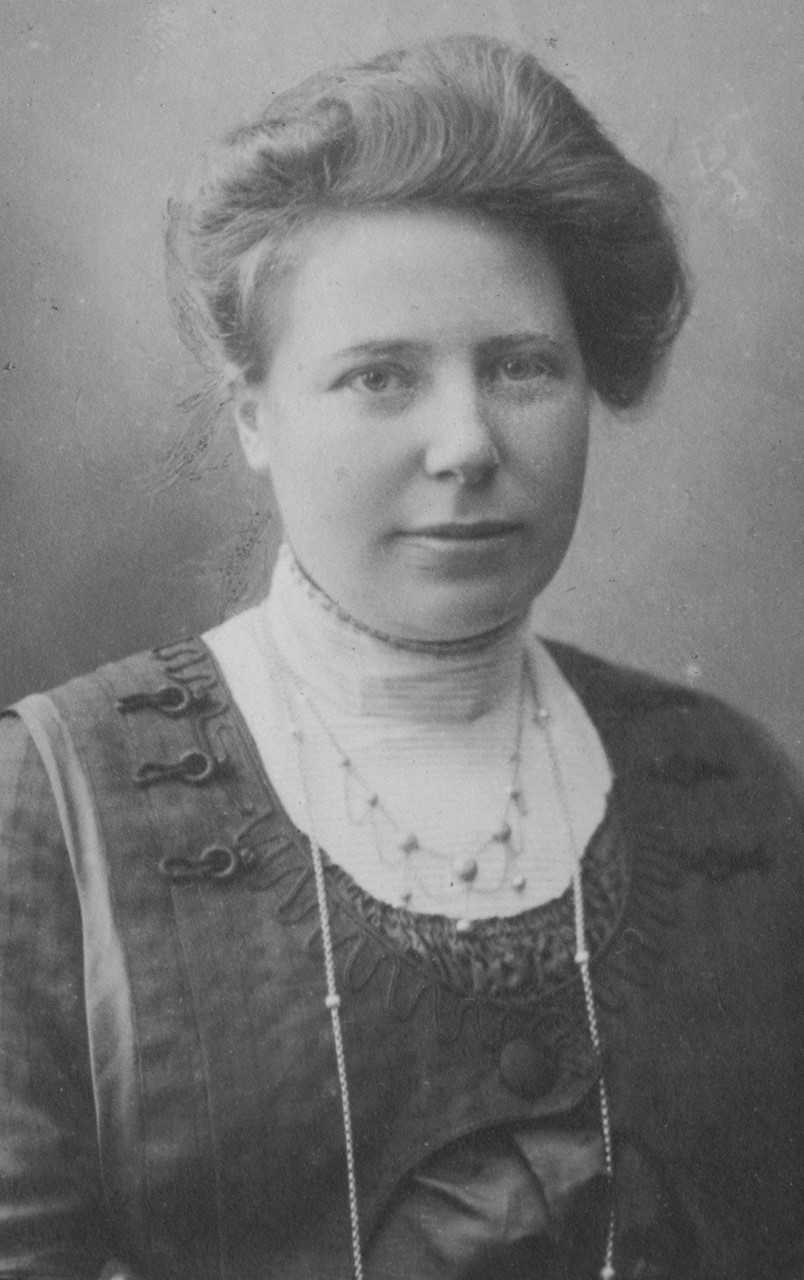