Elin (Helena) av Skövde lived in the province of Västergötland (Westrogothia or West Gothland) at the end of the Christianization of Sweden in the early twelfth century and was later a well-known saint.

Although it is unknown exactly who her parents were or when they lived, it is said in her medieval biography that they were of noble birth. When Elin was of age, she married a well-to-do man and together they had many children, at least one of whom was a daughter. Elin was widowed at a young age but she never remarried. As a widow, she had complete control over her wealth which is reflected in her donations to the new Christian church. Throughout her life, Elin distinguished herself by being an active proponent of the new church’s customs, for instance by praying for other people and performing especially Christian good deeds.

Included among the latter was Elin’s contribution to the building of a church in Skövde and possibly also to one in Götene. In addition to these good works, Elin had the means and opportunity to go on a pilgrimage to Jerusalem. This journey took place shortly after Elin’s son-in-law had been murdered by his servants. According to Elin’s medieval life, they were upset at their master due to the fact that he severely abused his wife. Elin was summarily accused of having deliberately caused his death as she wanted to protect her daughter.

It is alleged that Elin had a dream in which she died in Götene but was buried in the new church (which she had financed) in Skövde, which proved to be prophetic. Shortly after returning home from her pilgrimage to Jerusalem, while travelling to Götene to attend the consecration of a new church, Elin was killed by her son-in-law’s relatives to avenge his death. Shortly thereafter, miraculous events occurred that were attributed to the handling of Elin’s relics which lead to her being venerated locally as a holy woman and a saint.

By the end of the fourteenth century, Elin was recognized and venerated throughout the Swedish kingdom. Her feast day was celebrated on the 30 July in the Skara diocese and on the 31 July in all of the other Swedish dioceses. The Swedish municipality of Skövde’s contemporary remembrance of Elin is reflected in her inclusion in the city’s coat of arms. 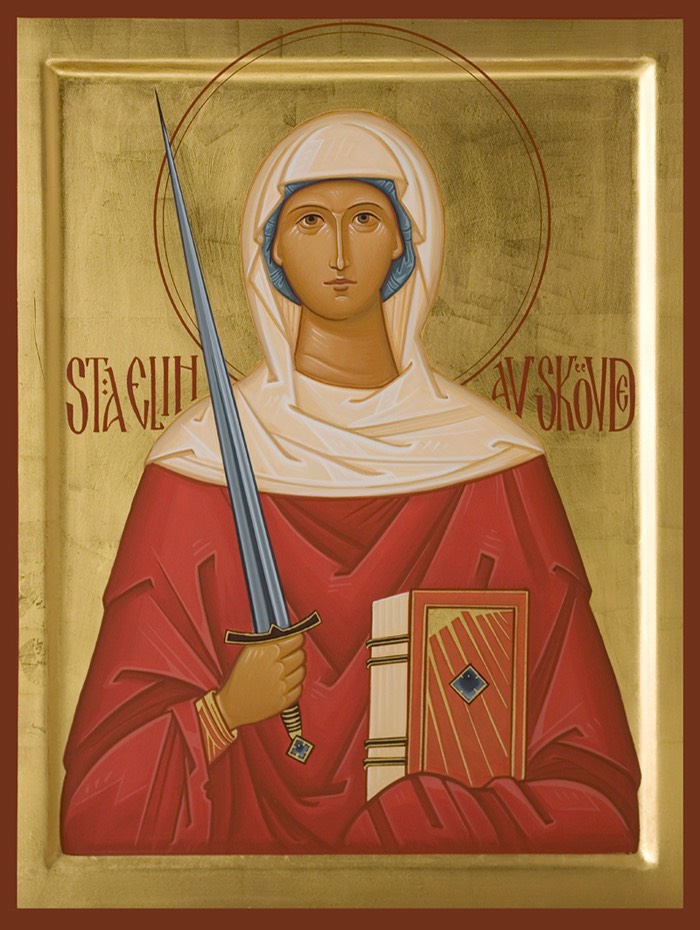