Elisabeth Bastholm was a textile artist and a driving force in the development of liturgical textiles in the late 1800s.

Elisabeth Bastholm’s first documented education in textiles was a course in decorative needlework run by the handicrafts association Handarbetets Vänner (HV) in Stockholm. There her interest in liturgical texts was awoken, giving her art a wider meaning than just being luxury items for private consumption, even if they reached a high artistic level in later years. Liturgical textiles were to follow her through her professional life.

Elisabeth Bastholm probably worked at the Gothenburg atelier for liturgical textiles sometime during the atelier’s 16 years of activity. It is clear that she received financial support from the atelier when it was closed in 1897. This she used to finance a six month long study trip to Germany. The time in Germany was spent mainly at the established liturgical textiles atelier in Neuendettelsau outside Nuremburg, where Elisabeth Bastholm deepened her knowledge of textile arts and crafts.

After her study trip, she was sufficiently equipped to start up a new liturgical textiles atelier of her own, which she called Paramentverkstaden in Gothenburg. Orders rolled in from churches around the country and the atelier was soon firmly established. Other ateliers with similar production usually had several employees, and as many as ten embroiderers might work at the same time or one after the other on each textile work, but all evidence points to Elisabeth Bastholm being the sole embroiderer during the 15 years that her atelier was operative. For that reason, linking individual works to her is easier than is possible with textiles from other ateliers. The majority of orders accepted by Paramentverkstaden in Gothenburg were for altar cloths and vestments for the churches in Gothenburg, but work was also carried out for churches in other places. The bishop’s raiment for the newly constituted Luleå Diocese in 1907 was probably Elisabeth Bastholm’s most prestigious assignment.

In 1906, Elisabeth Bastholm received an award from the College of Commerce and the Gothenburg handicrafts and industry association. This enabled her to undertake another long study trip. This time she travelled to Cologne, Nuremburg, Munich and Vienna.

In 1913, Elisabeth Bastholm closed the Paramentverkstaden in Gothenburg and moved to Stockholm. From 1916, she is registered as being employed as an embroiderer at the Licium liturgical atelier. She worked at Licium at least until 1926. 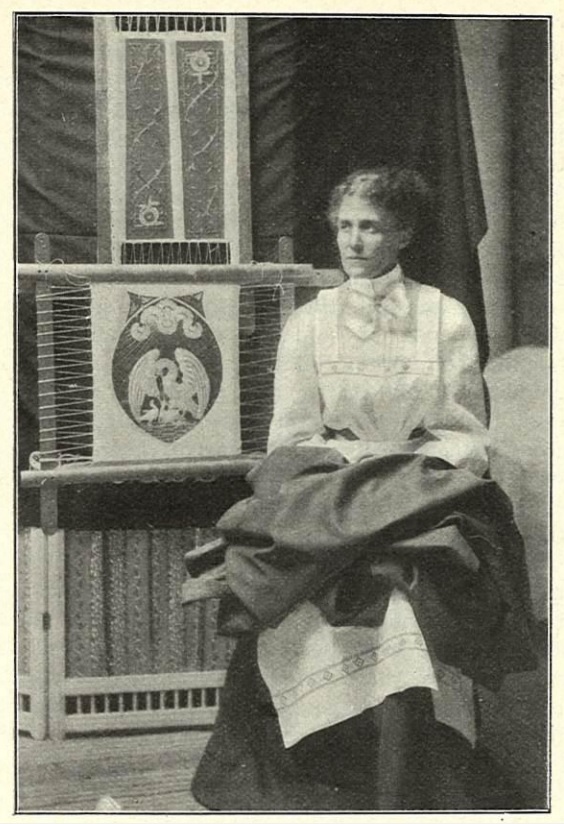