Elisabeth Beskow was an author who was active during the decades around 1900. She published her books under the pseudonym Runa. Her books were well distributed in the Nordic countries and Europe, as they also were in the Swedish districts in the USA.

Elisabeth Beskow was born in 1870 in Stockholm, the daughter of the well-known Stockholm clergyman Gustaf Emanuel Beskow, the founder of the Beskowska skolan and initiative-taker to the building of Blasieholmen Church. Elisabeth Beskow’s mother was Anna Beskow, a clergyman’s daughter who was to survive her whole family and live until she was 96 years of age. Elisabeth Beskow was the third of five children: Bernhard and Anna who were older and her younger siblings Harry and Lotten. Henry died when he was only 11 years old of pneumonia and Lotten died in infancy. Bernhard Beskow gained his B.A. Degree and became a lecturer. He was the only one of the siblings to marry and have a family. Elisabeth Beskow was very close to her brother’s children. Her sister Anna Beskow was Elisabeth’s confidante in all situations, but died when she was only 40 years old of a gallbladder and liver illness.

Since Elisabeth Beskow’s father was very interested in school issues, she received a very good education considering the time. Her three first school years were spent at the Beskowska school, as the only girl among 300 boys. After that she was moved to the Löwenhielmska school, of which her father’s friend Gustaf Samuel Löwenhielm was the principal. Elisabeth Beskow’s best friend, G.S Löwenhielm’s daughter Anna, attended the same school. In 1884–1888, Elisabeth Beskow attended the Ateneum for girls. She finished school after eight years.

Elisabeth Beskow was eager to “do something useful with life” as she put it. She wanted to train to be a nurse. However, her parents thought it would be more suitable for her to train to be a physiotherapist. She started physiotherapy training therefore at Arvedsons Gymnastiska Institut (AGI) in Stockholm. It had opened in 1887 and had an eminent set of pupils from middle-class Stockholm families. Elisabeth Beskow started her training in 1890 but was not happy. She tried again to persuade her parents that she wanted to be a nurse and in 1892 she was allowed to start her training at the Red Cross school of nursing. The year after, in 1893, she continued at Sophiahemmet’s school of nursing. In 1894, she qualified as a nurse and was employed at the Serafimerlasarettet. That job was unfortunately short-lived.

Elisabeth Beskow was troubled by recurrent heart problems. The work as a nurse exacerbated the symptoms and led finally to her being compelled to leave the profession against her will. That was a hard decision for her since she experienced the work as her vocation. As a form of therapy, and to drive away her sadness, she started writing stories and in 1895, incognito, she handed in a manuscript to the publications section of the Evangeliska Fosterlands-Stiftelsen. She used the pseudonym Runa, and let her maternal aunt, the author Vendla Emanuelsson deliver the manuscript. Her debut book, Allt eller intet, came out in 1895 and was to be followed by a further fifty or so books and stories. One of her favourite places to write in was under a tree at Skansen in Stockholm. She wrote all her manuscripts by hand in neat handwriting.

During the 1950s and 1960s, the so-called Runa-books received a renaissance, and were published in a new edition by Gummessons bokförlag. The books were regarded as being edifying literature and were widely distributed in neo-evangelical circles. They were translated to several languages and distributed in the Nordic countries, Europe and not least the Swedish districts in the USA. They were printed in several editions and published mainly by three different publishing companies: Evangeliska Fosterlands-Stiftelsens förlag, A.V. Carlsons bokförlag and J.A. Lindblads Bokförlag AB. Books by Anna Ölander were published by the same companies and in the same genre. It was not unusual for women authors to publish religious works of literature. It was also common for them to publish books for children and young people. Anna Ölander and Elisabeth Beskow are both typical examples of this as was Elsa Beskow who married into the Beskow family.

Elisabeth Beskow never married but lived with her mother her whole adult life. Apart from her sister, Elisabeth Beskow had a few close friends with whom she shared deep and intimate companionship. One was Anna Löwenhielm, mentioned earlier, and another was her cousin Catharina Beskow, who in 1912 took the initiative to a women’s chess club: Stockholms Kvinnliga schackklubb. Elisabeth Beskow had the closest and most frequent contact however with Maja Beskow and Julia Byström. The Beskow family had a summer residence in Öregrund, where they spent the summers and where Elisabeth Beskow got to know Maja, who later shared a home with Julia Byström in Umeå. The three of them travelled together in Sweden, spending the summers at different guest houses and walking in the mountains.

Elisabeth Beskow was a complex personality. She had strong, decided opinions on the one hand, clearly expressed in her emphatically right-wing conservative political views. On the other hand, she had progressive ideas and not least the explicit idea that women must have the right to live as they themselves wished. She considered that women should be able to vote on the same conditions as men and was a paying member of the National Association for Women’s Suffrage in Sweden (LKPR). She stopped supporting the association when LKPR abandoned its neutrality politics in 1911. She chose instead to support the liberals and social democrats. Elisabeth Beskow never changed her opinion on women’s suffrage, however. She was also active in temperance issues and read a great deal. Altogether, she was an educated woman with great interest in contemporary issues.

It seems that it was Elisabeth Beskow’s warm, devout Christian faith that was most important to her, and it was the Christian message that she wanted to communicate in her stories. She never made any public appearances preaching or giving speeches, and referred to her shyness, but hearing problems probably also contributed. Writing was an alternative way for Elisabeth Beskow to preach at a time when women clergy were few anyway, and not permitted at all in the Swedish church. In her stories, she often communicated her message via open endings. She thus left the reader to draw her or his own conclusions and make her or his own choices. She also allowed children to play a prominent role in the stories, providing solutions in problematical and tangled situations most often caused by the adults. She treats issues concerning divorce, love between woman and man in a “new” era, the relationship between people from different social backgrounds or in which the man is younger than the woman. She also deals with questions concerning the relationship between the workers’ movement and the church, not to mention sibling rivalry. Her red thread in her stories is however always the love between God and human beings and how grace and forgiveness are infinite in a way incomprehensible to human beings.

Elisabeth Beskow was afflicted by stomach cancer that spread to the liver. She spent her last time in Åre. There she was nursed by her friends Maja Beskow and Julia Byström. Elisabeth Beskow died in 1928. She lies buried in the family grave in the Northern Cemetery in Solna.

After her death, Maja Beskow published a memorial book based on Elisabeth Beskow’s letters and diaries: Författarinnan Runa [Elisabeth Beskow]: en minnesbild grundad på författarinnans dagböcker och brev in 1932. She gained access to the material via Anna Beskow, Elisabeth Beskow’s mother, but unfortunately, the diaries and most of the letters have been destroyed since then. The extensive correspondence between Maja and Elisabeth Beskow has however been preserved in the Folkrörelsearkivet in Västerbotten. Another biography was published in connection with the new edition of the Runa-books in the 1950s and 1960s. Olov Gunnarsson then published En bok om Runa in 1956. 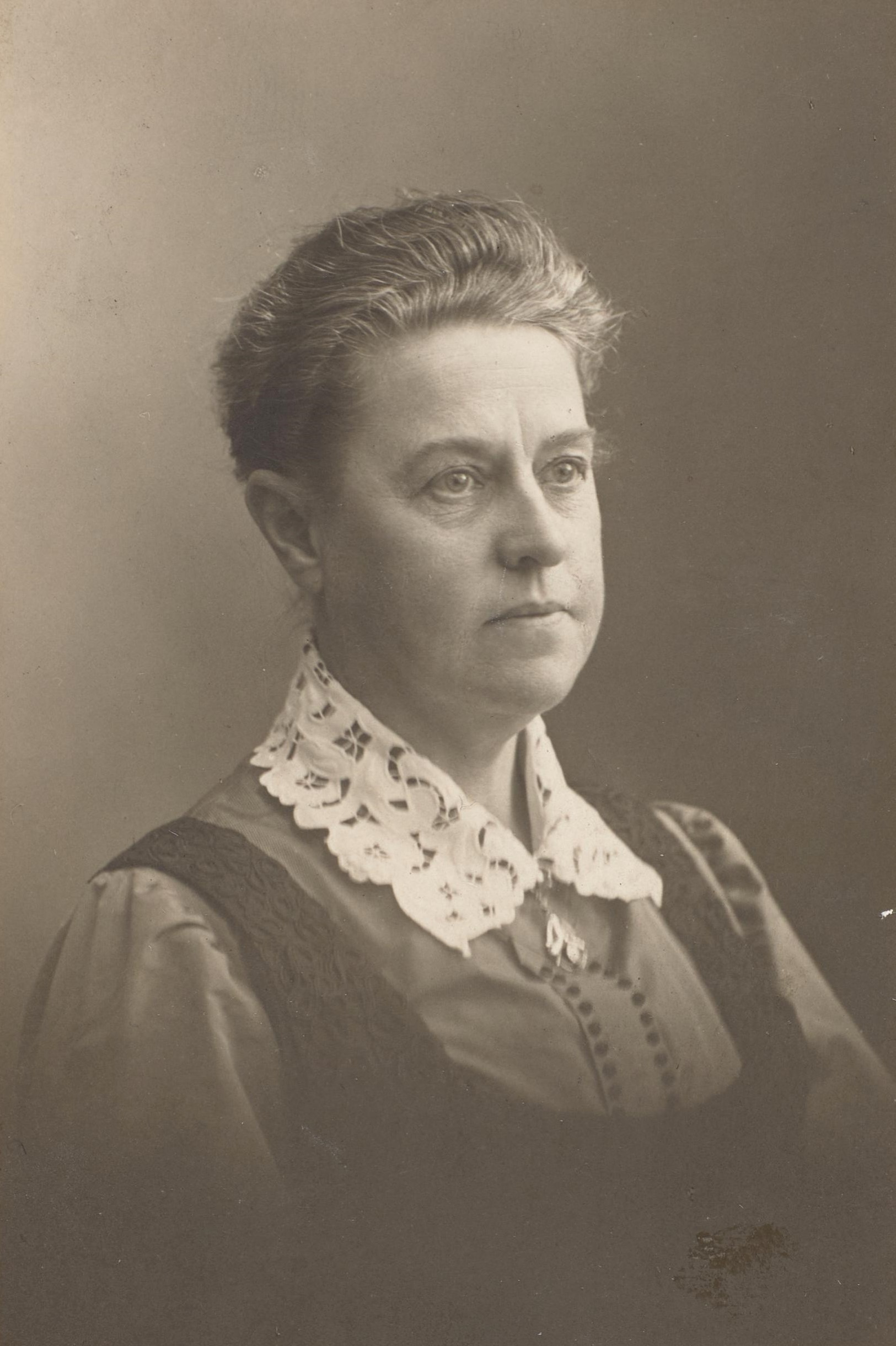