Elisabeth Cronström was a successful land and factory owner who ran Forsvik works as a widow.

Elisabeth Cronström was born in 1688 into one of the most powerful and wealthiest factory-owning families in Sweden. She was the youngest of five children. The family had been ennobled a few generations before she was born. Her parents were Peter Cronström and Johanna Grau. Elisabeth Cronström grew up mainly in Stockholm but also in Avesta, where both her father and her paternal grandmother owned a works and associated farmlands. Elisabeth Cronström’s childhood was influenced by the social life of the capital city as well as that of rural labouring.

When Elisabeth Cronström was 20 years old her parents found a husband for her. Through Elisabeth Cronström’s marriage to Sebastian Tham, who was 22 years her senior, an alliance was formed between the Tham and ennobled Cronström families. Elisabeth Cronström, with her noble and wealthy background, presented a good match and Sebastian Tham was one of the wealthiest merchants in Sweden. Before the wedding was held in 1708 he had begun to invest in various works and properties and thus the marriage alliance was financially beneficial to both parties. As a newlywed Elisabeth Cronström settled down with her husband in his spacious palace, Thamska huset, in Gothenburg. He had nine children from a previous marriage, of which the eldest son was the same age as Elisabeth. From 1708 onwards the couple had ten children of their own, of which four died in infancy.

In 1716 Sebastian Tham and his descendants were ennobled. He thus gained access to Crown service and gained the right to own stately manors. He became a member of the trade council and was able to enact title deeds for his first manor at Sannum. It is highly likely that Elisabeth Cronström was an active partner in her increasingly aging husband’s activities with regard to factories and manors. It seems that all the tasks which fell to Sebastian Tham’s responsibility were actually divided up between him and Elisabeth Cronström. She had knowledge and skills with regard to factories through her family’s works in Bergslagen. She and her children lived alternately at Sannum near Forsvik works, and at Öijared. The presence of the owner was vital during factory construction and it was Elisabeth Cronström’s responsibility to run the rural works in collaboration with her husband, whilst he largely managed his export trade from Thamska huset in Gothenburg.

During the 1712-1726 period the couple purchased properties which lay in a 220 km, geographically almost straight line, heading northeast from Gothenburg to Forsvik. The house in Gothenburg, the manors of Öijared, Stora Dahla, Lilla Hanhult and Sannum, as well as the Forsvik works, all lay along that line. In 1722 King Fredrik I and Queen Ulrika Eleonora the Younger were guests at the home of Elisabeth Cronström and Sebastian Tham, revealing not only the couple’s elevated status but also that their home was one of the most exclusive homes in that part of Sweden.

Elisabeth Cronström became a widow after 21 years of marriage and this meant she became legally independent. She took on the running of the family enterprises according to her own ideas, and she did so admirably from the beginning. What she inherited directly from her late husband comprised the house in Gothenburg, along with the Öijared and Sannum manors and from the outset she displayed proof of her determination and fighting spirit as regards expanding her domain. According to the will the Stora Dahla manor became the property of her one-year older stepson, Volrath Tham, but Elisabeth Cronström could not accept this. She took her claim to court and won. However, she did not stop at removing Volrath Tham but chose to gamble parts of her wealth against buying out all the children, both stepchildren and her own children, of their inherited properties. She also bought up the von Boij family share of the Forsvik works. She very quickly became the sole owner of both the works and Stora Dahla.

The legal records of court and parish cases reveal Elisabeth Cronström’s strength of character and her determined struggle to prove right from wrong. She was a highly-respected individual, to the extent that if she was away travelling, decisions would be delayed until her return. She sought to develop and improve living conditions for her servants and set up “children’s schools” in Forsvik, where children learnt to read, write and sing. She also ensured that a competent individual was found to educate the youth in the area. Both Sebastian Tham and Elisabeth Cronström believed in the importance of donating to the church, both financially and in other ways. They saw to it that the churches near the Öijared and Stora Dahla farms as well as Undenäs church at Sannum manor, were embellished with chandeliers, textiles, liturgical necessities, and the family coat of arms.

Elisabeth Cronström’s aim was to gain profitable returns and she worked hard and ambitiously to deliver them. She believed the route toward these ends was to ensure people’s well-being. Under her leadership another three large residential buildings were built for the smithies at Forsvik works. Two of them can still be seen today (2017). Elisabeth Cronström also had workers’ homes, new workshops, and storage buildings erected. She ensured that the details complemented the complete project and was a strategist in every detail. A large and resource-draining part of her work was the acquisition of large areas of land and farms in order to safeguard access to charcoal, which was fundamental to the production of bar iron.

Elisabeth Cronström ran her enterprise for 40 years. She had extensive influence in the areas she owned and ran her properties. She saw herself as a power-broker who could influence people’s living conditions and their development. She never backed down in the face of resistance. She spent decades fighting to introduce changes which she believed were significant and she often presented her own ideas and solutions.

Elisabeth Cronström died at her home of Sannum manor on Boxing Day 1771. She was 83 years old when edema got the better of her. She was buried in Stora Lundby church, near Öijared manor. 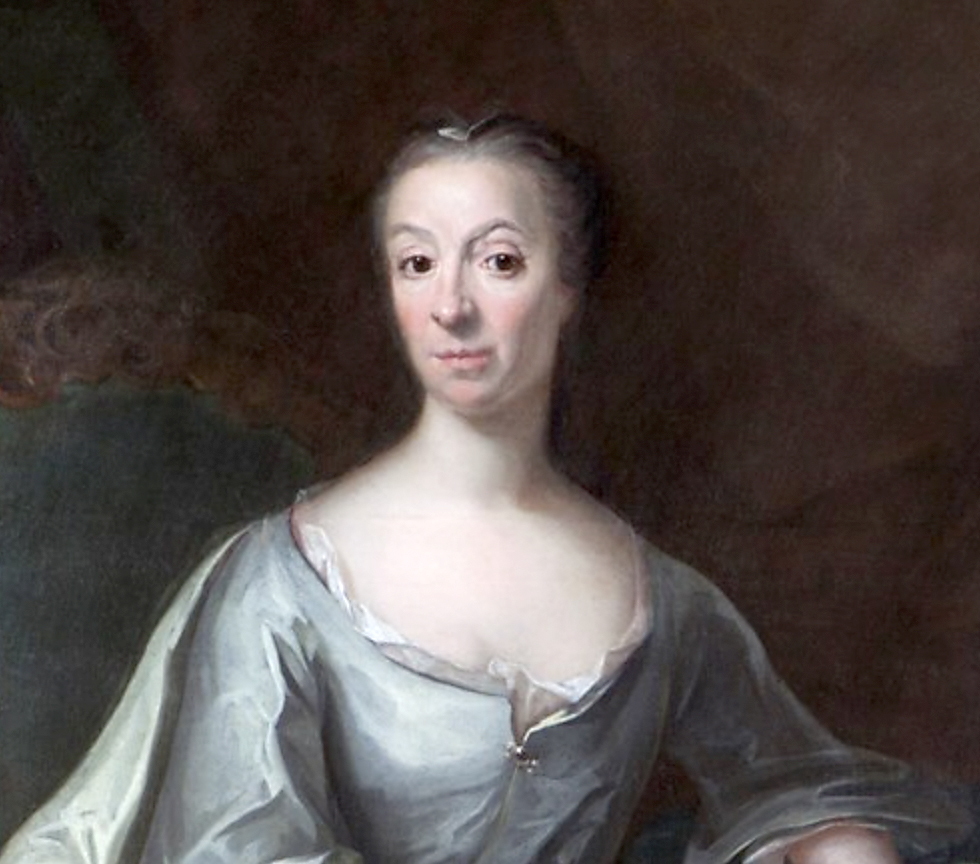