Elisabeth De Vylder was born in 1875 as Elisabeth Charlotta Lundberg. She grew up in Lund. Her father Birger Lundberg was a wigmaker with radical ideas: a Methodist, radical pacifist, opponent of tobacco and alcohol, friend of animal protection and vegetarian. Elisabeth De Vylder attended elementary school with success but her father did not want her or her brothers to matriculate, arguing that ”poor students are always in good supply”. Instead, he encouraged her to study music and she played the piano and took voice lessons.

When she was only 13 years old, she met her future husband Ludvig De Vylder when he came to their home to teach one of her brothers German. He had grown up in Germany with a Swedish father and arrived in Lund as a teenager to live with his paternal aunt, the philanthropist Maria Ribbing, née De Vylder, and her husband Seved Ribbing who was a professor of medicine. Ludvig De Vylder studied history and languages at Lund University and also began to get involved in Elisabeth De Vylder’s studies. He saw to it that she had private lessons in English and then attended the English courses at the university. He taught her about art and literature himself and they started reading poetry together, which they continued to do during the whole of their marriage. They got engaged in secret when Elisabeth De Vylder was 16 years old.

Maria and Seved Ribbing were strong advocates of the folk high school idea, and Ludvig De Vylder broke off his plans of an academic career and became a folk high school teacher on the winter course at the Lunnevad folk high school. Elisabeth De Vylder visited him, and what she saw there made a strong impression on her. She decided to follow the same path. She therefore attended a three-month course in weaving at Thora Kulle’s weaving school in Lund in 1894, and started intensive studies of the other subjects she wanted to teach. In the summer of 1895, she was appointed to a post as teacher of weaving at the Lunnevad women’s summer courses and continued doing that for a further two summers. Here she came in contact with among others Malin Holmström-Ingers, the daughter of the couple who were the principals at Hvilans folk high school, and who were engaged in current discussions and enjoyed putting their own points of view and ideas across. They became close friends and Malin Holmström-Ingers introduced Elisabeth De Vylder to new literature that took up the issues at stake in their day.

In the autumn of 1896, Ludvig and Elisabeth De Vylder, who were now officially engaged, travelled to Boden’s recently started folk high school to work as teachers. They stayed for two winters and Elisabeth De Vylder taught the women students needlework, weaving, gymnastics and unison singing. During the summer of 1898, she also worked as a teacher at the Katrineberg folk high school in Halland, on the recently started summer course for women students.

Elisabeth De Vylder’s mother Marie Lundberg, née Brunberg, died just before her marriage. Ludvig’s mother had already died a long time previously. It was instead ”Aunt Maria”, Maria Ribbing, who was a great support for both Elisabeth De Vylder and her husband for many years. Maria Ribbing was personally acquainted with representatives of the Danish folk high school movement and she took Elisabeth De Vylder with her on a visit to the famous folk high school in Askov on Jutland during the autumn of 1898, which turned out to be a decisive experience for her. What attracted Elisabeth De Vylder above all was the spirit she encountered at Askov, with its unification of Christian faith with scientific knowledge, characterised by openness and tolerance for differing cultural expressions, and forming a feeling of fellowship in which singing was central.

After their experiences in Boden, the dream of founding their own, completely new folk high school in the most northerly regions of Sweden took root. The summer after the couple had married in 1899, they moved to Matarengi (Övertorneå) in Tornedalen to start their folk high school enterprise and here they remained until 1911. The work was arduous but successful. Nothing had been prepared, there was a severe lack of materials during the entire period, and even food ran out now and then what with transport difficulties — Haparanda was seventy kilometres away on a bad country road and the nearest railway was 180 kilometres away. The school’s economy was also meagre. Many of the students did not know any Swedish and Elisabeth De Vylder had to learn basic words and phrases in the local language Meänkieli. All activities were carried out in a combination of Swedish and Meänkieli. She had the overall responsibility as housekeeper and was also responsible for most of the teaching on the women’s course.

There was great poverty in Tornedalen and people had very little nutritious food. Healthcare was undeveloped and many were struck down with tuberculosis. The folk high school therefore saw as its assignment the reformation of diet and housekeeping studies therefore played a vital role. The women students were taught to prepare nourishing meals and Elisabeth De Vylder also introduced vegetable cultivation. Students were taught how to care for animals and a small dairy was built where students were able to learn to handle milk and prepare butter. Health studies included women’s hygiene, how to prevent illness and care for the sick. Childcare included practice in bathing and changing, using Elisabeth De Vylder’s own small children for these purposes. She also taught needlework and weaving and here the emphasis was laid on the production of essential articles like socks, towels and fabrics for clothing. Gymnastics and singing were also included in the women’s course, as were lectures on women role models like Fredrika Bremer and Florence Nightingale.

Her husband decided eventually to start studying theology and he was ordained during their time at Matarengi. He was often away travelling around the region on church business, and Elisabeth De Vylder had to be responsible for the daily running of the school which tied her down a great deal. In 1902, she was however awarded a large state grant and was therefore able to undertake a study journey of her own, when she visited among other places various crafts exhibitions in southern Sweden, also returning for a few weeks to Askov folk high school on Jutland. After her return home, she did not leave Matarengi again before 1909.

The children were also a hindrance to being away from home. Elisabeth De Vylder gave birth to eight children, of whom the first five were born at Matarengi. The De Vylder couple also took on an orphan teenaged boy as their foster son. To all her work as teacher and housewife must therefore be added all her pregnancies, births and care for her children who were taught at home during their school years. Each birth was followed by two days in bed and she used to say that gave her time to recover and read. When the family left Tornedalen in 1911 to move to Katrineberg folk high school in Halland, where her husband had just been appointed principal, it was mainly for the children’s sakes, since they suffered from the dark and cold in Northern Sweden and were often ill.

In Tornedalen, Christian revivalism was a factor to reckon with in the form of Laestadianism, and in Halland another form of strictly doctrinal revivalism was widespread and its strict rules influenced the activities at Katrineberg. This affected Elisabeth De Vylder especially, since critics pointed out that her public appearance and speaking after her births, without first having been cleansed at church, damaged the school’s reputation. The problems only diminished after a visit by the state folk high school inspector who praised the school enterprise. At Katrineberg, where she had taught previously, Elisabeth De Vylder was now responsible for the women’s summer course and for the country housekeeping school. The basis of this education was the idea of the home as women’s particular workplace. Homecare, childcare and healthcare were thus central subjects at Katrineberg as were not least matters related to women’s reproductive health, which was seen as a very controversial subject. Seved Ribbing was a frequent lecturer on the women’s summer course and his book on childcare, Våra barns fostran och vård, first published in 1892, was also used. Modern bacteriology, pasturisation, and the importance of antiseptics were subjects on the school timetable as was tuition on the history of healthcare. Singing had a special place in Elisabeth De Vylder’s heart since it contributed to the special folk high school spirit.

During her time at Katrineberg, Elisabeth De Vylder also introduced holiday weeks at the school for the women workers there, so they were able to participate in lessons and lectures. She also introduced holidays for housewives in country households, for the first time in Sweden. They were invited to spend a day listening to lectures, seeing the activities at the school and eating a good dinner. This was an event that became very popular. The first occasion attracted 350 participants from the whole of Halland. The ambition to reach out to rural women also resulted in so-called women’s days, with demonstrations of food conservation and lectures on for example ”Women and the home” and about the housewives’ movement.

Elisabeth De Vylder and her husband were both teetotallers and in Matarengi they had started a local temperance society at the school. She also established contacts with the crafts association Föreningen för Svensk Hemslöjd during the years of need in Tornedalen in 1902—1903 when the association supported local crafts by purchasing products made by the students, to help their families. At Katrineberg she started a local Red Cross group and was its chairperson for 19 years. She was also engaged in the local school council.

After her retirement from Katrineberg in 1935, Elisabeth De Vylder and her husband moved first to Lund and later, in 1942, to Nockeby in Stockholm. After her husband’s death in 1944, she began to write her memoirs. Above all, she thought of her children, but part of the extensive material was also published under the title Så minns jag det: folkhögskoleminnen och tidsbilder, in 1957. Her memoirs must be one of the best sources of knowledge in existence today about the early folk high school women teachers’ contributions and working situation.

Elisabeth De Vylder died in 1964 in Saltsjöbaden. She is buried in Bromma Cemetery. 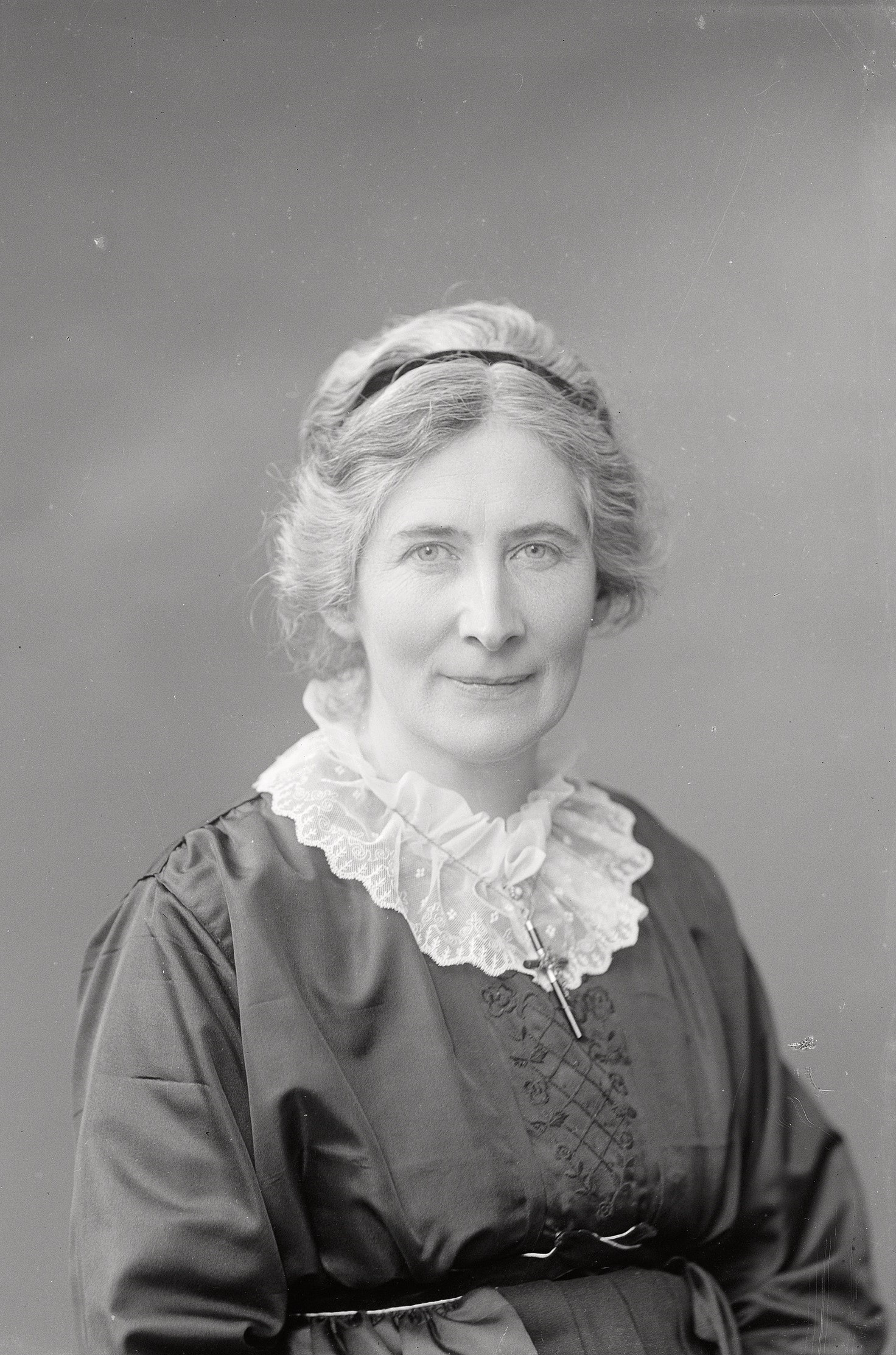