Elise Arnberg was a painter of miniatures and a photographer. She belonged to a circle of artists who experienced the decline in their usual profession when photography started to conquer Sweden and their circle of clients diminished.

Elise Arnberg was born Elisabeth Zenaide Leonarda in 1826. She was the daughter of Henrica (Henriette) Engelbrecht and her husband Eric Talén, a metal chaser, in Stockholm. Elise Arnberg studied art with the artist August Malmström who was also a professor at the Royal Swedish Academy of Fine Arts and with the artist and graphic designer Anders Lundquist at his popular design school. During her student period, she participated in exhibitions organised by the Stockholms Konstförening. Elise Arnberg dedicated herself mainly to painting miniatures on ivory. She also worked in watercolours, gouache and pastels. Elise Arnberg’s brother Wladimir Apollonius Talén also became an artist, working in the USA.

In May 1858, Elise Arnberg advertised that during a visit to Hedemora she would be painting portraits in both oils and watercolours. She advertised again in September the same year, but then it was for a drawing course that she was thinking of leading in Falun if at least ten pupils were interested. Whether or not she had any such assignments is unknown. During that period, she met works manager Thure Arnberg and they were married in March 1859 in Korsnäs. He had spent some time in California, among other things working there as a photographer and returning to Falun in 1855. According to one source, he was working as a photographer in Falun in 1857–1866. Thure Arnberg had bought a property where he opened a photography atelier. Visiting cards exist with the name “Th. Arnberg Fahlun” printed on them, but whether or not it was he who ran the atelier is not clear. It was probably Elise Arnberg who stood behind the camera. Photographs with the words “Elise Arnbergs Fotografiska Atelier i Fahlun” printed on them still exist. Elise Arnberg was active during the same period as her husband, and she continued a short time after his death in 1866 as well. Elise Arnberg was one of the first photographers resident in Falun and the first woman to practise that profession in the town.

In 1867, Elise Arnberg and her children moved back to Stockholm where she considered that she had better prospects for supporting herself and her four children. She opened a photography atelier at Regeringsgatan 28 in central Stockholm where she had her enterprise in 1867–1891. Simultaneously, she continued with her miniatures. She complemented her skills with porcelain painting for the Gustavsberg porcelain factory. The artistic vein was inherited by two of her four children. The two girls were artistically gifted but they were struck down during epidemics and died young. The elder girl, Esther, was already a recognised singer and student at the Stockholm music conservatory while the younger daughter, Elma, was a student at a teacher training college when she died. One son, Edvard, was an opera singer and voice teacher and the other son, Richard, became the managing director at Kvarnby chalk works in Malmö.

Elise Arnberg painted the royal family and there are 13 miniatures in ivory showing some members of the royal house. Her work is on display at among other places Stockholm Castle. 58 miniatures can also be seen at the National Museum and other paintings and photographs at Nordiska museet in Stockholm, Kulturen in Lund, Norrköpings Konstmuseum, Västergötlands museum and Länsmuseet Gävleborg. The Falu portrait collection also has seven portraits by Elise Arnberg though signed in her maiden name, Elise Talén. Two miniatures are in private ownership. Dalarnas Museum also has photographs taken by Elise Arnberg, among others an early exterior view from Södra Mariegatan and one from the Falun mines.

Elise Arnberg died in 1891 in Stockholm. 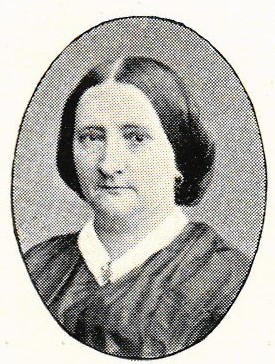