Ella Heckscher was born in Stockholm in 1882. She was the daughter of Isidor Heckscher, a legal practitioner and economist, and his wife Rosa, née Meyer. Ella Heckscher had an older brother, Eli Heckscher, who became an internationally renowned economist, economic historian and eventually gained the rank of professor. The family, although of Jewish descent, was non-practising and was fully integrated into Swedish society.

Upon completing secondary school in Gothenburg, where she had moved with her parents in 1896, Ella Heckscher then attended a teacher-training course for women from 1900–1902 in Stockholm followed by a shorter course in business studies. She then spent the following two decades moving between temporary office jobs and periods of recuperation, during which she was financially supported by her father. She was deeply involved in charitable work, including efforts on behalf of tuberculosis patients.

There is no definitive evidence for when Ella Heckscher’s interest in genealogical research began. Some claim that it arose around 1914 when she moved to Uppsala. She is registered as resident in Uppsala from 1919 until her death. However, she had already started working, at an hourly rate, as an office clerk at Uppsala Landsarkiv in 1911. She set up her own company in 1918, called Genealogiska byrån, which offered commissioned research, and from 1924 onwards this became her fulltime occupation.

Prior to that, from 1922 until 1924, Ella Heckscher was employed as a genealogist at Statens institute för rasbiologi (national institute of eugenics) which had been set up by Herman Lundborg in 1921. She then became renowned as Sweden’s first state-appointed genealogist and was interviewed by weekly magazines such as Idun and Vecko-Journalen. During her time at the institute she published Släktboken. Del 1. Familjetabeller och antavla samt några råd vid upprättande av genealogiska tabeller jämte exempel in 1924. The book received favourable reviews. The following two volumes, both published in 1925, were written by Herman Lundborg, however, and subtitled Rasbiologi och rashygien samt svenska folkets rasbeskaffenhet. Korta översikter and Rasbiologisk personbeskrivning jämte formulär. Eva Heckscher’s position at the institute seems counterintuitive given her personal ethnic origins, namely that she was of Jewish descent. Indeed, she increasingly found it difficult to continue working at the institute and in 1924 she resigned from her position there.

It was then that her professional journey as a commissioned researcher began: she took on paid work in researching other people’s families, including for clients in the USA. She amassed a great number of colleagues over the years, including Ludolf Häusler and his daughter Miriam.

The Swedish regional archives were in the process of being set up during the first half of the twentieth century. The oldest sections of the previous archive collections were just beginning to be delivered to the regional archives and when more recent material existed it was not always clear that it could be accessed. A conflict arose with the Uppsala regional archivist who believed that documents remained confidential for a full 90 years after the last entry. He refused to search the archives which Ella Heckscher requested, citing the extraordinary amount of work involved. Her request for documents was then passed on to the legal ombudsman. The judgement held that both parties were partially correct but also asked the prosecutor to charge the regional archivist with misconduct. The case ended up in Svea hovrätt (Swedish court of appeal) where the archivist was released of all charges. It was not until 1937 that the still current rule about confidentiality lasting 70 years came into being. Ella Heckscher became the subject of attention in the national press as a result of this dispute.

During the spring of 1933 a readers’ debate arose in the Svenska Dagbladet newspaper regarding the need to set up a genealogical research association for amateur genealogists. The existing associations, such as Personhistoriska samfundet (PHS; Swedish society for personal history) for example, were academically oriented and had no interest in general research, or, like Skandinaviska släktstudiesamfundet (Scandinavian genealogical society), they were under the influence of the then current ideas of eugenics. Ella Heckscher participated in the wider debate, submitting contributions which were partly aimed at Bengt Hildebrand, who was the PHS secretary and the editor of its journal at the time. Ella Heckscher’s suggestions included that one of the association’s roles should be the creation of a list of names of the various genealogical manuscript collections held in Swedish archives and libraries.

Ella Heckscher belonged to a group which, from late spring onwards, worked towards setting up a new association. The surviving correspondence reveals the active role she played in the process and that it was also she who engaged in press interviews. Nevertheless, when printed invitations to the formal founding of the association were sent out in the autumn her name did not appear amongst the signatories.

Genealogiska Föreningen (Swedish genealogical society) was set up in November 1933. Ella Heckscher was on the first board, where she served as treasurer. For the first twenty years she was the sole woman on the association board. She also served on the board’s executive committee along with four men: a major, two captains, and one lieutenant. By 1934 the first lists of names were ready and it is clear that Ella Heckscher had already compiled some of the very lists that she had requested earlier. It is clear from the board’s records that she was intermittently off due to ill health and other people were then forced to manage the financial accounts.

Ella Heckscher remained a board member until 1937. She then resigned from the board after it sought – against her recommendation not to – to elect a member of Skandinaviska släktstudiesamfundet, of which Herman Lundborg was honorary chair. Ella Heckscher’s opposition to this move was only supported by the chair. She not only resigned from the board but also quit the association, rejecting the offer of an honorary membership. From then on, in addition to her paid genealogical research work, Ella Heckscher devoted her time to lecturing, radio programmes, and courses on genealogical research. It was, however, her role as author of genealogical handbooks that probably formed her most important contribution to Swedish genealogical research.

In 1938 Ella Heckscher accompanied her brother Eli Heckscher to the USA. There she gave lectures to Swedish-American associations throughout America and gave a lot of interviews to Swedish-American newspapers. She also visited the mecca of American genealogical research, Salt Lake City in Utah. This visit probably served to generate many future research commissions. During her travels Ella Heckscher wrote the manuscript of a new handbook, Sex kapitel om släktforskning. Kort handledning för amatörer, which was published in 1939. The reviews of her first book, from 1924, had called for a popular genealogical handbook and finally the request had been fulfilled. This book was re-issued in three further editions during Ella Heckscher’s lifetime: in 1954, 1955, and 1959. It was again re-issued in three new editions after her death: in 1965, 1966, and 1970 albeit it now had a new title: Släktforskning. Kort handledning för amatörer. The short periods of time between the editions released during the 1950s and 1960s reflected the growing interest exhibited in genealogical research at that time.

Ella Heckscher remained a pioneer of Swedish genealogical research for a long time. She quickly initiated steps intended to facilitate things for hobby genealogists, or amateurs as she called them. Her approach contrasted with the leading historians and genealogists of the day who were not only often academically trained but were also focused on the genealogy of the social elites. By presenting search tools, setting up a central genealogical research association, educational offerings and writing handbooks Ella Heckscher not only contributed to the massive growth in Sweden’s genealogical research movement from the mid-1900s onwards but also to the production of important tools for modern genealogical research and towards establishing the principle of open access to the archives. Ella Heckscher maintained her charitable efforts right up until the end of her life. She willed her estate to Stiftelsen Andreas Ands minne (foundation in memory of Andreas And).

Ella Heckscher died in Uppsala in 1964. She is buried at Uppsala gamla kyrkogård (old cemetery). 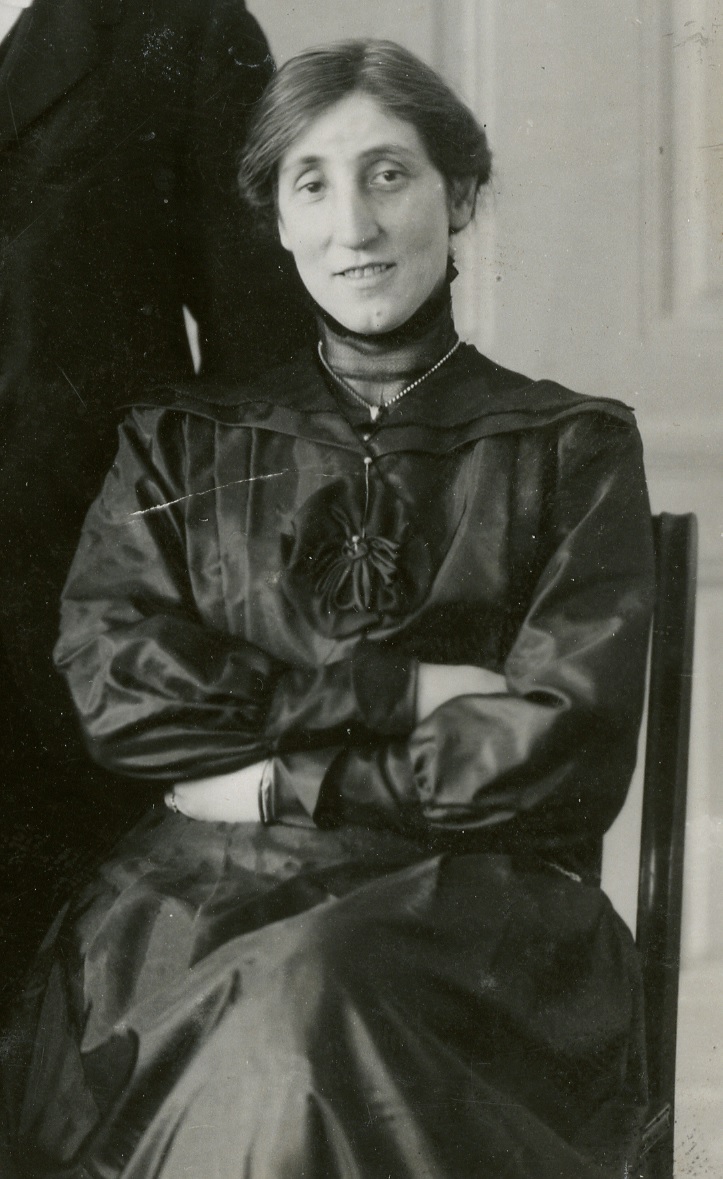