Ellen Hagen was a pioneer of and a leading figure within the women’s movement. She was a woman who tirelessly fought for women’s civic political rights. She was also an active politician and an author.

Ellen Hagen was born Ellen Helga Louise Wadström in Stockholm in 1873. She was the daughter of Helga and Bernhard Wadström. Her father was a curate within Stockholm’s Klara congregation whilst her mother Helga, née Westdahl, was an accomplished pianist, had gained academic qualifications and often submitted her own perspectives and reports to the publications which her husband edited alongside his religious activities.

In her article entitled “Som dotter som mor” Ellen Hagen paints a vivid image of her childhood, in which her mother was the first person to give her a sense of self-worth and respect. Ellen Hagen writes in a very touching way of the great sorrow she felt following the untimely demise of her mother and three of her younger sisters during the 1870s – these losses informed the rest of her life.

Following her mother’s death Eugénie came to play an important role in Ellen Hagen’s life. Her father was one of the princess’s assistants as well as her friend and so every summer the princess took in Bernhard Wadström’s four motherless children by inviting them to her Fridhem home on Gotland. Ellen Hagen’s big sister, Frida Stéenhoff, similarly served as a role model to Ellen and gave her a lot of help with her studies when she was growing up.

Ellen Hagen, along with others including Elisabeth Beskow, learned to read at the private Löwenhielmska skolan. She then attended Åhlinska skolan followed by Tekniska skolan (now Konstfack, the college of arts, crafts and design). For a few years she took private painting lessons from Richard Berg and Gottfrid Kallstenius, both artists, and she made several study visits to Great Britain, France, Germany, and Italy. In 1893 Ellen Hagen then began her career by offering professional painting, drawing and handicrafts lessons.

In 1896 Ellen Hagen married Robert Hagen, a legal practitioner and civil servant. The couple had two children, a daughter named Helga born in 1904 and a son named Tord born in 1914. In 1918 Ellen Hagen’s husband was appointed governor of Gävleborg county, at which point the family moved into Gävle castle. Ellen Hagen was very popular in her role as governor’s wife and she engaged in many social and cultural events within her new hometown. She was chair of Rädda Barnens Gävleförening (Save the Children Gävle association), De blindas vänner, and Gästriklands hemslöjdsförening (handicrafts association). Ellen Hagen made many friends in Gävle and, despite the palpable class differentiations of the era, she often invited people to hold association meetings and give talks at the castle. When her husband died in 1922 it was suggested that Ellen Hagen should succeed him and become the first female governor in Sweden. Although this proposal was discussed by the government it was in the end rejected as the relevant law was interpreted to mean that a woman was not capable of carrying out the duties of such a role.

According to Ellen Hagen she jumped “head first into the suffragette movement” but even as a child she had already been agitated by the tradition that so much more was available for boys than girls with regard to education and wider options. In 1902 Ellen Hagen set up Föreningen för kvinnans politiska rösträtt (FKPR, the local section of Landsföreningen för kvinnans politiska rösträtt LKPR, national association for women’s suffrage) in Uppsala and served as its chair until the association dissolved in 1923 following the introduction of universal suffrage. The extent to which Ellen Hagen made a popular chair was described by her friend Ann Margret Holmgren in Rösträtt för kvinnor journal on the commemoration of the association’s ten-year anniversary. She highlighted that FKPR in Uppsala would not have been as vibrant as it was without Ellen Hagen at its helm.

Ellen Hagen was one of the co-founders of LKPR and sat on its central board throughout her membership. She was one of the most frequently called-upon and treasured public speakers of the suffragette movement: her talks were described as high-spirited and were enthusiastically received. Ellen Hagen gave her first public talk in 1902 in Uppsala at which she immediately successfully convinced many in the audience to join her. Through the years she gave more than 3,000 talks across Sweden and Europe.

Ellen Hagen was appointed as Swedish delegate to about 30 international conferences, including the international conferences on women’s suffrage in London in 1909, in Budapest in 1913, and in Rome in 1923. Ellen Hagen played an important role when Sweden hosted the conference in Stockholm in 1913 and she was one of the main speakers at Skansen. In conjunction with LKPR’s 30th anniversary Ellen Hagen described the extensive efforts which lay behind the suffragette movement in the Tidevarvet journal in these words: “I have been involved in generating and distributing three mass petitions (…) How far I walked and how many explanatory words and clarifications I gave in order to obtain every valued name on the lists! Then there was the lobbying of governments and parliaments. And then endless numbers of meetings which have to be organised in Stockholm and out and about in the hundreds of local associations throughout the country. I may have set a record as a travelling speaker – in 1919 I gave over a thousand talks and since then we have not kept count”.

When the struggle was over and women could finally celebrate becoming full citizens with voting rights in 1919 Ellen Hagen was one of the celebratory speakers at “Kvinnornas medborgarfest” held at Skansen on 29 May. On the following historic day she became the first woman to ever give a public speech from the podium at Uppsala university auditorium where celebrations of the parliamentary decision continued. In the audience were the likes of Selma Lagerlöf, Valborg Olander, and Ann Margret Holmgren. The International Woman Suffrage Alliance (IWSA) awarded Ellen Hagen honorary membership in recognition of her contribution to the international suffragette struggle.

When the suffragette associations were dissolved Ellen Hagen joined Svenska Kvinnors Medborgarförbund (SKM; Swedish women’s citizens’ association) in 1921. This group was tasked with continuing the fight for women’s rights and to manage the advances already made on behalf of women. She later became the association’s chair for nearly 30 years, serving between 1936 and 1963. Ellen Hagen was politically a liberal and she believed that working for women’s emancipation and for full civic responsibility was an important condition for implementing liberal ideas. From the 1920s onwards Ellen Hagen was involved in politics in a variety of ways.

Ellen Hagen was part of the Fogelstad group’s immediate circle and in 1914 she was among those who founded the association Frisinnade Kvinnor (liberal party women), along with Ada Nilsson and others. Ellen Hagen was a member of the central board of Frisinnad Kvinnors Riksförbund (FKR) and she was appointed to Nykterhetsutskottet (temperance committee) along with Elin Sundberg, Nina Benner-Andersson and Alma Sundquist. She was also part of and a founder member of the association’s organ, the radical political journal Tidevarvet, for which she served as editor during its early years until 1925, at which point she was succeeded by Elin Wägner. When the liberal party broke up as a result of disagreements over prohibition Ellen Hagen took the side of the pro-temperance faction. The issue also had an impact on FKR with the result that a number of women opted to leave the association. In 1924 Ellen Hagen, along with pro-temperance activists like Vira Eklund and Emilie Rathou amongst others, took the initiative of establishing the Frisinnade folkpartiet (liberal people’s party) women’s group, known from 1935 onwards as Folkpartiets kvinnoförbund (FKP, now known as Liberala Kvinnor, LK, Liberal party Women), serving as the first deputy chair of the group from its outset and as its chair during the period of 1938 to 1946.

Ellen Hagen was a committed peace activist at an early stage and in 1915 she joined Internationella Kvinnoförbundet för Fred och Frihet (IKFF; international women’s federation for peace and freedom). Between the two world wars she served as Swedish delegate at the major disarmament conference held in Paris. She was chair of Svenska kvinnors hjälpaktion (Swedish women’s aid action) and she was a member of the Swedish secret anti-Nazi group called Tisdagsklubben.

Ellen Hagen expressed her heavy interests in cultural history through her literary output. She produced many brochures and articles on social concerns – particularly on public pensions, women’s position in society, and cultural history. She also wrote for herself and authored a series of popular historical biographies about figures such as Princess Eugénie, in 1929, and her paternal grandfather’s paternal uncle, Carl Bernhard Wadström, in 1946, and on Queen Margareta in 1953.

Ellen Hagen was honoured with the royal Illis quorum medal in recognition of her contributions to Swedish society and in 1953 she was made a member of the royal Order of the North Star. In 1961, at the age of 88, Ellen Hagen participated in her final international women’s conference in Athens.

Ellen Hagen died in 1967. She is buried in the Hagen family grave in Uppsala gamla kyrkogård (old cemetery). 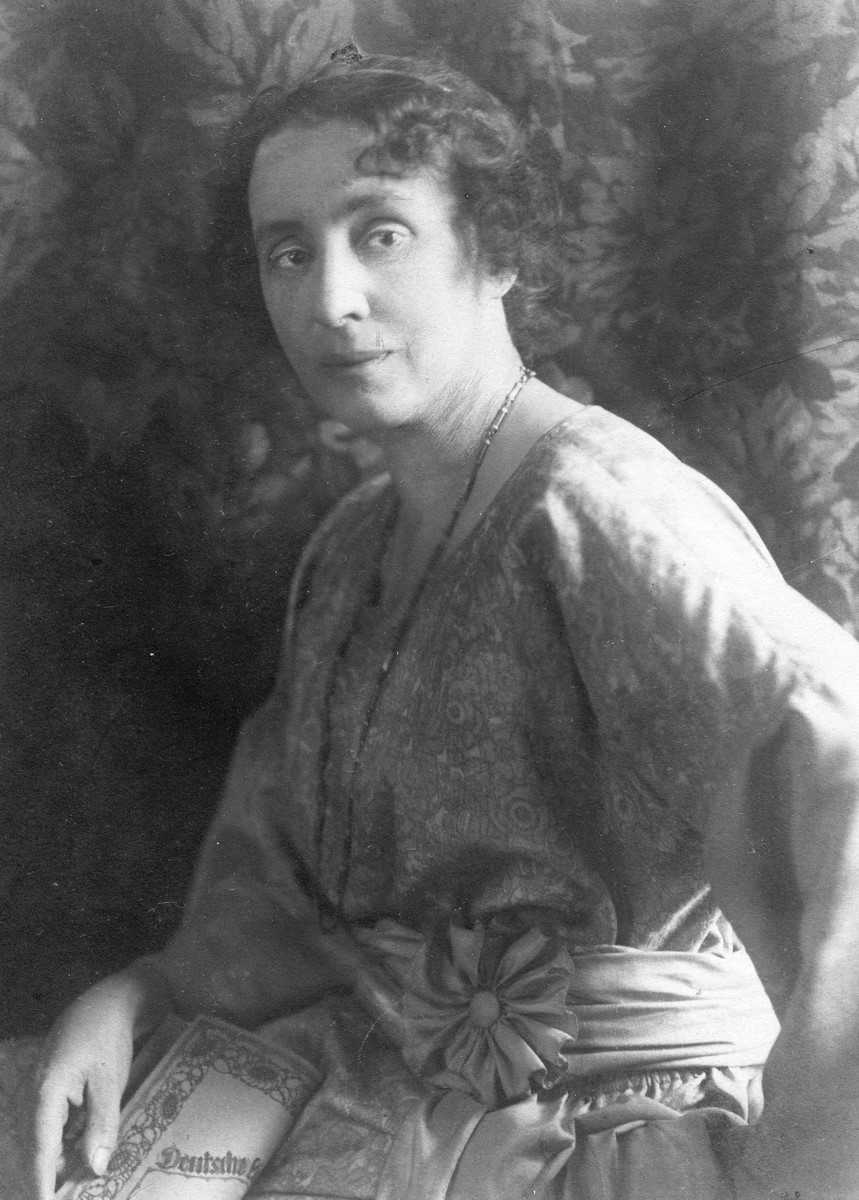