Ellen Kleman was a publicist, a women’s movement activist, and editor of the Fredrika-Bremer-Förbundet organs, Dagny and Hertha, for a quarter of a century.

Ellen Kleman was born in 1867 and grew up in Karlskrona, where her father was serving in the navy as a commander. Her mother was a housewife and looked after the family which comprised, along with Ellen, her sister Maria who was two years her senior, and Anna Kleman who was five years older. There was also a half-brother. From 1880–1885 Ellen Kleman attended Karlskrona elementary school for girls, run by Anna Fischerström. Once she had finished her education Ellen Kleman worked as a cashier in the savings department of AB Blekinge Bank in 1886. She and her sister, Anna, then left the town and headed north. Ellen Kleman initially worked at a bank in Uppsala before moving to a bank in Stockholm. She shared a home with her older sister Anna, who was employed within the insurance world. In 1887 their nephew Carl Fredrik Kleman (their half-brother’s son) was born. The boy’s mother died in childbirth and his father, Fredrik, headed off to the USA where he subsequently died. Ellen Kleman and her sister Anna then became the boy’s guardians until his teenage years when he went to live with the middle sister, Maria Stenberg. She had married and settled in Gothenburg. The sisters kept up a good relationship throughout the years.

Ellen Kleman had developed an interest in the women’s movement at an early stage and joined women’s cultural circles in the Swedish capital which actively engaged in these matters. She made her authorial debut in 1907 by publishing an historical novel entitled Fabian Wendts hustru, which told the story of a woman easily swayed by others who had no sense of herself. Later Ellen Kleman wrote the lyrics to “Svenska kvinnors medborgarsång”, composed by Emil Sjögren in 1909. This song came to play an important role in the Swedish suffragette movement, making the case for women to hold equal citizenship rights to men: “Now I demand a place and a voice beside you/ I will no longer wait and be patient - / In the name of justice, as a human and an equal, / I want civic rights in the Swedish kingdom.”

Ellen Kleman changed careers in 1907. She was invited to take on the position of editor of the Fredrika-Bremer-Förbundet journal Dagny to replace Lotten Dahlgren. She accepted the offer, remaining in post until 1913 when the journal folded for financial reasons. Ellen Kleman then became the editor of its successor, Hertha, serving from 1914 until she retired in 1932. Under her editorship Hertha became a universal organ for the Swedish women’s movement. Her role involved all editorial duties, initially producing 20 editions every year, albeit this was subsequently reduced somewhat. Ellen Kleman’s 25-year service as editor entailed a wide-ranging role. The two journals, Dagny and Hertha, published the work of many authors, thus serving as important purveyors of contemporary women’s issues, including the suffrage debate, literary criticism, and supplying information on Fredrika-Bremer-Förbundet. Ellen Kleman herself also contributed to both organs, supplying a great number of reviews, articles about women of note, articles on other women’s journals, and reports from international and national conferences. Ellen Kleman was, for example, a Swedish delegate at several International Woman Suffrage Alliance conferences: Budapest in 1913, Geneva in 1920, and Rome in 1922. She reported from all these conferences providing commentary and insights from national conferences and informing on the activities of Fredrika-Bremer-Förbundet, such as annual general meetings and other organisational events. Ellen Kleman also took on active roles with a range of organisations, serving as a board member of Fredrika-Bremer-Förbundet 1921–1923, deputy chair of the association’s Stockholm circle in 1921, and its chair 1922–1931. Further to this Ellen Kleman was a member of the board of Självförsörjande Bildade Kvinnors Vilohem (self-supporting educated women’s rest home) association 1908–1913, member of Sällskapet Nya Idun’s agency from 1909–1924, and secretary of Svenska Kvinnors Nationalförbund from 1921–1927.

Ellen Kleman met the art critic Klara Johanson, or K.J., who worked at the Stockholms Dagblad newspaper in 1908. K.J. had a pet name for Ellen Kleman, namely Choice. The Kleman sisters lived on Valhallavägen, in Östermalm in a large apartment serviced by maids. K.J. also lived in Östermalm, on Karlavägen. The letters between the two women testify to an immediate and deep love. Ellen Kleman was the practical, social, well-travelled and wealthy half of the relationship. The couple went on foreign trips together, including to Germany in 1910 and 1911, which year they also both attended the international women’s suffrage conference held in Stockholm. In the summer of 1912 they and other members of Stockholm’s intellectual women’s circles spent time at Sigrid Blomberg’s and Sigrid Leijonhufvud’s summer house in Upplands Väsby where Ellen Kleman worked on articles for Dagny. After the summer K.J. moved in with Ellen Kleman and her sister Anna at Valhallavägen 59. Anna Kleman was also active in the women’s movement and in Landsföreningen för kvinnans politiska rösträtt (LKPR, national Swedish association for women’s suffrage). There was also a live-in maid. The apartment was large, comprising an office for Ellen Kleman whilst K.J. had a so-called “book room” which served as a library and a writing area. The women socialised with female cultural celebrities and had a large and extensive social network. Ellen Kleman travelled to the preparatory meetings organised for suffragette conferences in Berlin, Dresden, Prague, Vienna and Budapest, providing reports for Dagny. She also travelled with K.J. In 1914, for instance, the couple travelled to Germany and K.J. wrote a travelogue for Hertha. The two women spoke several languages and had friends in many countries. In 1920 Ellen Kleman received a stipend from the Stockholms Dagblad newspaper which enabled her to undertake social studies in Germany and France, and the couple went on a summer-long tour of Germany, France, and Switzerland. In Paris they visited their friend Jane Gernandt-Claine. They spent other summers visiting friends at their summer houses and staying at boarding-houses throughout Sweden.

Ellen Kleman and K.J. also interacted professionally. Ellen Kleman focused on research, particularly on Fredrika Bremer, and in 1913 she and Sigrid Leijonhufvud published Fredrika Bremers bild, a collection of essays about the author, including work by Hilma Borelius, Emilia Fogelklou, Lotten Dahlgren, Klara Johansson, and Selma Lagerlöf. Ellen Kleman and K.J. worked together on Fredrika Bremer’s correspondence for several years, eventually producing a four-volume work, released by Norstedt’s publishing house over the 1915–1920 period. Ellen Kleman contributed to the Svenska kvinnor series through her book Fredrika Bremer, released by J.A. Lindblads publishing house in 1925. This was the third part in a series of biographies about famous women, where the first two volumes were dedicated to Jenny Lind, by Sigrid Elmblad, and to Hedvig Charlotta Nordenflycht, by Hilma Borelius. Ellen Kleman’s biography shed new light on the relationship between Per Böklin and Fredrika Bremer thanks to the unpublished correspondence she had gained access to through Böklin’s relations. This book was also published in Danish. Ellen Kleman was involved in raising a statue to Fredrika Bremer before the Second World War. She, along with other women including Sigrid Leijonhufvud and Lydia Wahlström, worked on the matter as members of the Fredrika Bremer statue committee. Ellen Kleman chaired the committee from 1925 until 1927 when the statue, produced by the sculptor Sigrid Fridman, was finally unveiled. Sigrid Fridman and Klara Johanson had entered into a romantic relationship in 1925, which was accepted by all involved and lasted until K.J.’s death in 1948.

Ellen Kleman finished working as editor of Hertha in 1932. She had then served as editor for a quarter century and was 65 years old. She continued her active life as a pensioner, still writing, and in 1938 she published a short essay entitled Fredrika Bremer and America, released through Åhlén & Åkerlund publishers. However, primarily, she was socially active on behalf of refugees. During the 1934–1940 period she served as secretary and treasurer of Insamlingen för landsflyktiga intellektuella (fundraising for intellectual refugees), a committee which campaigned for the awarding of a greater number of entry-, residence-, and work-permits to refugees in Sweden. When the committee folded in 1940 due to financial reasons Ellen Kleman carried on working privately. She undertook major and visible efforts on behalf of refugees and against Nazism. In 1940 she joined the so-called Tuesday club which had been founded by the author Amelie Posse that same year to serve as a forum to discuss social welfare problems. The members included many cultural celebrities, such as the author Marika Stiernstedt and Ture Nerman, an author, journalist and editor of the weekly Trots allt!, 1939–1946. In 1940 Ellen Kleman became a shareholder in the weekly which supported democracy and fought against dictatorships.

Ellen Kleman and K.J. continued living with Ellen’s sister Anna, until 1936 at which point Anna began to find it difficult to climb the stairs and so moved to Windsor boarding-house. The following year Ellen Kleman and K.J. moved to a modern functionalist apartment, comprising three rooms and a kitchen and located at Drottningholmsvägen 76, in what was then a newly-constructed part of town in Kungsholmen. Ellen Kleman, who devoted her time to the increasing number of refugees arriving in Sweden, was fit and managed the household, their social lives, and especially K.J. who was not a practical person and was often unwell. Ellen Kleman also made regular visits to Anna whose health continued to decline, until her eventual death in 1940. Ellen Kleman’s other sister, Maria, who had moved to Stockholm died nine days later.

Ellen Kleman turned 75 in the summer of 1942 and in order to avoid any kind of festivities she and K.J. disappeared to Sigtuna. On their return home she was inundated with telegrams and tributes. She was fairly well-known by the public who held her in high regard. That year, 1942, she was awarded the Illis quorum royal medal. She spent the final years of her life collating yet another selection of Fredrika Bremer’s correspondence. The book, entitled Fredrika Bremer i brev: Ett urval, with a foreword supplied by Klara Johanson, was posthumously published in 1944.

Ellen Kleman died in 1943 and is buried at Galärvarvet cemetery in Stockholm. 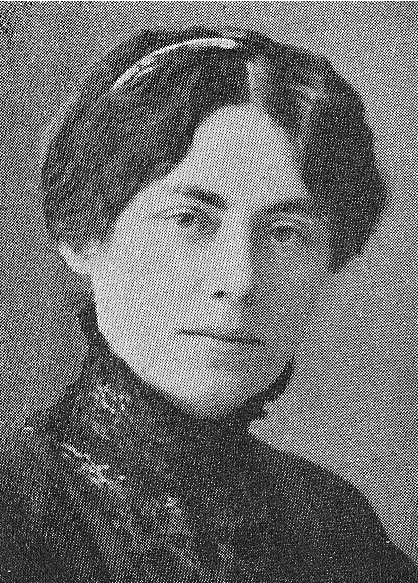