Eleonora (Ellen) Palmstierna was an important figure within the women’s suffrage- and peace movements of the early 1900s. She was also one of the founders of the Swedish section of Rädda Barnen (Save the Children) in 1919.

Ellen Palmstierna was born in 1869. She was the daughter of a nobleman and an officer. She grew up in Stockholm. In 1896 she married Baron and Major Samuel Henrik Fabian Lilliecreutz. They settled in Jönköping. There she became involved in the local society for women’s suffrage, for which she also served as chair from 1910–1911. Following Ellen Palmstierna’s divorce from her husband in 1911 she returned to the capital city, where she continued her social and political activities. She took on the role of assistant secretary of Landsföreningen för kvinnans politiska rösträtt (LKPR) (national association for women’s suffrage) and in the ensuing years she worked at the Stockholm city sugar board. She was also a librarian at Centralförbundet för socialt arbete (CSA) (national association for social welfare).

Ellen Palmstierna’s social circle included the likes of Elin Wägner and she was actively engaged within the peace movement during the First World War. She attended the international congress of women for peace held at The Hague in 1915, representing the Swedish delegation. She was also one of the founders of Internationella Kvinnokommittén för varaktig fred (international committee of women for permanent peace). She was secretary of the Swedish division from 1915–1919 and also held a position of trust within the organisation at an international level. As one of the delegates to The Hague congress she was sent to Russia in 1915 along with Jane Addams and Emily Greene Balch. The delegates discussed the resolution of The Hague Congress at St Petersburg with a number of people, including the Russian Foreign Minister Sergei Sazorov. The following year Ellen Palmstierna returned to Russia on behalf of the Neutral Conference for Continuous Mediation in Stockholm, which formed a part of Henry Ford’s peace efforts. The conference gathered delegates from the USA, Denmark, Sweden, Norway, the Netherlands, and Switzerland in the hopes of organising neutral attempts at official mediation to bring an end to the war. In May 1916 the conference published its manifesto and during the summer delegates were sent to Great Britain, Germany, Russia, and the USA, all to no avail. Eventually the International Committee for Immediate Mediation grew out of the conference. During the interwar years Ellen Palmstierna continued her peace activism, including participation in an action in 1935 called “Kvinnornas vapenlösa uppror mot kriget” (the women’s unarmed rebellion against war).

Ellen Palmstierna was one of the people who founded the Rädda Barnen organisation in Sweden in 1919. She became the first chair of the organisation. Shortly thereafter she went to Berlin, Vienna, and Budapest in order to investigate the enormous need for aid there and to inspect Rädda Barnen’s activities on the spot. She recounted the impressions she gained from her travels in the Swedish press and in the Rädda Barnen organ, Rädda Barnen. Her book Några intryck av nöden i Österrike och Ungern was published in 1920. Ellen Palmstierna was also active within Rädda Barnen’s international joint committee Union Internationale de secours aux enfants and she attended the union meeting at Geneva as a Swedish delegate. She resigned as chair of the Swedish Rädda Barnen following internal struggles in 1922 and was succeeded by Anna Lindhagen. However, she returned as the organisation chair for a second time during the 1928–1932 period. The same year that she resigned as chair she was awarded the royal Illis quorum medal in recognition of her social and humanitarian efforts.

Ellen Palmstierna’s tireless work on behalf of peace and for women’s and children’s rights means that even today she is held up as an inspirational role model, such as for the refugee aid project Stiernhopp, run by Rädda Barnen and Röda Korset (Red Cross) in Ellen Palmstierna’s old hometown of Jönköping in 2013.

Ellen Palmstierna died in 1941. She is buried at the Norra cemetery in Solna. 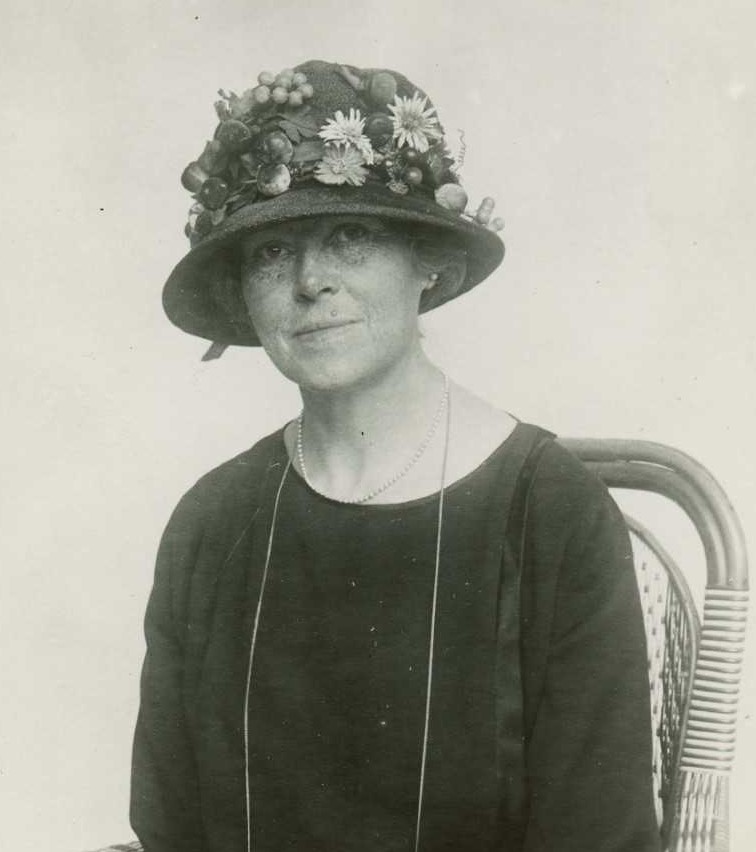