Ellinor Carleman-Beörecz was a lawyer with her own law firm in Arvika.

Ellinor Frida Carola Carleman-Beörecz was born in 1899 at Visseltofta in the county of Kristianstad. She was the youngest child of five, the others being Majken, Gösta, Torsten and Aina. Their parents were Alma Carleman née Jungbeck and her husband Carl Carleman, an elementary schoolteacher and organist.

Ellinor Carleman-Beörecz matriculated in Gothenburg in 1917, after completing her schooling. She then started studying law at the University of Uppsala, an unusual subject for women at that time. They were only four women law students in the entire university. Ellinor Carleman-Beörecz took her law degree in 1922 but at that time, women were not permitted to acquire court experience and merits through practising in a district court. As a new lawyer, she was appointed a temporary clerk at Svea Hovrätt.

She was later employed as an assistant lawyer at H. Benndorf’s Juridiska Byrå in Arvika. The city and countryside around it became her work place and she was just as interested in her clients and their small worries as she was in major lawsuits. In due course, the association Advokatsamfundet opened up for women members and Ellinor Carleman-Beörecz joined it in 1927.

In 1938, Ellinor Carleman-Beörecz was made a partner and joint owner of H. Benndorf’s Juridiska Byrå. For many years, she was for periods the acting notarius publicus and she was a member of various municipal committees. She had a position on the municipal council until 1963 and she was also the secretary of the wages committee. Parallel to her municipal assignments, she ran the law firm until 1951 when she took it over after her colleague’s retirement.

As a lawyer, Ellinor Carleman-Beörecz handled a wide range of cases, like for example family law including divorces, paternity and childcare cases, traffic or crime cases. She set up wills, contracts and estates. She was especially interested in property and water cases. She liked studying old maps and probates signed with a cross by illiterate people. It often happened that she had to go out to the property involved. The whole of the province of western Värmland was Ellinor Carleman-Beörecz’ work place so her work trips could be long.

For several years during the 1960s, Ellinor Carleman-Beörecz was the chairperson of the Värmland provincial legal association: Juristföreningen. In an article in the major daily newspaper Dagens Nyheter in 1970, she is described as running a law firm in Arvika with her colleague Sven Junzell. It also appeared that she had a humane view of people who had done wrong and she said of her clients: “Stupid and imprudent and careless she may be but she is seldom bad”.

Ellinor Carleman-Beörecz died on 18 April 1996. She was 96 years old, and she rests with her husband and his son Våge Albråten in Arvika Cemetery. 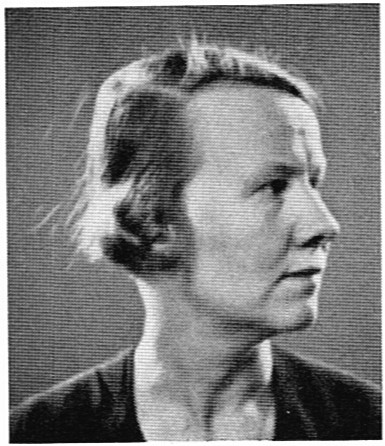