Elsa Beskow was an artist, an illustrator and first and foremost a picture book author. She was perhaps the most prominent representative of the generation of female picture book creators who emerged on the Swedish children’s book scene in the last decades of the nineteenth century.

Elsa Beskow was born in 1874. She grew up in Stockholm with her father, Bernt Maartman, a wholesale merchant from Norway, and her mother, Augusta Fahlstedt, a teacher at an elementary school. The family comprised six children, of which Elsa’s brother Hans was the eldest. Elsa Beskow was, in turn, the eldest of the girls. Elsa was only 15 years old when her father died. At that point Hans was sent away to be brought up by a maternal uncle while Augusta Fahlstedt and her five daughters moved in with her two unmarried sisters and one brother. Elsa Beskow spent the rest of her childhood within a matriarchal environment, where everything depended entirely on what the women could earn through various jobs. Her spinster aunts and maternal uncle are believed to be the role models for Elsa Beskow’s picture books about Tant Brun, Tant Grön, Tant Gredelin and Farbror Blå.

One of the schools Elsa Beskow and her sisters attended was run by one of her aunts. Subsequently she was a pupil at the Whitlock co-educational school where Ellen Key taught. Elsa Beskow continued her education at the Tekniska skolan (today University College of Arts, Crafts and Design). She got her first job as illustrator when she bravely approached the editorial board of Svensk Lärartidnings Förlag, where the gruff Amanda Hammarlund was in charge of things including the Christmas magazines. Elsa Beskow presented herself as an illustrator. This became the start of her long and successful career as an author and illustrator.

Around this time Elsa Beskow became engaged to Natanael Beskow, who was a theology student and an emerging artist. They met when he had asked her to model for him, and shortly afterwards he wrote to her seeking her hand in marriage. They married a couple of years later and settled in Djursholm in Viktor Rydberg’s sizable villa. They had six sons, of which the artist Bo Beskow and the author Gunnar Beskow became most well known. Whilst Elsa Beskow’s husband worked as pastor at his own church, and then later as principal of Djursholm co-educational school, she developed her artistic ability by creating picture books and writing fairy tales. She not only bore the main responsibility for the children in the family home but also stood for a significant amount of the family income through her work, which she completed while the children played around her.

Elsa Beskow’s first publication was released in 1897 and was entitled Sagan om den lilla, lilla gumman. This was an ancient nursery rhyme which she had learnt from her maternal grandmother when she was a little girl. She followed this with an impressive output comprising nearly 40 pieces of artistic and written work. She made her breakthrough in 1901 with the nursery rhyme Puttes äventyr i blåbärsskogen, which went on to become a classic that was read to children throughout the twentieth century. The fairy tale recounts how little Putte wants to give his mother a present on her nameday and seeks the help of Blåbärskungen (the bilberry king) and his tiny assistants in filling baskets with lingonberries and bilberries. Her other works include Olles skidfärd, 1907, Tomtebobarnen, 1910, Hattstugan, 1930, and not least the 1918 five-book series which began with Tant Grön, Tant Brun och Tant Gredelin and ended with Petter och Lottas jul, published in 1947. These books have been turned into both films and TV series.

Elsa Beskow’s book Pelles nya kläder, 1912, is a story in both pictures and words for children growing up in towns and larger societies as a result of urbanisation, explaining how sheep wool is transformed into clothing. Blomsterfesten i täppan, 1914, is perhaps the most political of her picture books. It portrays a class society in which the upper class looks angrily upon the literal intrusion of the lower class in the shape of weeds, which upsets the idyll during the flower party within the fence. However a type of civic truce is established when the independent thistle takes it upon itself to stop its fellow class members at the gate. There they can hear the refined ladies, including fru Kastenjeblom (Mrs Cherry blossom), in a singing competition. In this book, as in all her picture books, Elsa Beskow portrays the plants’ characteristic features in both shape and colour. In her 1958 biography of Elsa Beskow, Stina Hammar highlights that she did not just draw “a tree”, it was always clear exactly what kind of tree she was depicting.

Elsa Beskow wrote numerous fairy tales, which were published in several volumes. As a consequence of her experiences, including that as a drawing instructor at the Whitlock co-educational school from 1894 to 1897, she published the three-volume textbook Vill du läsa, in collaboration with Herman Siegvald from 1935 to 1937. She also illustrated a handful of books where the texts were written by other people, such as Mors lille Olle och andra visor, 1903, by Alice Tegnér, although she preferred to work with her own ideas. She lived and worked at a time when a fair number of female picture book creators came onto the children’s book scene in Sweden, such as Nanna Bendixson, Jenny Nyström, and Ottilia Adelborg. She took her inspiration from British illustrators such as Randolph Caldecott and Walter Crane, as well as from the Art Nouveau style in general. Her pedagogical thoughts on children and their reading habits came in part from Germany.

The views on Elsa Beskow’s picture books have varied throughout the years. Her middle-class family portrayals have sometimes been deemed as idealised, based on a patriarch who takes the decisions while the motherly female figures comply with their feminine roles. Nevertheless, it has been highlighted that it actually often was the women who organised and arranged things in the books and that the children are often less obedient and more adventurous than one would expect according to the times’ rules of child rearing.

Elsa Beskow died in Djursholm in 1953. She is buried at Djursholm burial ground. Sveriges Allmänna Biblioteksförening annually awards the Elsa Beskow plaque to the most deserving children’s book illustrator. 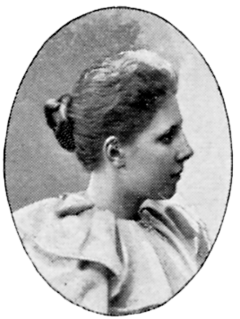