Elsa Borg, also known as “Vita Bergens ängel” (angel of Vita Berg) and “Vita Bergens drottning” (queen of Vita Berg), is often viewed as Stockholm’s first social worker. She ran Bibelkvinnohemmet (a Bible Home for women) in Södermalm, founded in 1876, which trained female aid workers and evangelists. In tandem with this pedagogical activity Elsa Borg established a comprehensive social aid agency. She was also a pioneer in the training of female missionaries.

Elsa Borg was born into a clerical family in Västmanland, but lost both her parents at a young age. She received a solid education through private institutions for the edification of girls. She was an outstanding student but she has described the pedagogical approach of that era’s institutions as torturous. After completing her education she worked as a governess for her sister’s children in Sala and later as a teacher.

From the age of 28 Elsa Borg underwent a three-year period of religious conversion. One of the catalysts for this was that her close friend Lina Husberg had converted after coming into contact with the educationalist Cecilia Fryxell. Elsa’s religious journey involved reading the Bible and Christian literature and subsequently undergoing training at Fryxell’s teacher training class. From 1857 to 1859 Elsa held a teaching post in a parson’s family near Eksjö. Borg has described her time there as happy, and one during which she finally found her religious home through contact with the evangelical revival movement influenced by Peter Lorentz Sellergren. Her Christian faith was heavily influenced by the sanctification movement which emerged from the revivalists. Her religious networks included connections to several pre-eminent people such as the revivalist preacher Carl Olof Rosenius, the American Presbyterian W. E. Boardman and the British Methodist Lord W. Radstock. The latter two were particularly important to the growth of the sanctification movement. Elsa Borg’s youngest brother Denis, who was a rural dean in Mora, also joined the pietist-revivalists.

From 1859 onwards Elsa Borg worked as the head of a newly-established Christian girls’ school in Gävle. After 15 years’ service as a valued school-head she was over-worked and resigned her post due to failing health. She withdrew to the property in Nådhammar in Sörmland where her colleague Alfhild Flodin had moved after her marriage to director H. A. Lidholm. In Nådhammer she fell in with a group of Christian philanthropists who deemed that Borg was a suitable person to set up a mission in Stockholm’s poorest parts. The plan was to establish a Bible Home for women who would hand out bibles, make home visits and help those in need. The role model for this activity was a similar agency in London, the London Bible and Domestic Female Mission, founded by Ellen Ranyard in 1857. Once Elsa Borg – after overcoming grave doubts – had accepted the task she undertook an educational visit to England to study the Bible Homes there.

In November 1876 Bibelkvinnohemmet was opened in Vita Bergen, where Skånegatan 104 lies today, and thus began Elsa Borg’s life work. Fanny Ekenstierna describes in her obituary in the magazine Dagny how “the educated woman, used to moving within completely different spheres, set up home amongst the pariahs of society”. The same article continues: “Almost 35 years ago a 50-year-old woman came to a kingdom where the tyranny of want and vice reigned supreme. This ‘kingdom’ comprised Stockholm’s most deprived quarters, the so-called ‘Hvita bergen’ in Söder’s outskirts.” The memorial notices written about Borg reveal that her work was not easy, and that it was often met with ingratitude and left her feeling abused by those she wished to help.

Elsa Borg’s dream comprised two parts: “to lend a helping hand to those suffering destitution and misery” whilst also training women to undertake that work. A key belief was that “women of the common people” were particularly suited to improving the lot of society’s poorest. Borg insisted that godliness must be practical. The fostering of orderliness and tidiness was emphasized in the training. The trainee bible women participated in all household duties and particularly assisted with voluntary social work. Voluntary work was only undertaken by women and funded through donations and through the support of sewing associations. During the first half of the 1880s the training was expanded through the addition of a seven-month long missionary course for women. A large number of the female missionaries of the time, who worked all over the world, had undergone Elsa Borg’s missionary training.

After starting in 1876 the voluntary social work rapidly expanded. Two refuges for vulnerable women were established for women who suffered from homelessness, prostitution, crime and alcoholism. Shortly thereafter five children’s homes were set up. Bibelkvinnohemmet also engaged in other socially-inclusive activities: free meals for those living nearby, sewing workshops for women and religious gatherings. By 1901, a quarter of a century after it all began, 382 women had been trained by Bibelkvinnohemmet, and of those 60 had become missionaries. 424 women had been taken in at the refuges and 153 children had been cared for at the children’s homes. From the 1890s onwards the Stockholm city provided economic support for these activities. In 1906 Elsa Borg received a prize of 1000 Swedish kroner from Idun magazine’s women’s academy, a major form of public recognition. She commented: “I had heard that young students receive stipends but never before had I heard that an eighty-year-old woman could receive one.”

Elsa Borg never married and did not have any children of her own. She ran her extensive operation entirely by herself until her death, without the help of any form of management. She appears to have been characterised by strong will and a powerful nature, described as “determined intelligence” and “complete trust in God”. Further to the comprehensive social and pedagogical work she undertook, Elsa Borg was also an accomplished writer. From 1885 onwards she published the monthly journal Trons Hvila, which reported on the work at Vita Bergen, but she also wrote commemorative publications on the activities in 1891 and 1901. Some of her publications are Åter en juvel för Frälsarens krona, 1894, Söndagsskolan, 1878, Söndagsskolans vikt och betydelse, 1905, and Några ord till de älskade systrar, som vilja söka inträde i kursen vid Hvita Bergen, 1906. Elsa Borg also composed psalms.

Elsa Borg willed the homes and her entire operation to her assistant Louise Ulff, who in turn passed it on to the Elsa Borgs Hem foundation in 1913. In 1941 the operation was taken over by Stockholms Stadsmission. A statue of Elsa Borg, sculpted by Astri Bergman Taube, can be seen in Vitabergsparken. Elsa Borg also has a street named after her in Fruängen, Stockholm. 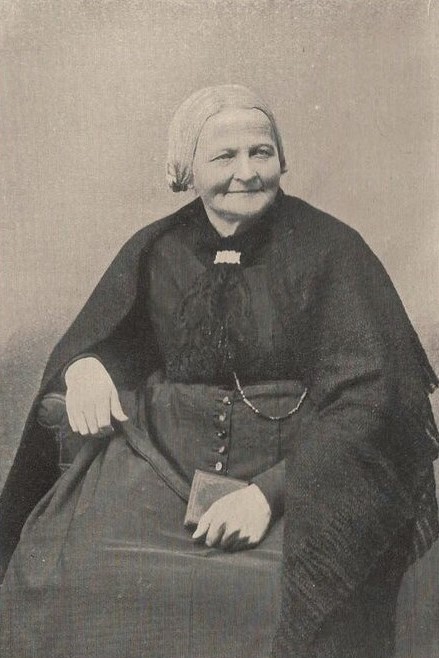