Elsa-Brita Stjernberg was born in 1923 in Gothenburg. Her parents were Sven Valentin Ekman and Elsa Teresia Bernhardina, née Larsson. It was a given that Elsa-Brita Stjernberg and her four year older sister Stina would have access to higher education. Elsa-Brita Stjernberg chose to study architecture since Chalmers in 1942 had received permission to start a four-year course in architecture, the second such complete course in Sweden after Kungliga Tekniska Högskolan (KTH). She loved her course and was engaged in various student activities. During her time as a student, she met her husband-to-be Bo Stjernberg, a technologist reading electrotechnology at Chalmers. They married in 1948 and their sons Peter and Fredrik were born in 1951 and 1955.

Elsa-Brita Stjernberg spent the first years after qualifying working as an architect with FO Peterson & Söner Byggnads AB, Sweden’s oldest building company still active today. There she participated in among other things the project planning of SKF’s main office in Gamlestaden. She planned a townhouse district at about the same time, around 1950, in Örgryte in Gothenburg.

Elsa-Brita Stjernberg founded her company Stjernberg Arkitektkontor AB in 1954. She set up her enterprise in the newly built family home of her own design at Sågspånsgatan 21 in Björkekärr, in eastern Gothenburg. There she succeeded in combining family life and her profession for two decades. She understood early on the significance of appearing in the media. In a newspaper article in the mid-1950s on representative housewives in Gothenburg, she struck a radical blow for the new-thinking, child-friendly home. In an article on her home in Femina in 1956, she showed how one could furnish one’s home practically and with open spaces for children’s play in a robust adaptable environment.

Elsa-Brita Stjernberg often underlined how well she had been treated as a professional woman and architect, though with one significant exception. When in 1955 she won an architectural competition that had been announced, for a new church in Björkekärr, she was never allowed to carry out the project. Several “serious clergymen” came to visit her and explained that they did not find it appropriate for a woman to design their church. “Then I threw the plans onto the lap of a male architect. That was the only time I felt myself discriminated against”, she said late in life in an interview on 1 August 1995 in Aftonbladet, and she returned to that event in several other contexts.

Hundreds of private houses were designed on Elsa-Brita Stjernberg’s drawing-board and her reputation grew at a time when men totally dominated the world of architecture and the whole building branch. In about 1960, she designed Ingrid Bergman’s and Lars Schmidt’s private summer cottage on Dannholmen island in the Fjällbacka archipelago north of Gothenburg. She was very active early on in the building association Byggnadstekniska Föreningen BTF in Gothenburg. During her period of studies at Chalmers, Elsa-Brita Stjernberg built up an extensive contact net with civil engineers-to-be in different fields. She was mentioned as early as 1953 in a newspaper article with a description of how BTF had gathered 200 men together for a discussion evening. Among the numerous participants were the 63 year old architect Ingrid Wallberg and the architect Elsa-Brita Stjernberg, 30 years old. 20 years later, she became the chairman of the association, in 1973–1976. She was internationally orientated and organised many competence-raising study trips to various parts of the world, for the many members of BTF with building knowledge and skills.

In 1966, Elsa-Brita Stjernberg started a lifelong cooperation with the architect Christina Hultén, née Palmgren in 1934 and thus eleven years her junior. Both women shared experiences and understanding for their situation as working mothers having to be flexible to cope with caring for children. During their entire period as mothers of small children, each had run her own architecture company while implementing many projects together in close cooperation. They participated in 19 competitions and won 16 of them.

At a point in time when the building of the city’s preschools had not yet begun, Eva-Brita Stjernberg and Christina Hultén drew the attention of the Gothenburg social authorities to the great need for organised childcare. They won an architectural competition in 1970, which led to their first working out type plans and then implementing the project development of 15 preschools in Gothenburg.

Elsa-Brita Stjernberg and Christina Hultén were included in a group of architects who decided in 1969 to found the Sveriges Arkitekters (SAR) small housing group in Gothenburg They offered advice free of charge to people who wanted to build their own homes, since they wanted to show that SAR architects could offer valuable help and design special houses at a time when about 200 mass-produced housing manufacturers were printing catalogues in which they were marketing quantities of mass-produced housing. Elsa-Brita Stjernberg was an experienced architect at the beginning of the 1970s, and she was able to demonstrate that an architect-designed house was not necessarily more expensive than a mass-produced catalogue one.

When the concert hall at the funfair Liseberg burned down in 1973, the park decided to invest in a children’s feature and employed Elsa-Brita Stjernberg as the architect. Shortly after, in 1975, she was invited to participate in an idea competition on the future development of Liseberg. It felt important to her and her collaborators when they won the competition against among others the Tivoli architects in Copenhagen. The same year, Stjernberg Arkitektkontor AB in collaboration with the architect Bengt Lidström worked out a general plan for the Liseberg area for 1976–1990 with a vision up until 2000.

An important project at Liseberg was the Taube Grove. When the memorial park was inaugurated in 1978, both Sven-Bertil and Astri Taube expressed their grateful appreciation of Elsa-Brita Stjernberg’s architectonic design. The previous year, 1977, King Carl XVI Gustaf had visited Liseberg and inaugurated a fountain and a wishing well to which Elsa-Brita Stjernberg had both taken the initiative and also designed. She had had the idea during one of her many journeys abroad. The aim was to collect money for the World Wildlife Fund WWF, in which the king was an active chairman. Another, still visible project that Elsa-Brita Stjernberg’s architects’ office carried out for Liseberg was the so-called Lisebergstornet, 147 metres high. It was originally part of the project Spaceport in 1990, that awoke much notice. The cooperation with Liseberg led to Elsa-Brita Stjernberg and Christina Hultén being given several similar assignments in Sweden, like for example Furuviksparken outside Gävle.

From the end of the 1970s, investors in Gothenburg introduced a new kind of leisure living space in Bohuslän and in the mountains, which involved several different assignments for Elsa-Brita Stjernberg and Christina Hultén. A much loved restaurant by the sea called Sju Skepp, currently Jungman Jansson, was built according to their design in Önnered in western Gothenburg. A much bigger project was Villa Maritime in Marstrand, a number of share-owned flats with a sea view and at the same time a conference venue.

After 14 years’ cooperation, Elsa-Brita Stjernberg and Christina Hultén decided to formalise their partnership in 1980 in an architects’ office owned by them both: Stjernberg Hultén Arkitekter AB. Their architects’ office was then the largest in Sweden to be owned only by women. It had at most 14 architects employed working on about 70 assignments per year, from private clients. The office also carried out about thirty international projects in 15 different countries during the years.

A large and important assignment arrived for the office in 1982, a factory for Volvo Lastvagnar at Tuve. Elsa-Brita Stjernberg took the main responsibility for the factory. The Volvo factory signalled the start of several other projects involving factory constructions. Octanova was one of the clients with among other things Octanova Textil in 1989. Another project was Svenska Skum at Rollsbo near Kungälv and in 1987, a big postal terminal was projected in Borås. When the Åbro office block was built in Mölndal in 1986, Elsa-Brita Stjernberg pointed out that it would be the first building in Gothenburg with glass façades. The greatest and perhaps most prestige-filled project apart from the Volvo factory was constituted by the two office blocks for NCC, then called JCC, in 1984–1987 on the banks of the Göta river in what was then a shabby part of Gothenburg, now Gullbergs Strandgata. The horseshoe shape with offices looking out onto the river and not least the smooth metal façades awoke discussion. It was an unusual element in the Gothenburg cityscape.

The architects’ office moved in 1985 to Ekmansgatan 3 in the Lorensberg district. Elsa-Brita Stjernberg continued to work as an architect even after having sold her share in 2007 in the company she had once founded. She designed everything manually and asked her old office for help whenever she needed to transfer anything to a computer. 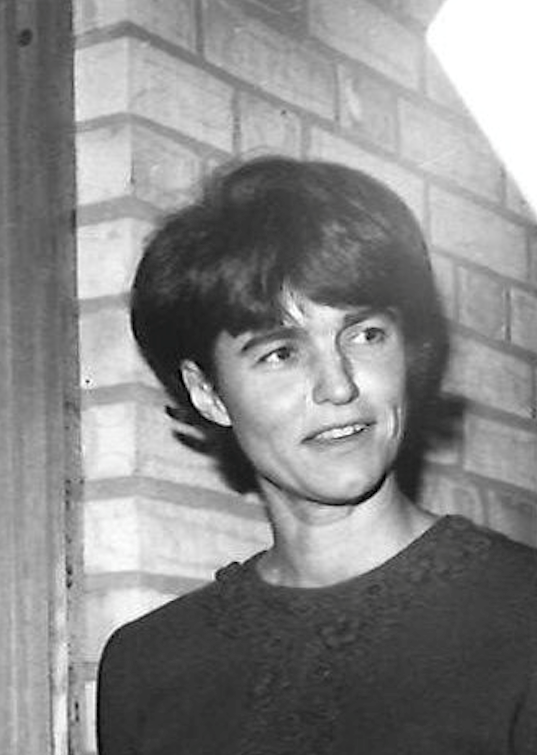