Elsa Ewerlöf was one of the pioneering female member of the right-wing party. She was active within various sections of the party organisation and as a representative both in the city council and in parliament.

Elsa Ewerlöf was born in Gränna in 1887. She lost her father when she was only one-year old: he died young, aged only 33. She and her brother were brought up by her widowed mother, Helga Sofia Löwenadler, who provided for the family as a small trader in Gränna whilst the children were young. When Elsa Ewerlöf was a teenager she and her family lived in Kristianstad, where she studied and her mother worked as an office clerk. After gaining her school-leaving certificate Else Ewerlöf registered at Uppsala university, whence she graduated in 1912 with a Bachelor’s degree in German, English, and French. She married Knut Ewerlöf that same year and they lived in Uppsala until 1931. They had three children together and her primary role was as housewife during her years in Uppsala.

It was not until the late 1930s that Elsa Ewerlöf began to devote herself seriously to politics, after the couple had moved to Stockholm. In 1942 she set up St Göran’s right-wing party women’s association and that same year she became a member of Stockholm city council, where she remained active until 1946, at which point she became the chair of the right-wing party women’s council for Stockholm city and succeeded Bertha Wellin as vice-chair of Centrala Kvinnorådet (central women’s council). From 1944-1949 Elsa Ewerlöf was the vice-chair of the Högerförbund (right-wing party association) in Stockholm and from 1946-1958 she was a parliamentary member of the second chamber, initially as a replacement during a current term of office, but subsequently elected on her own mandate. She was the sole woman who sat in the right-wing party Stockholm benches. Elsa Ewerlöf was largely active within social politics in parliament and represented the right-wing party on the childcare committee 1950-1957, in the elderly care commission 1952-1956, and in the driving sobriety committee 1957-1965. She was a member of the second laws committee which considered social issues and frequently appeared as a speaker in the second chamber. Elsa Ewerlöf wrote 50 of her own parliamentary motions on schools, culture, and social issues.

Similarly to her party activism, as chair of the Fredrika-Bremer association 1949-1958 Elsa Ewerlöf emphasised women’s obligations to take on the responsibility for which the suffragettes had campaigned. She raised the issue of providing home nursing care in 1946 already, an interest which she maintained throughout her period in parliament. Her questions included matters of health benefits for widows and divorced women, about a review of the abortion law, and about support for abortion prevention methods, as well as social services during wartime.

Throughout her time as parliamentary representative Elsa Ewerlöf was also chair of the board for the right-wing women’s association citizen’s school. At this time week-long courses were held for female members of the party from across Sweden. She, along with the board and the secretary, organised an intensive course week during which lectures were given on contemporary issues. Municipal matters – particularly social ones – were illuminated not just from the field but also from the national perspective, both practically and ideologically. Foreign affairs relating to the Nordic countries, Europe, and the UN, were often on the agenda and broadened post-war social perspectives. Matters of defence were illuminated from the foreign affairs and the military-political situation points of view. The right of asylum and refugee issues were on the agenda from an early point, from both legal and humanitarian angles. Elsa Ewerlöf’s own international activism took the form of involvement in the Swedish council for the European movement as well as in the Swedish UNESCO council. The wider significance of the right-wing party women’s civic school was extensive. Those who attended the week-long course have testified to the stimulation they gained from it in terms of everyday engagement in political groups.

Elsa Ewerlöf died in Stockholm in 1979. She is buried at the Norra cemetery in Solna. 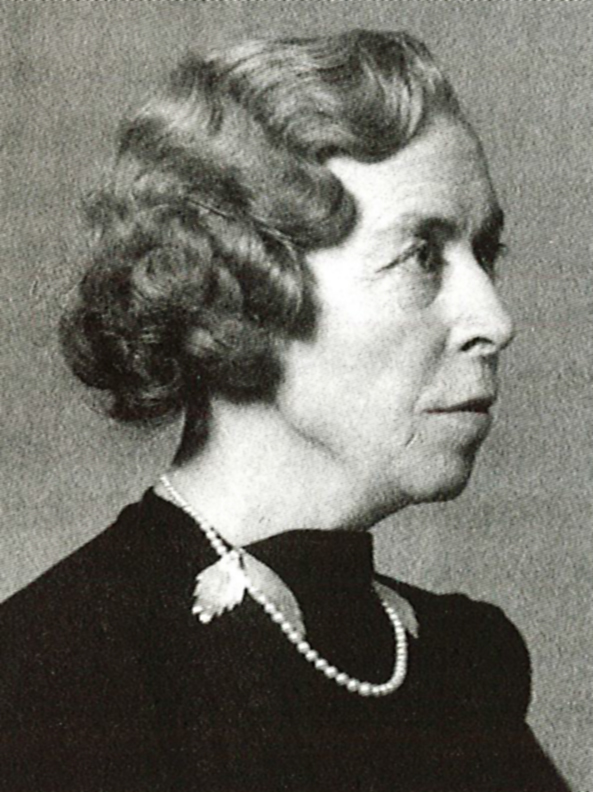