Elsa Svensson-Sanfridsson was an athlete who mostly competed in throwing sports.

Elsa Svensson-Sanfridsson was born Elsa Karolina Svensson in 1906 outside Lidköping. Her mother Matilda and a brother-in-law drowned in 1908 when their rowing-boat filled with water in bad weather on Lake Vänern. From the age of two, she was therefore brought up by her maternal grandparents. She married Axel Birger Sanfridsson in 1935. They had one son, Bill.

Elsa Svensson-Sanfridsson’s education consisted of six years at elementary school. Afterwards she worked in people’s homes, at the Lidköping Match Factory and in the family laundry company. However, it was as an athlete that she was to make her mark. She was one of the foremost athletes in 1925—1935, setting a number of new records in the competitions in which she participated for the sports club in Lidköping (Lidköpings Idrottsällskap, LIS).

In the 1920s, the opposition to women’s sport was massive in Sweden. In general, only sports that could be practised in skirts were considered suitable for women. Various experts and physicians emphasised how damaging physical exertions were for ladies. In 1926, however, Sweden’s women’s sports association (Sveriges kvinnliga idrottsförbund), founded in 1925, arranged the first Swedish championship in athletics for women at the sports park Idrottsparken Framnäs in Lidköping. There, Elsa Svensson-Sanfridsson set Swedish records in shot put and discus. The following year, she set a new world record in shot put with 10.84 metres, during a competition tour in Germany and Czechoslovakia. There she won not only shot put and discus but also 800 metres sprint.

In 1928, Elsa Svensson-Sanfridsson became the threefold Swedish champion by winning shot put, discus and javelin. That year, LIS was encouraged by the Swedish national sports association (nowadays Sveriges Riksidrottsförbund) to organise the best possible training facilities for Elsa Svensson-Sanfridsson with a view to her participation in the coming Olympic Games in Amsterdam. For some reason, the club did not rise to this challenge, which meant that she did not get picked to represent Sweden at the Olympics.

Elsa Svensson-Sanfridsson participated however in the International Women’s Games (also known as the Ladies’ Olympics) in Prague in 1930, at which she noted a sixth place in shot put, a new Swedish record of 10.88 metres , as well as a fifth place in discus. From 1929 until 1931 she was Swedish women’s champion of shot put three times and also set a new Swedish record in discus.

In 1932, Elsa Svensson-Sanfridsson left Lidköping to start competing for IK Göta in Stockholm. She won two championships for her new club in shot put and triathlon. She was picked for the Olympic Games in Los Angeles in 1932, but had to stay at home on account of lack of funding. As the first woman, Elsa Svensson-Sanfridsson was awarded the Stora grabbars märke ("Big Boys’ Badge") in 1948.

Elsa Svensson-Sanfridsson was struck down by polio and her hips and legs were paralysed. With unremitting energy and tough will power, she succeeded however in mastering the consequences of the illness. It is said that she got hold of an old sewing-machine of the type that had to be tramped, and trained with great energy until she had recovered the strength in her legs. In the mid-1950s she opened a kiosk in Solna. She looked after the kiosk on her own and drove her car herself, after having passed her driving test after only 21 hours of learner-driving.

Elsa Svensson-Sanfridsson died in 1992 in Lidköping, at 85 years of age. 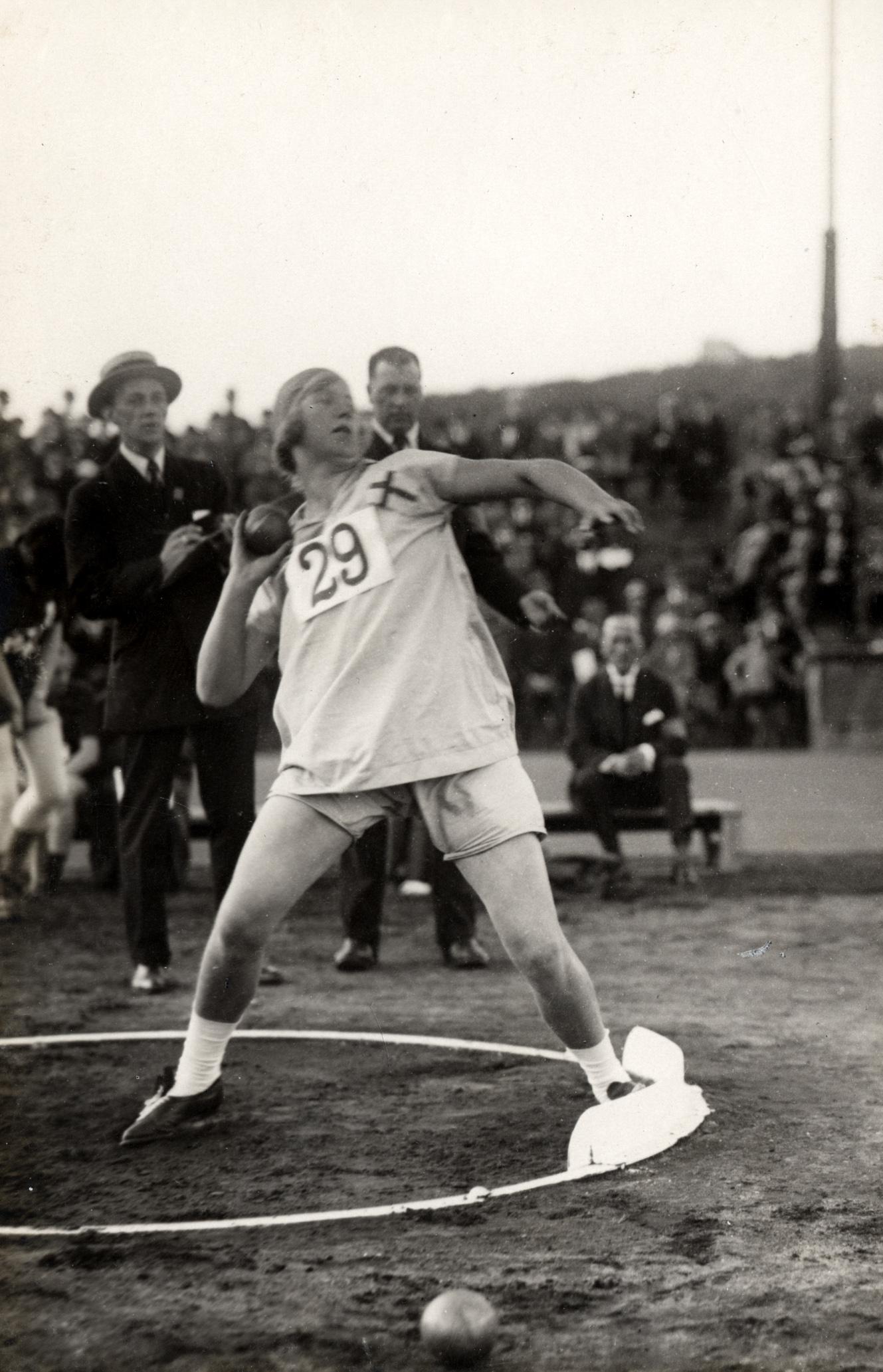