Elsa Laula Renberg was a south Sami politician, activist, and writer who actively campaigned to organise the Sami people so they could form a political presence.

Elsa Laula Renberg grew up in a poor family in Gajokfjäll in Dikanäs, Vilhelmina. She attended the Lappmissionen school in Bäcksele during the period of 1888–1891. Her father and her eight-year old brother drowned under mysterious circumstances in July 1899. Her family was, at that time, involved in a dispute with a settler family which was unwilling to allow Elsa Laula Renberg’s family to croft on their ‘lappskatteland’ (taxable land in Lappland). At this point the Sami were not entitled to cultivate the land and had no documentation proving their rights to the land. Elsa Laula Renberg’s mother, Kristina Larsdotter, travelled to Stockholm in 1900 to petition the king regarding the reindeer grazing laws of 1898. The outcome of her visit was that she received a royal letter giving her the right to live on and cultivate the land for the rest of her lifetime.

Elsa Laula Renberg actively opposed the Swedish “Lapp ska vara lapp” ("Lapps should be Lapps") policy which promoted the retention of the nomadic lifestyle by Sami reindeer-herders. In 1904 Elsa Laula Renberg was chosen as spokesperson for the Sami in Åsele, Vilhelmina, and Lycksele. As spokesperson she, along with two other Sami, travelled to Stockholm to petition King Oscar II with regard to the difficulties the Sami were experiencing. Her visit to the capital was written up in the newspapers and she came into contact with Fredrika-Bremer-Förbundet (association). Through the intercession of Queen Sofia Elsa Laula Renberg was given a study grant which enabled her to train as a midwife in Stockholm. During her time in the capital she socialised with feminists and suffragettes. This was how she became known as a feisty early champion of Sami people’s rights.

In August 1904 the Lapparnas Centralförbund (national association of Lapps) was established, the first such Sami association to be documented, and Elsa Laula Renberg was its leader. That same year a polemical pamphlet she had written was published called Inför lif eller död? Sanningsord i de Lappska förhållandena. This work emphasises the injustices inflicted upon the Sami because they did not have the right to own and live on the very ‘Lappskatteland’ for which they paid taxes. Elsa Laula Renberg highlighted the anti-Sami discrimination which resulted from the state support given to settlers who moved north and were given land to cultivate there. The pamphlet also deals with issues regarding education and voting rights. Lapparnas Centralförbund folded, however, due to a lack of funding. It was re-established in 1918, when the first ever Sami national assembly was held in Sweden, in Östersund.

In 1908 Elsa Laula Renberg married Tomas Petersen Toven. The couple adopted the surname of Renberg. They settled south of Mosjøen in Norway. They had six children together, four of which survived beyond their early years. Elsa Laula Renberg travelled around giving talks on Sami issues whilst also raising reindeer. She was convinced that the Sami had to become organised in order to gain a political presence. She and her husband set up the Brurskanken samiske lag, one of the first Sami societies in Norway. In order to get women involved the Brurskankens samiske kvindeforening was also set up, led by Elsa Laula Renberg.

In 1917 the first pan-Nordic Sami assembly was held in Trondheim. This gathering was arranged by Brurskankens samiske kvindeforening and Elsa Laula Renberg was the introductory speaker. The participants held differing opinions on whether Sami traditions should be protected or whether the Sami should become integrated into wider society. Elsa Laula Renberg was herself keen to protect the traditional lifestyle. She was also actively engaged in organising the first ever Sami national assembly in Sweden, held in Östersund in 1918.

Although Elsa Laula Renberg was considered to be a controversial figure during her lifetime she is now viewed as both a Sami pioneer and a female pioneer who successfully gained attention at a time when the Sami were suffering discrimination through the “Lapp ska vara Lapp” policy and given that women were unable to vote. Elsa Laula Renberg, as both a Sami and a woman, successfully highlighted issues of land rights, education, and civil rights. The 6 February – the date of the first Sami national assembly in Trondheim where Elsa Laula Renberg gave the introductory speech – is now celebrated as the Sami national day. When Sametinget parliamentarians from across the North met in Trondheim on 7 February 2017 they decided that Elsa Laula Renberg’s birthday (29 November) would become a general Sami flag day. Elsa Laula Renberg has also been commemorated in a theatrical production called Elsa Laula – kvinnen som sprengte grenser which had its premiere in Norwegian in Trondheim on 6 February 2012. The play has also been performed in Sweden.

Elsa Laula Renberg died as a result of tuberculosis on 22 July 1931. She is buried at Dolstad cemetery in Mosjøen. 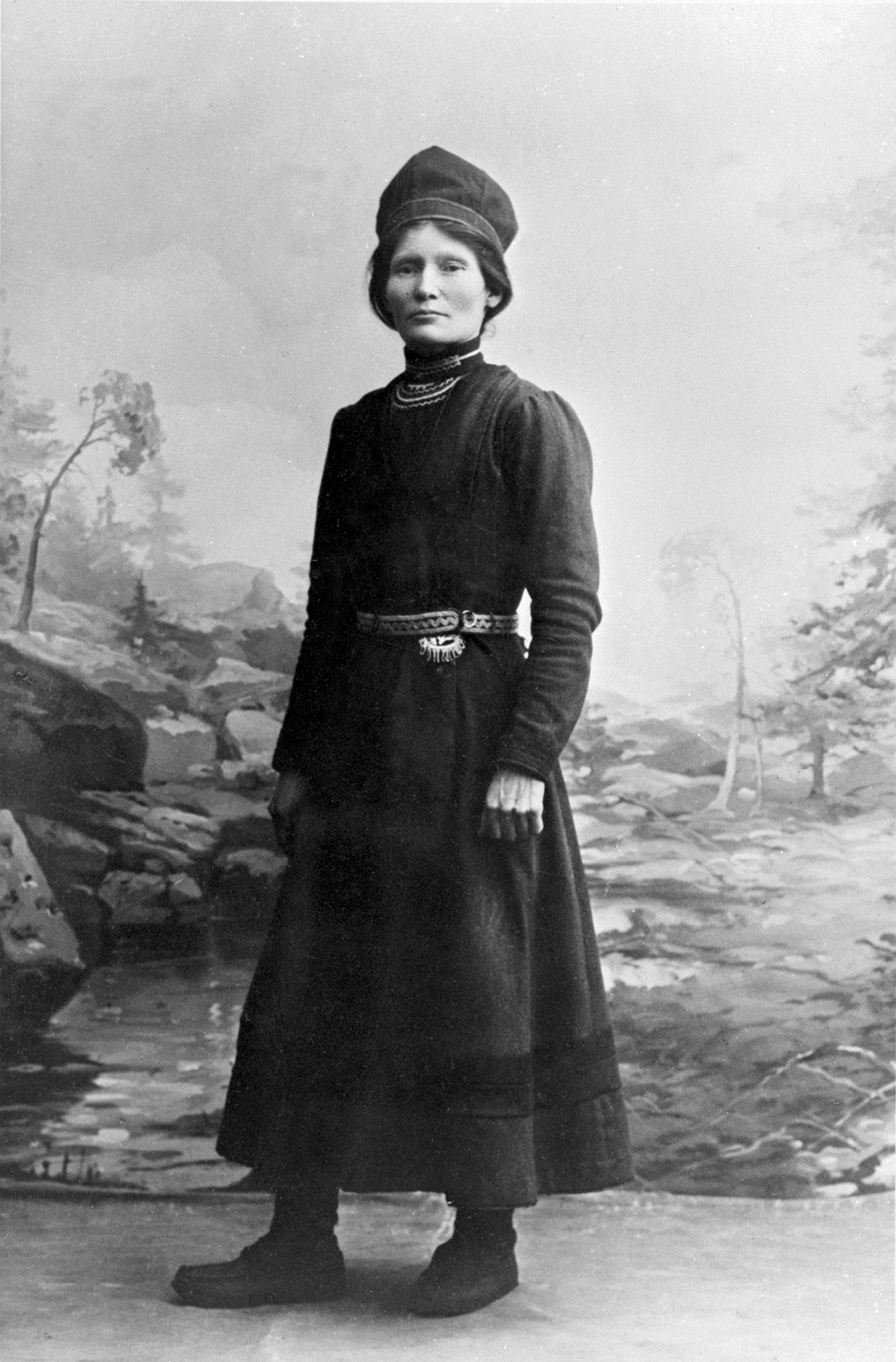