Elsa Svartengren was born in 1892, the daughter of Karin Olsdotter Wideblom and factory owner Johan Larsson Wideblom. She had four older siblings and she grew up in Sundsvall. When she was 21, Elsa Svartengren left the business college Sundsvalls Handelsinstitut (later Sundsvalls stads handelsskola) and was appointed as a bookkeeper. A few years later, she was given a post at the Hugin company that sold household appliances. She was in charge of the economy and also wrote editorial texts during 1914–1917. Later she also had the same type of post at Stockholms-Tidningen, where she stayed until 1922.

In 1927, she married Hilding Svartengren, a lecturer who enjoyed canoeing. In the book Med tält och kanot. Sex veckor i midnattssolens land that she published under her maiden name, Wideblom, it is clear that she shared his interest. The book received relatively good reviews and one reviewer emphasised Elsa Svartengren’s good spirits. Later on, she also wrote about many canoeing trips with her husband and others, among others on the River Seine from Paris to the Riviera.

Elsa Svartengren was interested in writing. That was obvious early on, as was her interest in saving newspaper clippings and creating archives. In her archive at KvinnSam, University of Gothenburg University Library, several of her letters from the 1960s and 1970s have been preserved, concerning the future Women’s History Archive (now KvinnSam), in which the librarians Asta Ekenvall and Rosa Malmström both asked for her help and thanked her for her contributions. Elsa Svartengren succeeded among other things in acquiring Kerstin Hesselgren’s archive for the Women’s History Archive in Gothenburg.

Elsa Svartengren was a social democrat and she considered this party to be the best one for women. She published articles in Social-Demokraten and from as early as 1933 also articles in the social democratic women’s association’s magazine Morgonbris under both her own name and the signature Mix, and she wrote about most subjects. She was employed at Morgonbris in 1938–1942. Later she was employed as a full-time secretary at the professional women’s association Yrkeskvinnornas riksförbund. By then she had already from 1930 started reporting from parliamentary debates under the heading ”Från riksdagsläktaren” in the left-wing women’s magazine Tidevarvet, with which she continued until 1936. In 1941, she published the book Vår riksdag. Vad angår den oss? with the member of parliament Ruth Hamrin-Thorell, who also worked at Idun and Carin Hermelin, who worked at Tidevarvet and was Honorine Hermelin’s sister. In interviews, Elsa Svartengren spoke of herself as a parliamentary journalist.

Elsa Svartengren was active in the social democratic women’s association Sveriges socialdemokratiska kvinnoförbund and in the professional women’s association Yrkeskvinnors Riksförbund, YK. In the latter capacity, in the 1940s, she engaged Ebba Holgersson, the head teacher in municipal politics at Kvinnliga Medborgarskolan at Fogelstad, to lead courses for social democratic women at the adult education centre Bommersvik. This centre was described by Elsa Svartengren in equally positive terms as others have described Kvinnliga Medborgarskolan at Fogelstad.

During the 1940s, she was employed at YK, working not only for women’s rights on the job market but also in housing politics with service accommodation. She was also engaged in committee work for the left-wing Samarbetskommittén för Svenska Kvinnors Vänsterförbund, of which both Elisabeth Tamm and Ada Nilsson were members. She became more and more involved in the circle around the Fogelstadförbundet and its magazine with the same name, in which she regularly wrote reports. She also contributed to Idun during these years. In 1956, Elsa Svartengren and Ragna Kellgren contributed to the book Fogelstad. Berättelsen om en skola, the editor of which was Elsa Björkman-Goldschmidt.

Elsa Svartengren was a feminist and she saw it as her task to report on women and women’s contributions in the community at large. She died in 1974 and is buried in Norra begravningsplatsen (the Northern Cemetery) in Solna. 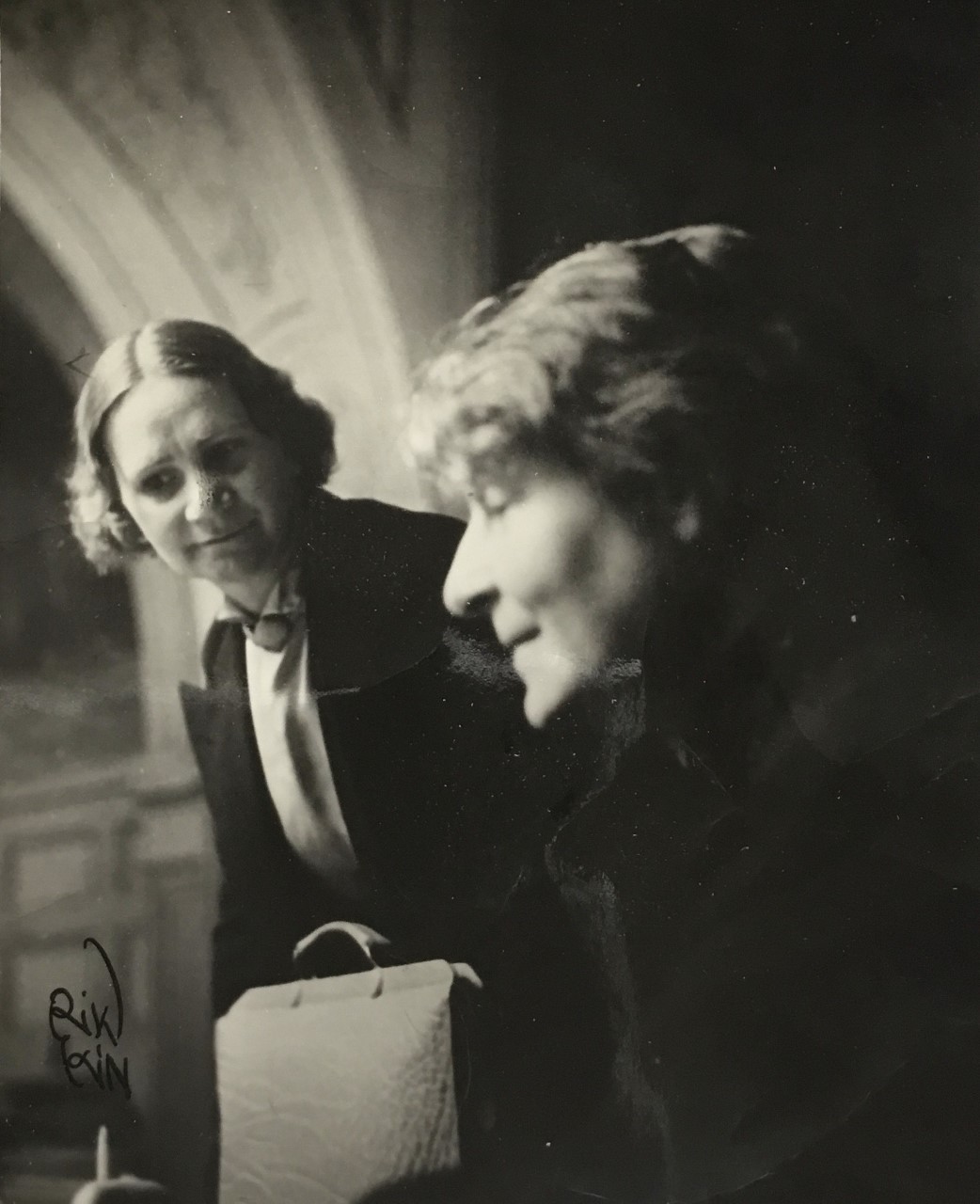