Elsie Johnson was born in Kalmar in 1894. Her parents were Efraim Månsson and Matilda, née Olsson, listed in the church register as traders. In Kalmar, Elsie Johnson attended the town’s school for girls: Elementarskolan för flickor. Instead of the final class, she took two advanced courses in home economics in Vinslöv and Kalmar respectively, and then worked in various families from 1912. Elsie Johnson continued her education in Gothenburg and qualified at the Gothenburg domestic science teachers' training college in 1916, after training for the three terms of which the course had consisted since 1909.

After shorter employment in Kalmar, Elsie Johnson was employed as one of four home consultants in Gothenburg in 1917. After the great bread revolt in the spring of 1917, it was vital to reach out to housewives through repeated home visits with advice, cookery, tips on wartime butter and rye coffee, and encouragement. The consultants also gave demonstration courses and gathered recipes for the winter and spring of 1918. The greatest social contribution made by Elsie Johnson and the others during 1918 was however when the Spanish flu ravaged Gothenburg. Then the home consultants’ help to the sick families often lasted from seven in the morning until nine at night. Elsie Johnson resigned from her post in 1921 to start working as a domestic science teacher at the Gothenburg higher elementary schools. In 1928, she was appointed as domestic science consultant to the Gothenburg general elementary school board, a post she held until her retirement in 1958.

During her long service as domestic science consultant, she succeeded in gaining a response from the Gothenburg collegiate of head teachers and the school board, both of them dominated by men, for carrying through improvements for the sake of both the subject and the pupils. Thus backward children were for example taught domestic science on the suggestion of the health committee. Also, so-called health classes and open-air schools were started in 1928 for delicate children to improve their health so they could cope with their school work. Elsie Johnson also sat on the board of the children’s school dinners and holiday camp organisation (Föreningen barnbespisningar och skollovskolonier) in Gothenburg from 1931. Plans to feed the children who were worst off had existed among Gothenburg women since the 1880s. By 1941, the work had proceeded so far that a third of the pupils were being fed, and the school board Allmänna folkskolestyrelsen took over the responsibility after that.

Between 1934 and 1958, Elsie Johnson was an expert and influential member of the board of the domestic science practical college Praktiska Hushållsskolan in Gothenburg, a boarding school started way back in 1865 in the philanthropical and radical-pedagogical spirit, but already from the beginning under the jurisdiction of the school board Allmänna folkskolestyrelsen.

When it came to teaching boys domestic science, Elsie Johnson was one of the real pioneers. The subject had been brought up at the Nordic domestic science conference in Kristiania (now Oslo) in 1920, but the suggestion awoke strong objections at the time. As a consultant, Elsie Johnson travelled around holding lectures on the subject, but many domestic science teachers were still opposed to boys’ participation in domestic science classes. However, trial classes were held in Gothenburg from 1930–1931 with two groups of seventh-years, eventually also eighth- and ninth-years. In 1941, there were 19 groups of boys and that there were not more was because of lack of premises. The classes were popular and led to many study visits from Nordic neighbours. Even teachers from the rest of Europe found their way to Gothenburg to study this novelty. In the autumn of 1952, the subject domestic science became compulsory also for boys, although initially it was only the theoretical aspect. Practical work for boys only became a reality in 1962.

Something else that was close to Elsie Johnson’s heart was to improve teaching premises. The subject was discussed continually by the teachers who had to work in them. During Elsie Johnson’s time, 40 new, rationally furnished school domestic science kitchens were opened in Gothenburg and 67 were renovated, benefitting pupils, teachers and pedagogy alike. As a committee member, she also contributed to a publication on furnishing school kitchens Hemkunskapslokalerna och deras inredning.

Schooling was constantly under change and under the leadership of Elsie Johnson, there was almost always a planning committee working on new teaching plans for domestic science. When the comprehensive school was successively introduced after 1949, Elsie Johnson was eager that the new school form should also include trial classes at the middle school level and these lessons became popular with both teachers and pupils.

The cookery book Kokbok från Göteborgs skolkök. Jämte hemmets ekonomi, närings- och födoämneslära ("Cookery-book from Gothenburg's school kitchens. Including home economy, nutrition, and dietetics") by Alma Peterson, Erika Cavallin and Ellen Wadell, had been used in school domestic science lessons since 1913. After 1939, it passed to Kate Carpenter, and Elsie Johnson and the chemist Iwan Bolin joined her. Changes in the book were in tune with other developments in the subject of domestic science, with an increase in theoretical education, not least nutrition, at the cost of the practical side including recipes. The name was changed to fit the contents: Födan – hemmet – ekonomin. Kokbok för skola och hem ("Food - home - economy. Cookery-book for schools and homes"). The book was so much liked as a textbook that it appeared in a further 14 editions up until 1964.

Elsie Johnson remained unmarried, living with her mother who had been widowed early on.

She died in Gothenburg in 1993, at 99 years of age. She is buried with her parents in the Southern Cemetery in Kalmar. 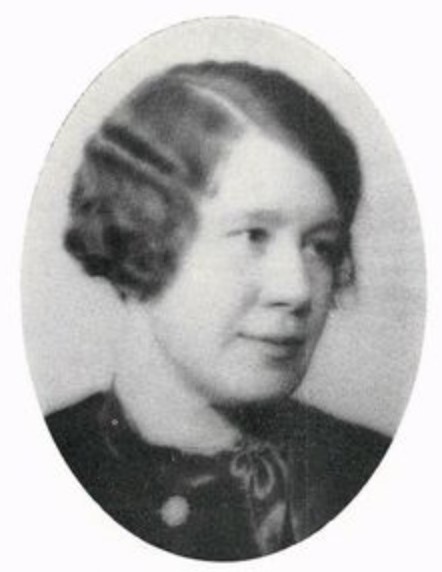