Emilie Lundberg was an actress, author and dramatist.

Emelie (Emilie) Lundberg, born in Stockholm in 1858, was the daughter of Erik Anton Lundberg, the Grand Master of the Hunt on Kungliga Djurgården, and Emilia Maria Charlotta Andersson.

According to an obituary in Idun in 1889, Emilie Lundberg grew up in a foster home. When she was about 16–17, she travelled to Italy. There she learned Italian and wrote the play Amore et onore. She herself performed the main role in a production of the play at the Teatro Fossati in Milano in 1877. After her sojourn in Italy, she travelled to Paris where she lived for a few years before returning to Sweden. After her return home, she continued acting and was engaged at Kungliga Dramatiska Teatern (now Dramaten) in 1882–1883. She started writing more and more after having completed the historical play Frihetsvännerna in 1882, dedicated to King Oskar I. Next appeared the novel Ur tvenne verldar in 1885, about an impossible love relationship. The play Förlåt mig! in 1886, is considered her most successful. She also wrote the plays Väninnor in 1886, and Mostrar in 1888, both performed but never published.

When Emilie Lundberg died at the age of only 41, she thus did not leave behind much of a literary heritage. According to the magazine Idun, she had only one published play though several that had been produced. Idun writes: “However, works from her pen are even so of a sufficient number and characteristic enough to justify the assertion that a pretty fertile literary gift was hers […] the satirical style, so utterly unmistakeable in its appearance in her writing, along with her realistic gaze and her capacity for pointed dialogue constituted the strengths of her authorship.”

According to Idun, Emilie Lundberg received a sum of money just before her death from her foster father that was intended to help her to live a life with greater scope for writing. 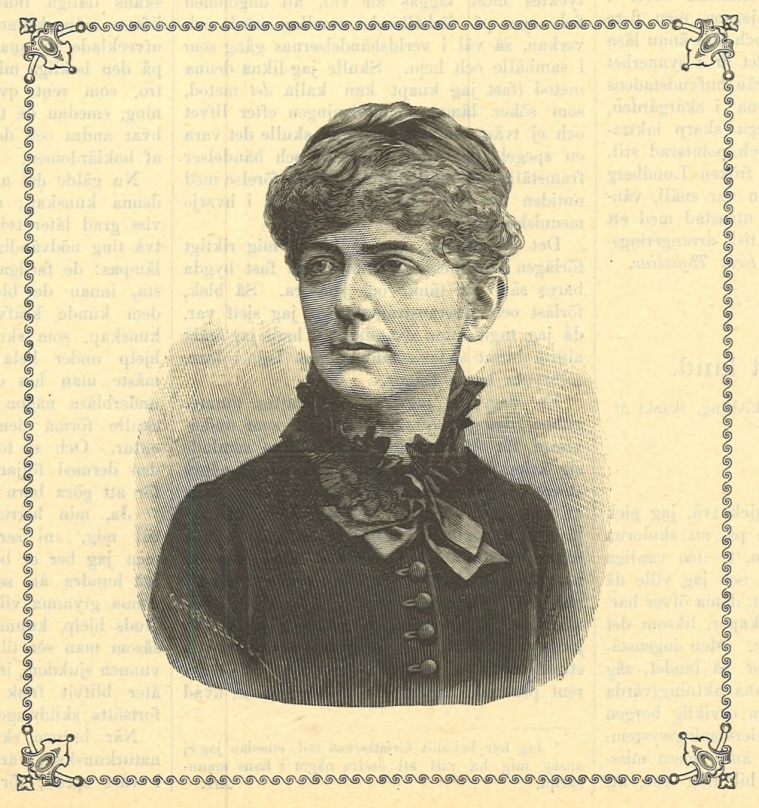